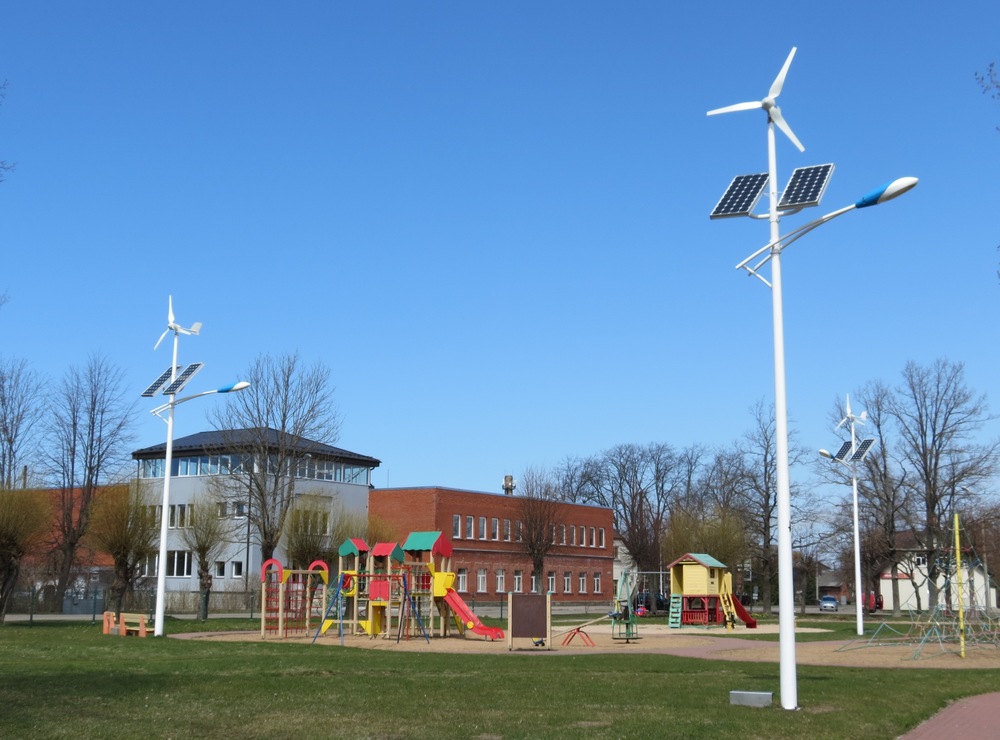 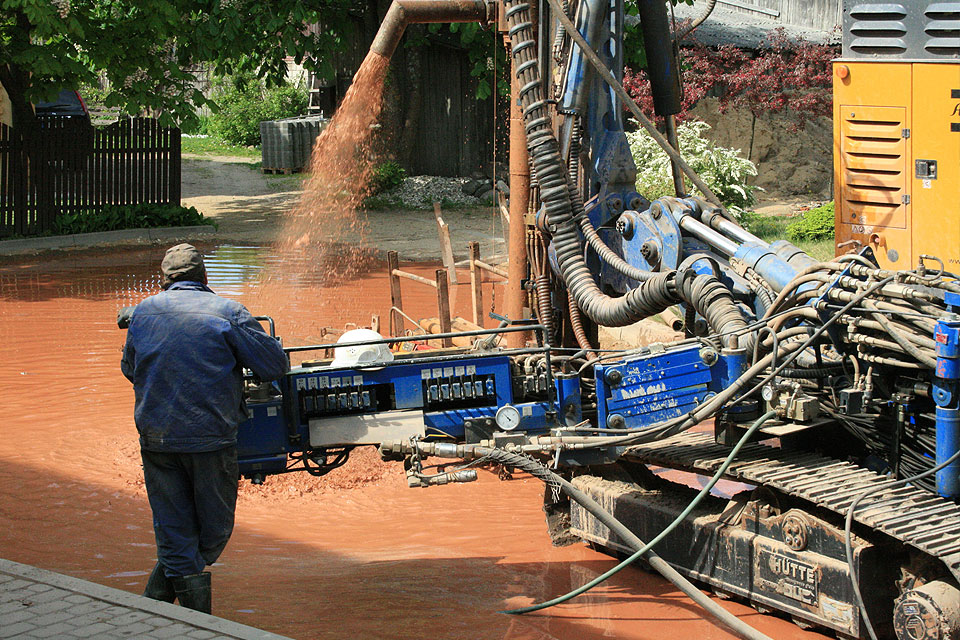 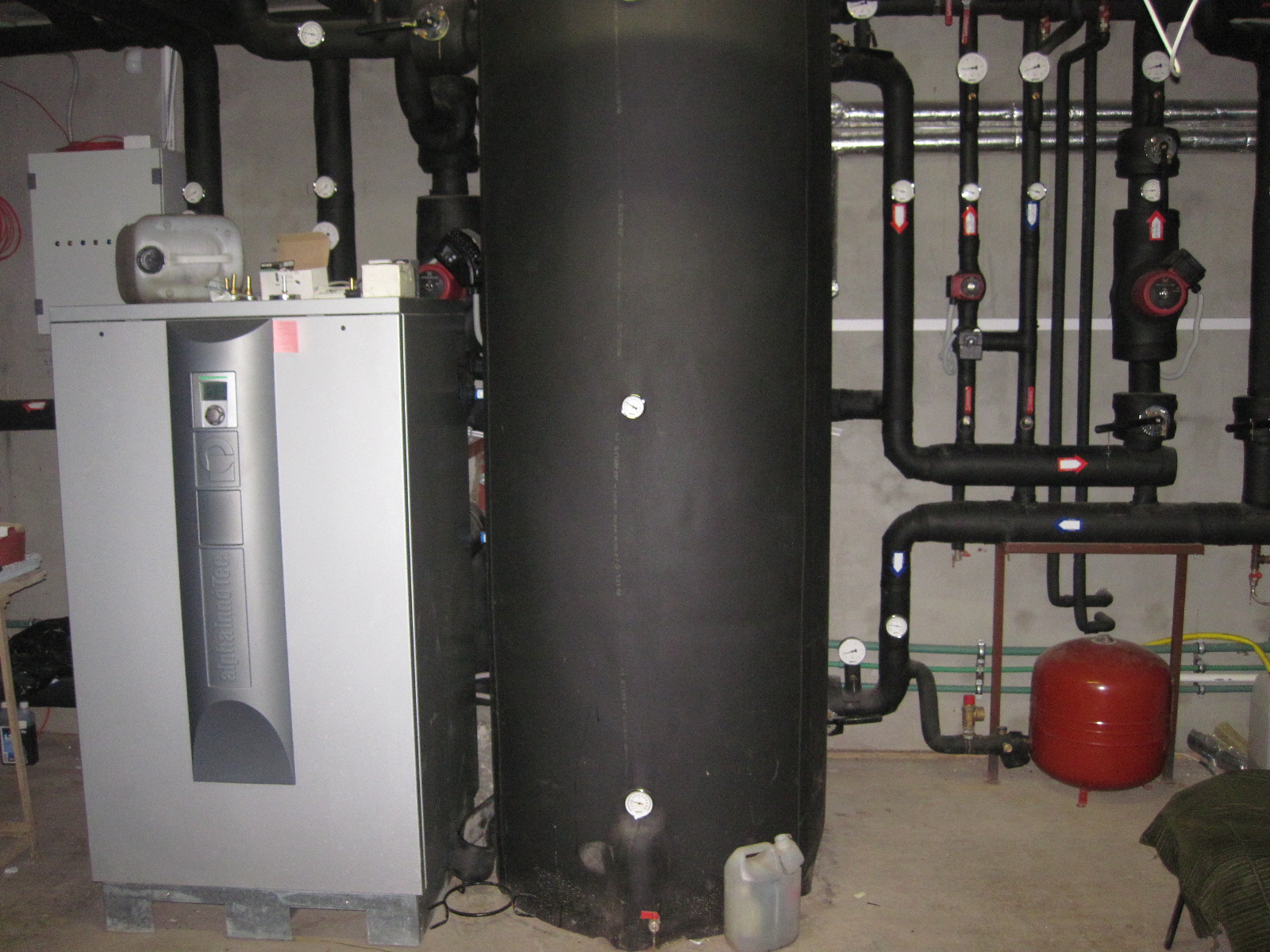 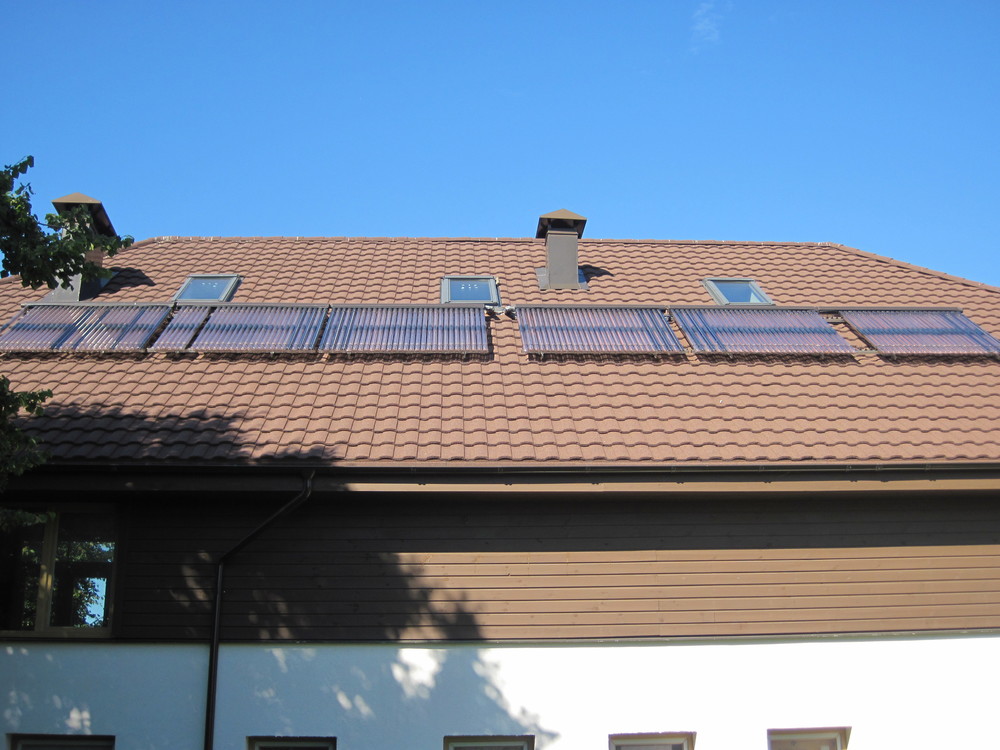 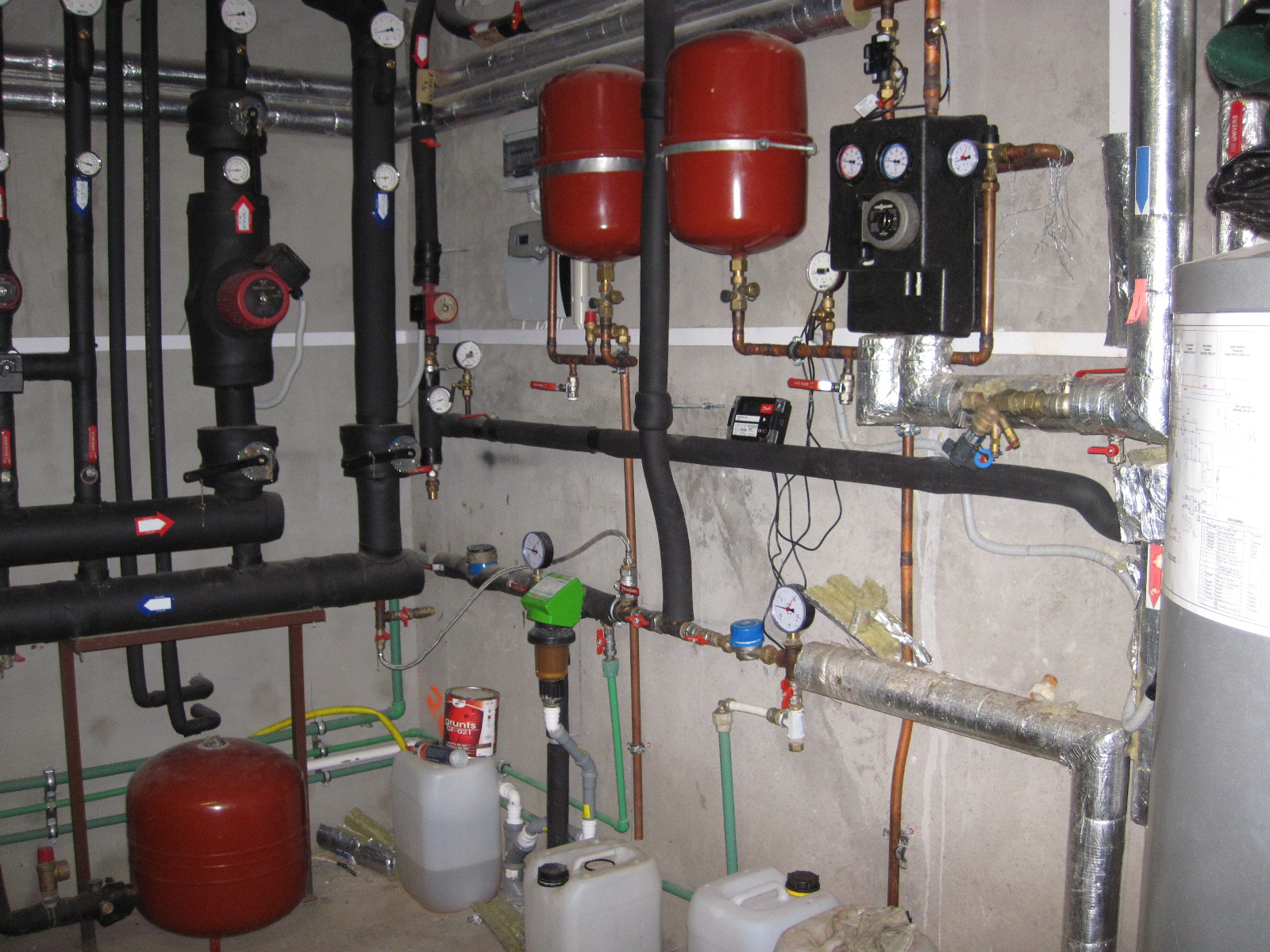 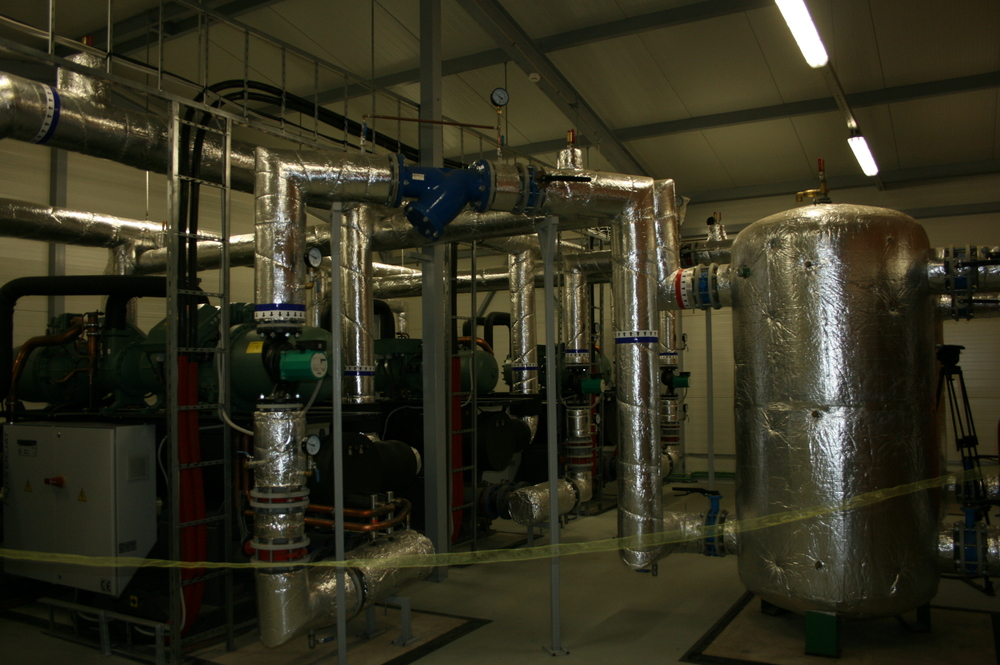 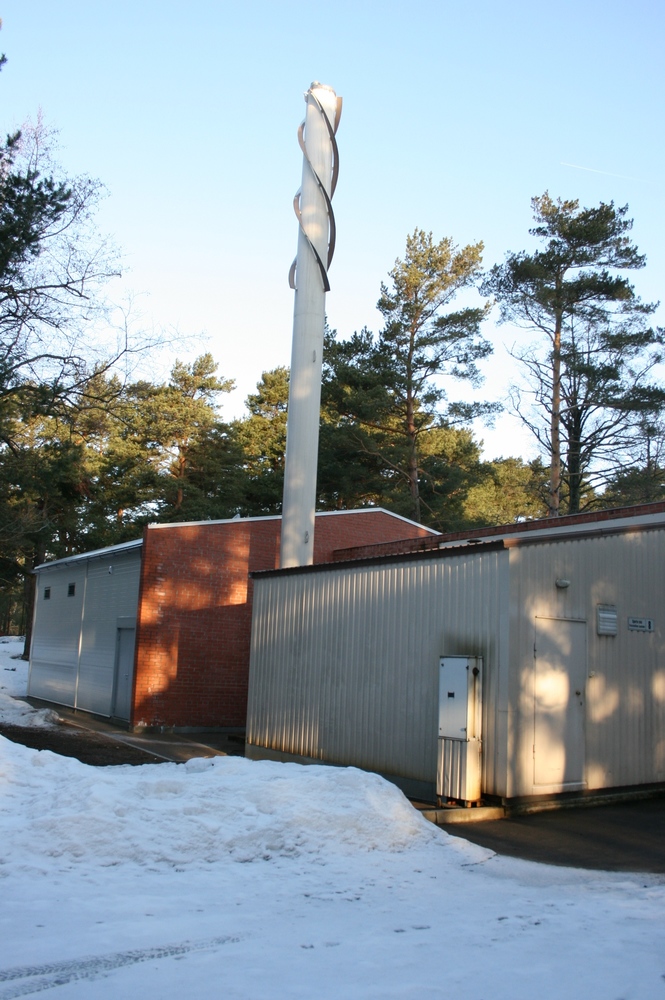 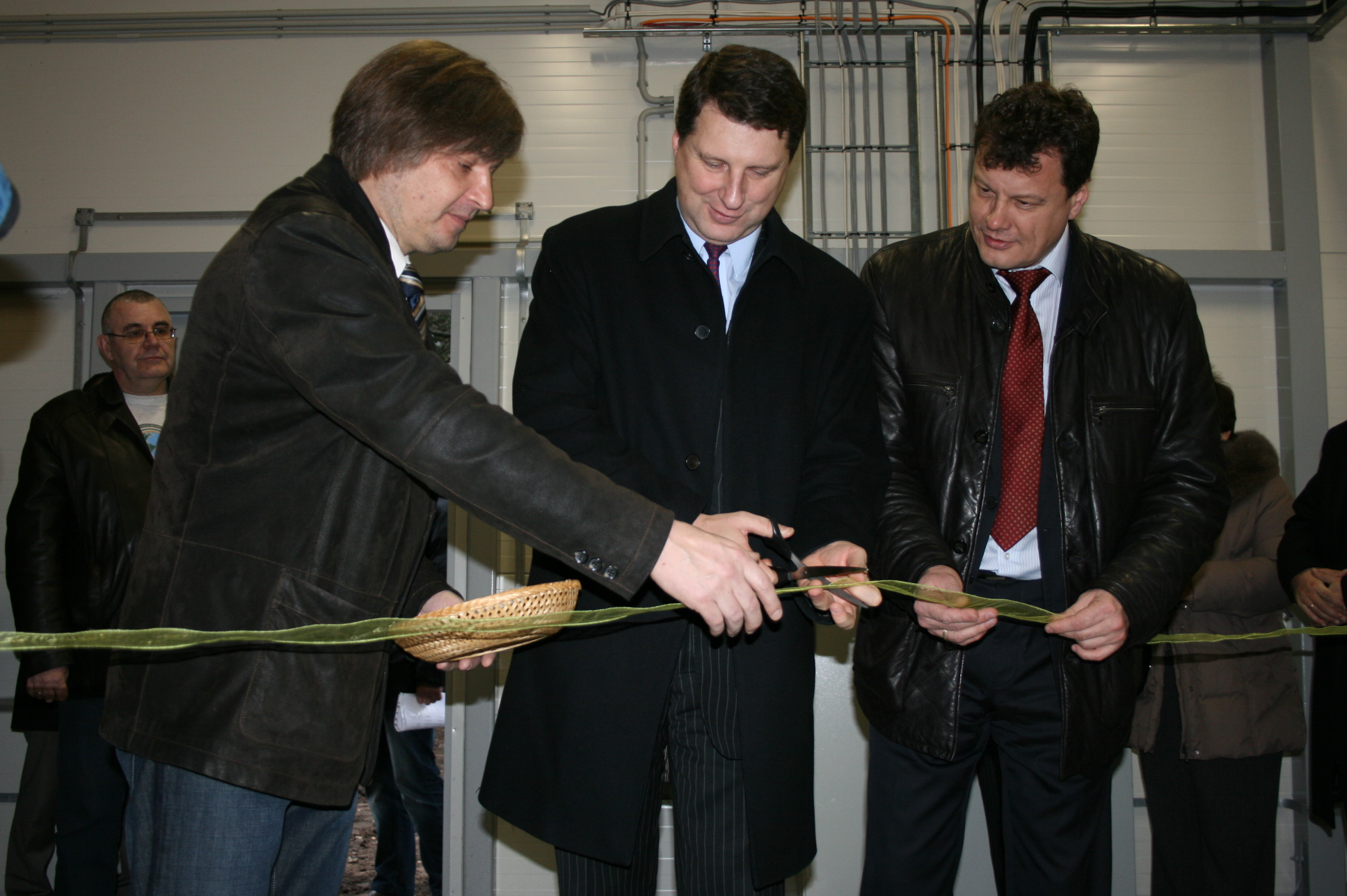 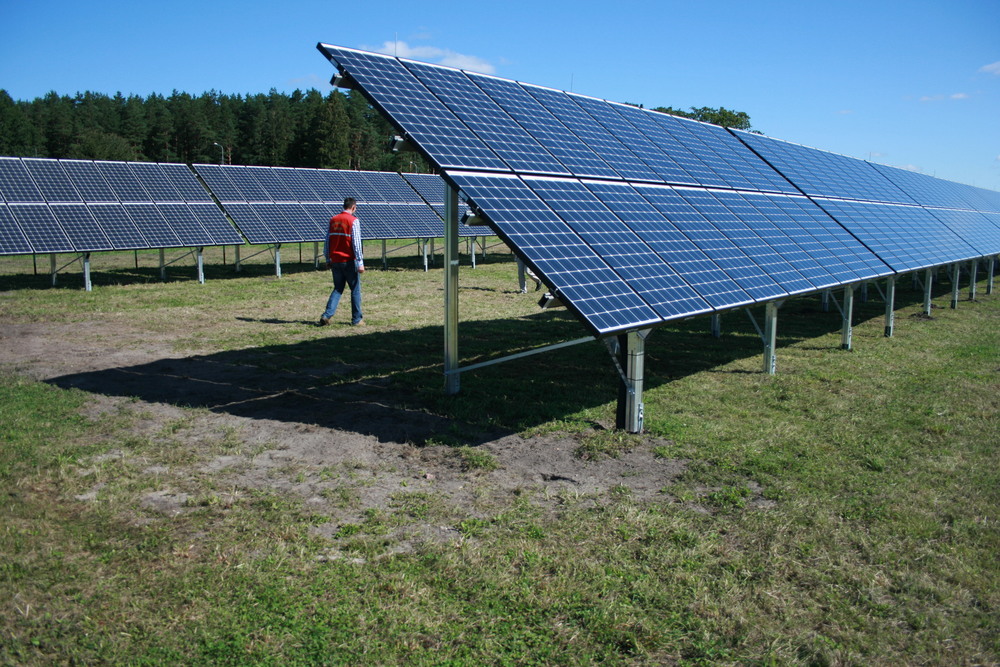 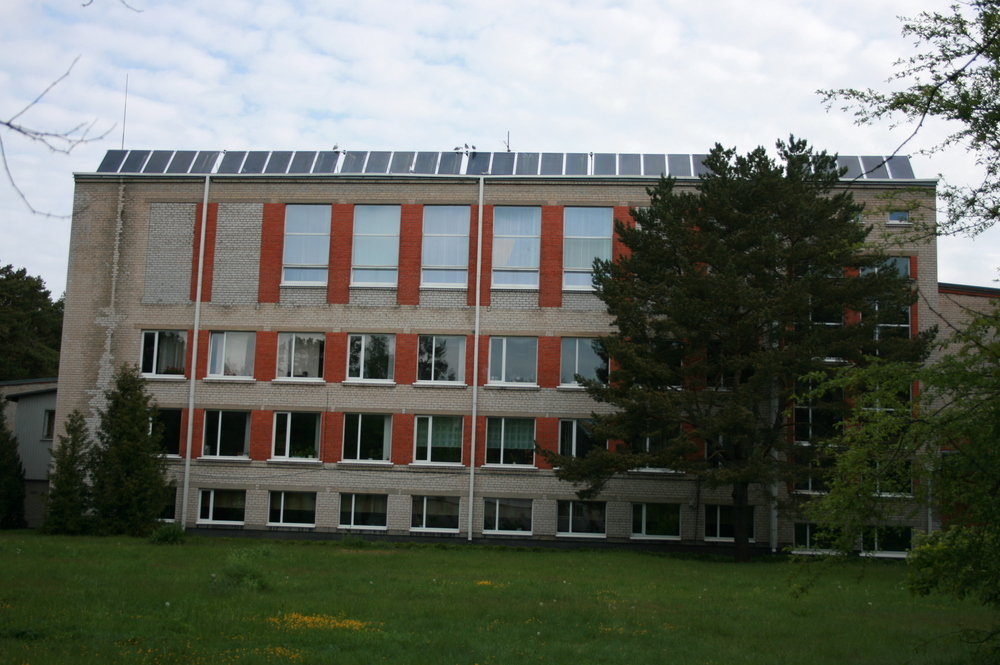 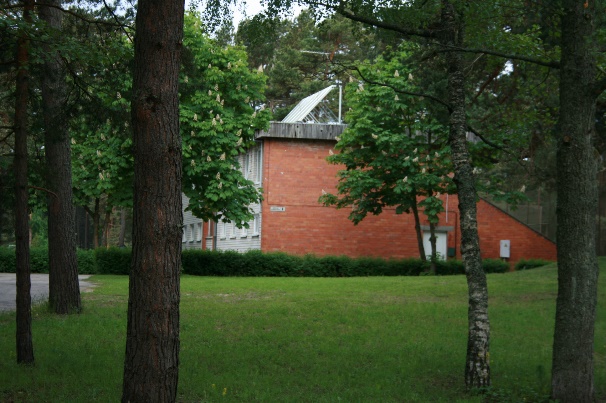 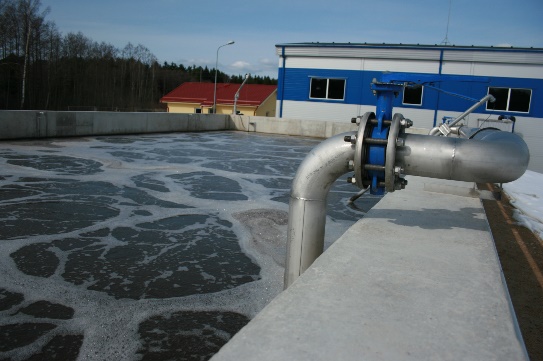 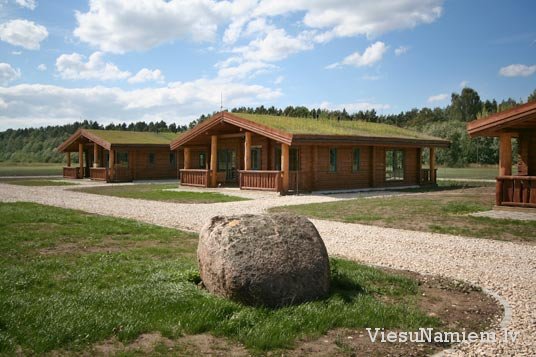 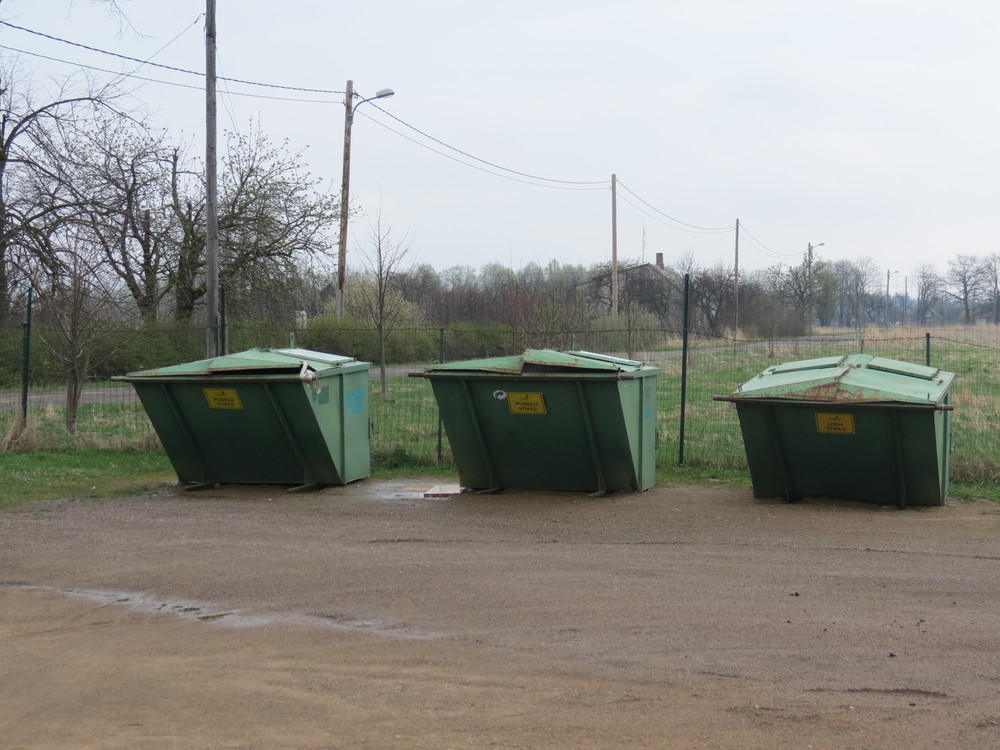 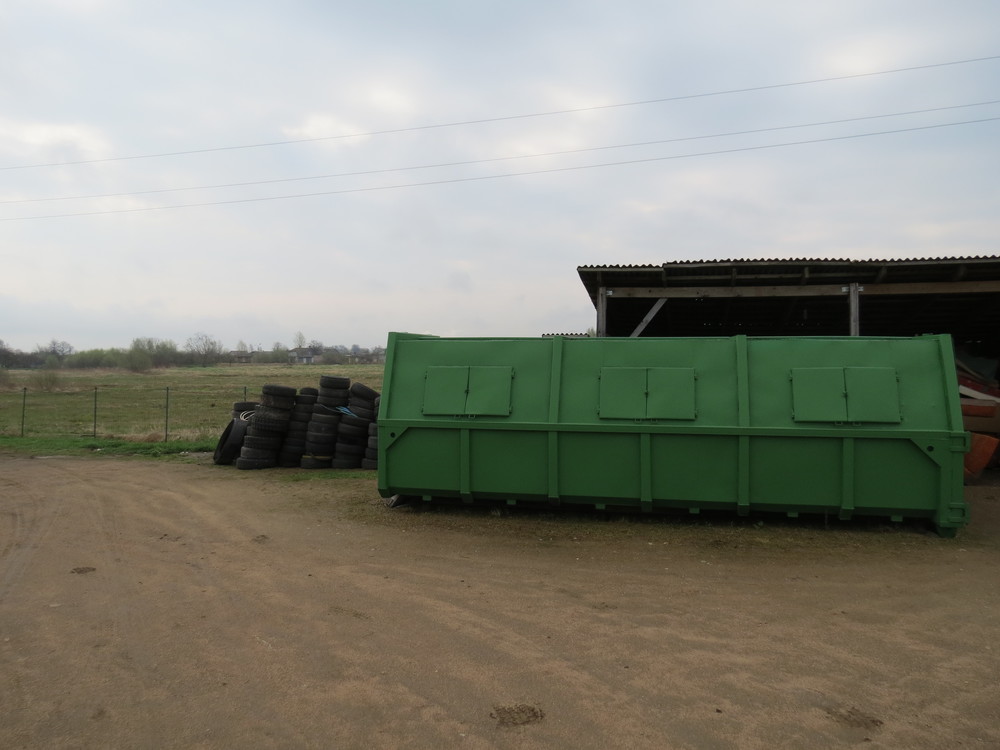 Wind and solar energy lighting poles on the children's playground on Sila Street. The first source of the alternative environmentally friendly renewable energy in Salacgriva municipality. Open on March 2, 2009.

Installation of earth probes at the northern facade of the administration building of the North Vidzeme biosphere reserve.

The executing agency - the Administration of the Nature Protection Board of the North Vidzeme biosphere reserve.

The system for the use of earth heat for heating and passive cooling of the premise with the usable area of 675m2, as well as solar energy collectors for water heating and improving the earth heat pump efficiency by using the overproduced solar heat were installed in the premises of environmental education and information centre of the North Vidzeme biosphere reserve in Salacgriva within the project. The system also contains a recuperative ventilation system, which ensures additional saving of the energy. The equipment functions in a joint system.

Such systems have high efficiency and this option is selected with the intention to reduce the management costs of the environmental and education centre. An additional benefit is the energy independence of the information centre from the heat energy supply, which appeals to many other member states of the European Union.
This is still one of the most modern and "greenest" Latvian heating systems.
The project was implemented from 22.07.2008 to 30.11.2009

The ground heat pump in the administration building of the North Vidzeme biosphere reserve at 10 a Riga Street. The system was installed for the use of geothermal energy, providing heating and cooling of the premise with floor area of 675m2.

The solar collectors for water heating were installed on the roof of the administration building of the North Vidzeme biosphere reserve at 10 a Riga Street. The area of the solar collectors of 18 m2 allows to heat 600 litres of hot water.
The project was implemented from 22.07.2008 to 30.11.2009.

The first central heating system in Latvia that uses sea heat as a renewable source of energy. The system provides the energy to Salacgriva school building as well as to the kindergarten and stadium technical building therefore, it has replaced the existing diesel boiler-house. The aim was to reduce the emission of greenhouse gas (GHG) as well as other gases simultaneously increasing the efficiency of the heating system. It was opened on November 24, 2010.

The extension to the existing diesel boiler-house at the school building where the heat pumps with the total capacity of 1.1 MW are installed. It was opened on November 24, 2010.
The external body of the heat pump is placed into the sea using trenchless technology. The heat pump is connected with the external body with pipelines through the territory of the dunes and stadium using the same trenchless technology sparing the dune territory. The total number of loop iterations placed in the sea is 18; the total length of the pipeline grid comprises 10 km. After the project was completed only the container unit/extension at the existing boiler house can be seen, the other part of the installed equipment is underground and in the sea.

One of the largest solar power stations in the Baltic states. It was opened in Dunte manor on August 30, 2012.
216 solar panels with a total capacity of 42 kilowatts, providing that the weather is sunny, were installed in solar garden (an enclosed field). The energy will be used by the Munchausen world information centre, which is in construction process, and the pub. The surplus will be given to the system of JSC Distribution network.