Back The found in the ground 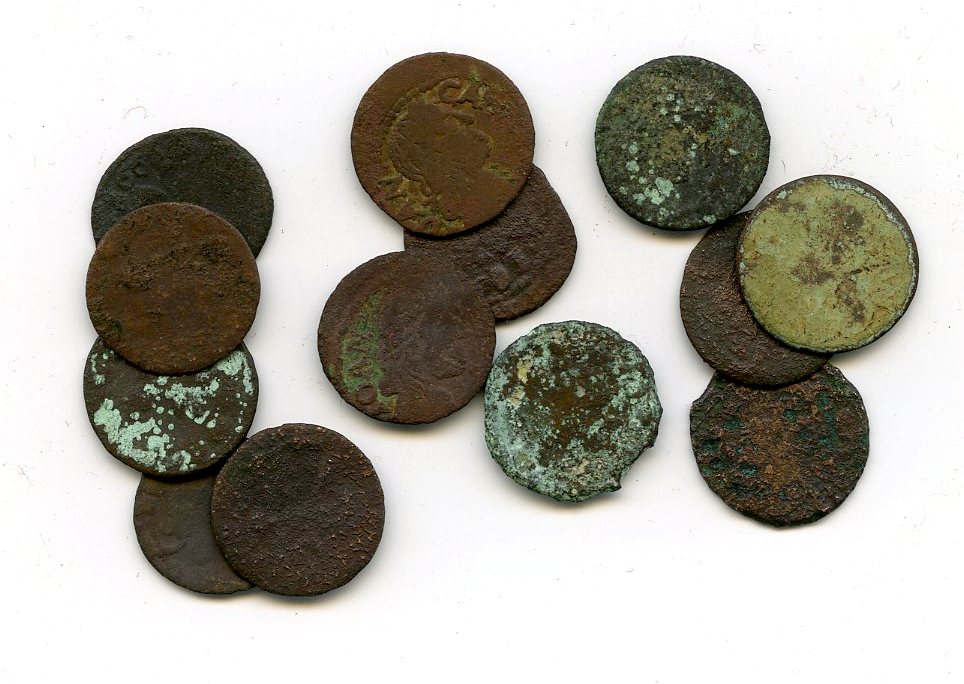 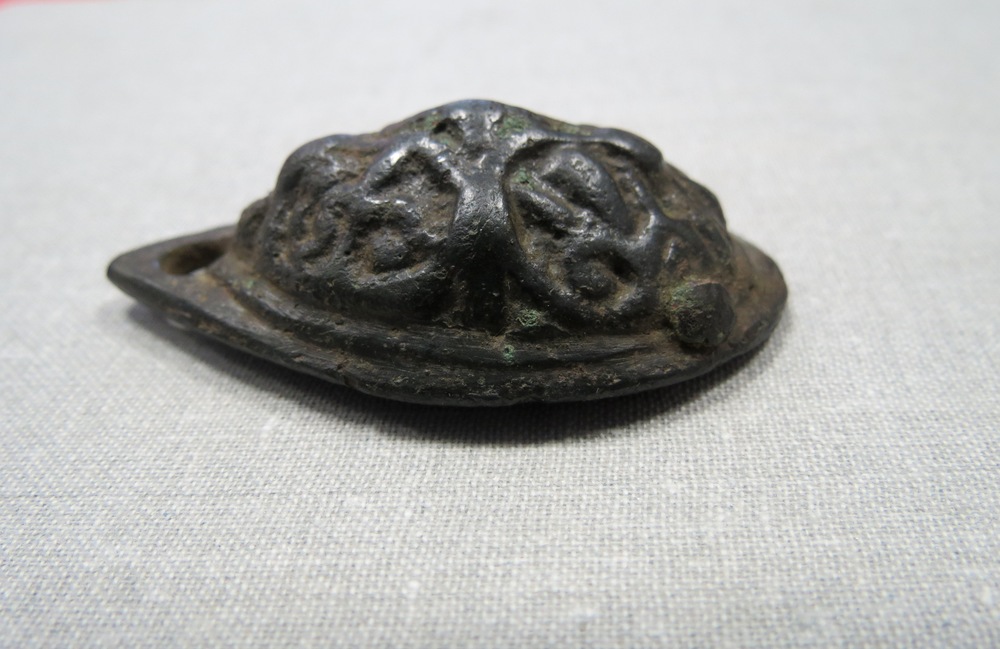 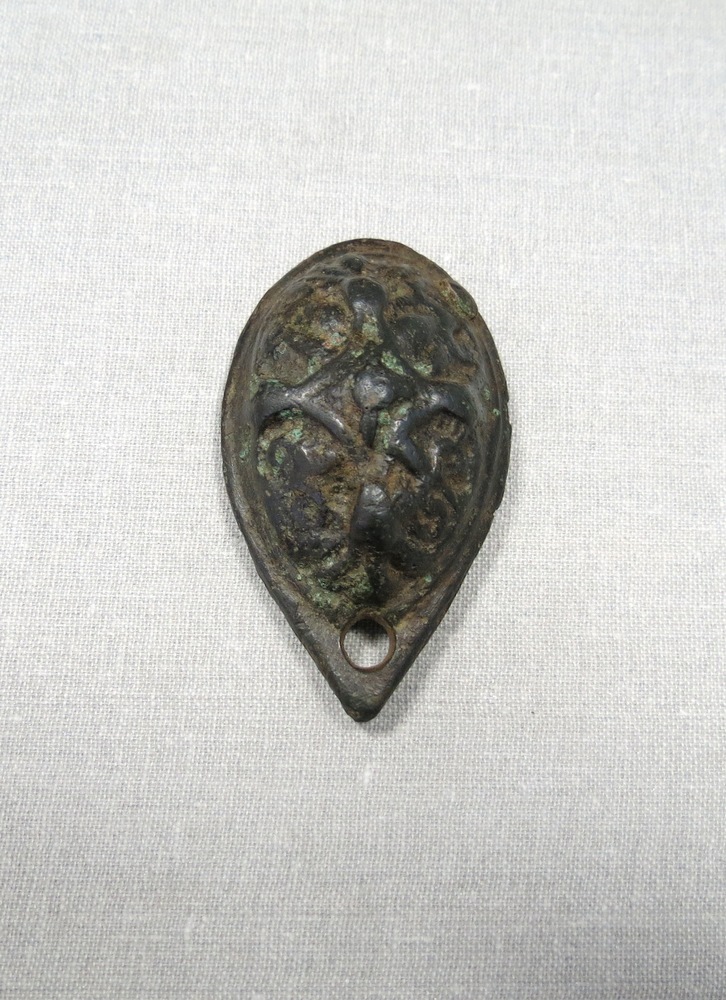 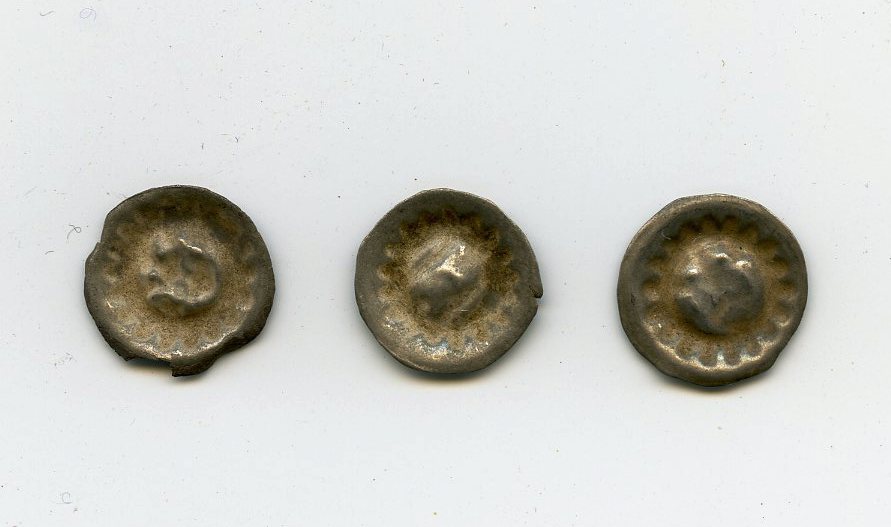 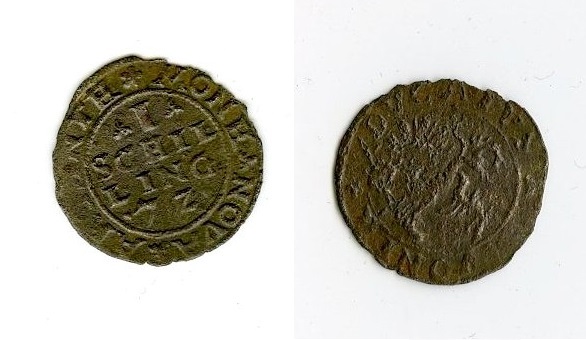 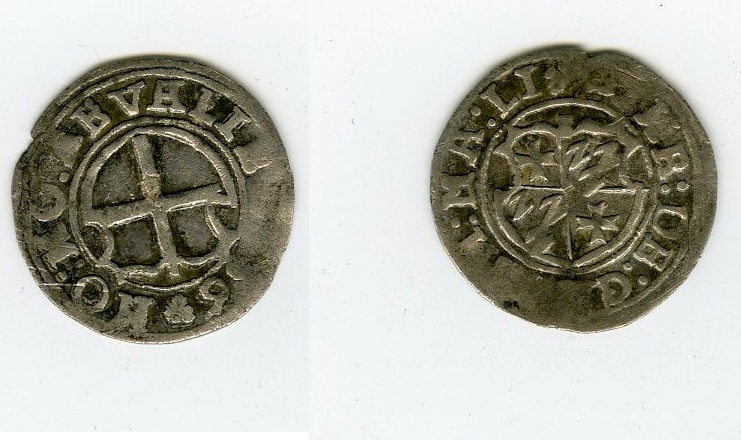 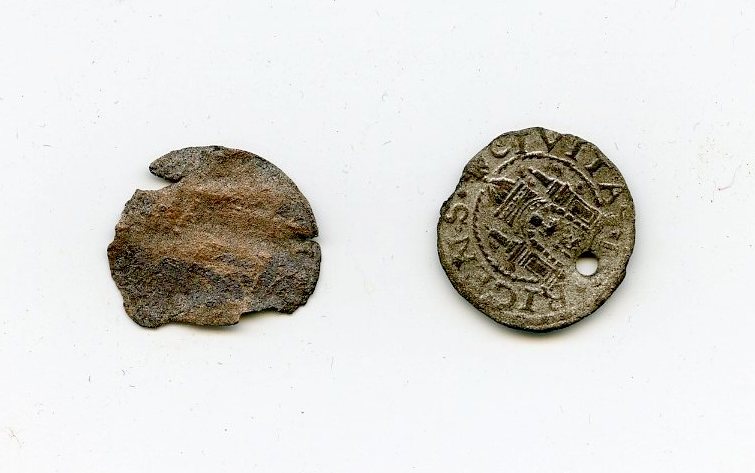 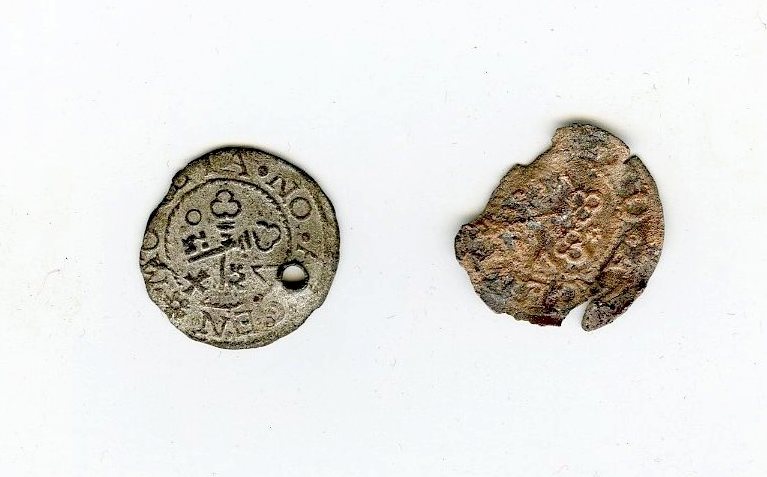 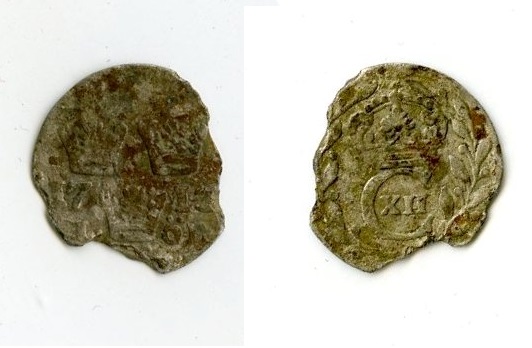 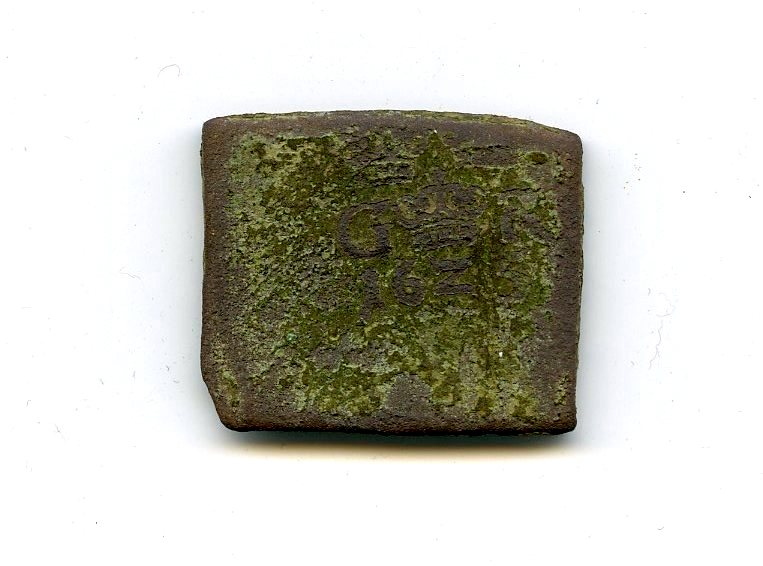 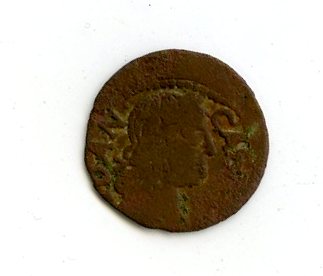 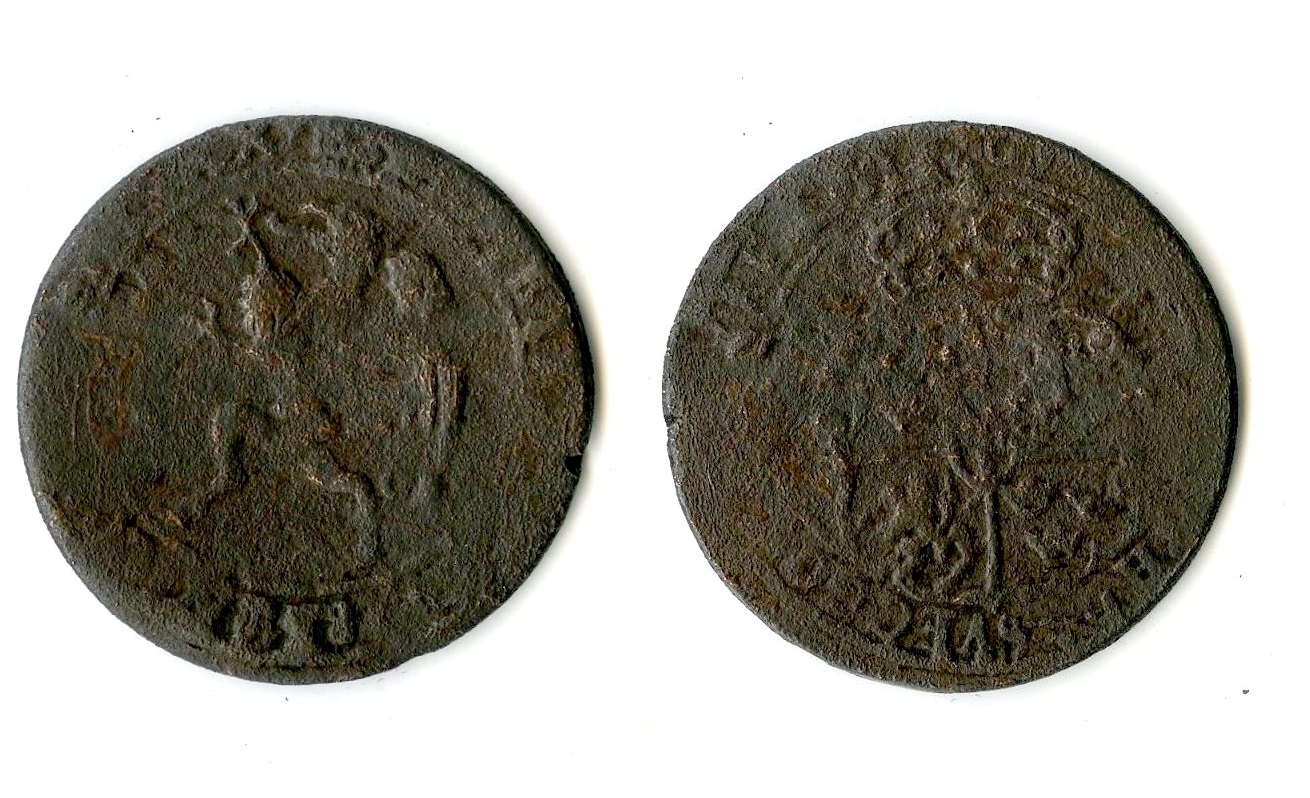 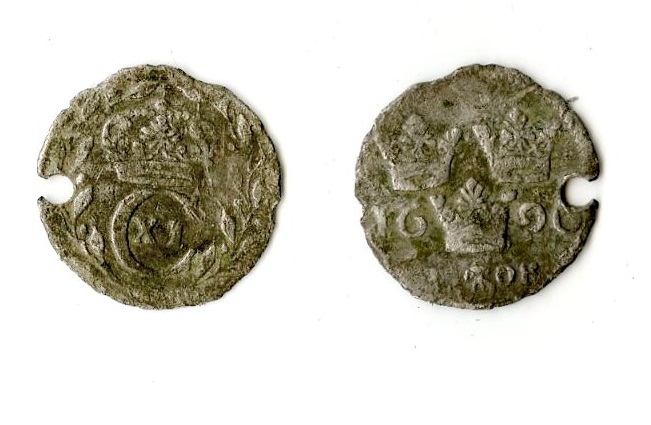 The tale that came to us from the old times recorded by the 18th century historian August Wilhelm Hupela tells us that German merchants, visiting the Livonian land for the first time, stopped at the banks of the Salaca and traded there. Only when they had finished, they visited the Daugava. These events could date back to the middle of the 12th century. The earliest archaeological evidence at the museum dates back to the 13th century.

At the end of 2011 Salacgriva museum collection was supplemented with a Liv tortoise brooch decorated with stylised plant elements. It was found on the territory of Salacgriva District not far from the Svetupe River. It remains the only known object and archaeological finding of such kind in North Latvia – the historical Liv region – Metsepole. Such brooch along with shoulder straps was an ancient Liv woman jewellery set. According to the specialists of National History museum of Latvia it dates back to 13th century and belongs to the most ancient tortoise brooches.

Unlike the tortoise brooches of the Scandinavians, the Liv tortoise brooch is smaller; it has a thicker shell and a simpler ornament than that of Scandinavian brooches. The dimensions of the upper shell of the tortoise brooch found next to the Salaca 61 mm x 35 mm x 15 mm and according to the classification of R. Spirgis it is a tortoise brooch of type 5a – tortoise brooch with palmette motif.
Tortoise brooches first appeared in Scandinavia. They were made by a complex casting process involving the use of clay moulds. From Robert Spirgis monograph “Tortoise Brooches with Pectoral Chain Ornaments and the Development of Liv Culture in the Lower Daugava Area in the 10th –13th centuries” (the Institute of Latvian History, R., 2008.) we learn that the first tortoise brooches appeared in Latvia in the second half of the 7th century AD. It also shows the evidence of contacts with Scandinavia in the middle Iron Age. In the late Iron Age, however, in the 10th century AD when the culture of the Livs flourished, the Scandinavian tortoise brooch had already become an integral part of the costume. When the use of tortoise brooch in Scandinavia was discontinued around 1000 local copies of such brooches started to appear in Latvia and Karelia.
The tortoise brooches possess the distinct magic and protective power of the ancient jewellery; it was the central object of the set of jewellery of Liv women. The set of jewellery consisted of the brooch, shoulder straps, strap divider, strap holders; each of the parts represented one of the three world levels. The tortoise brooch represented the upper level of sky and sun. Liv brooches also were of oval shape that resembles an egg and according to the mythology of Finno-Ugric group, the world evolved from an egg: the sun appeared from the yolk of the egg, the world appeared from the albumen. Underneath the brooches there were strap holders. Their semantics was connected to the motif of two horses and a ship. The dividers were granted the lower level of the world, they symbolized the sea. The straps, in turn, which connected the two levels, symbolized the “celestial waters” and rain that gave the soil its fertility and connected the heavens abundancy with the ground.