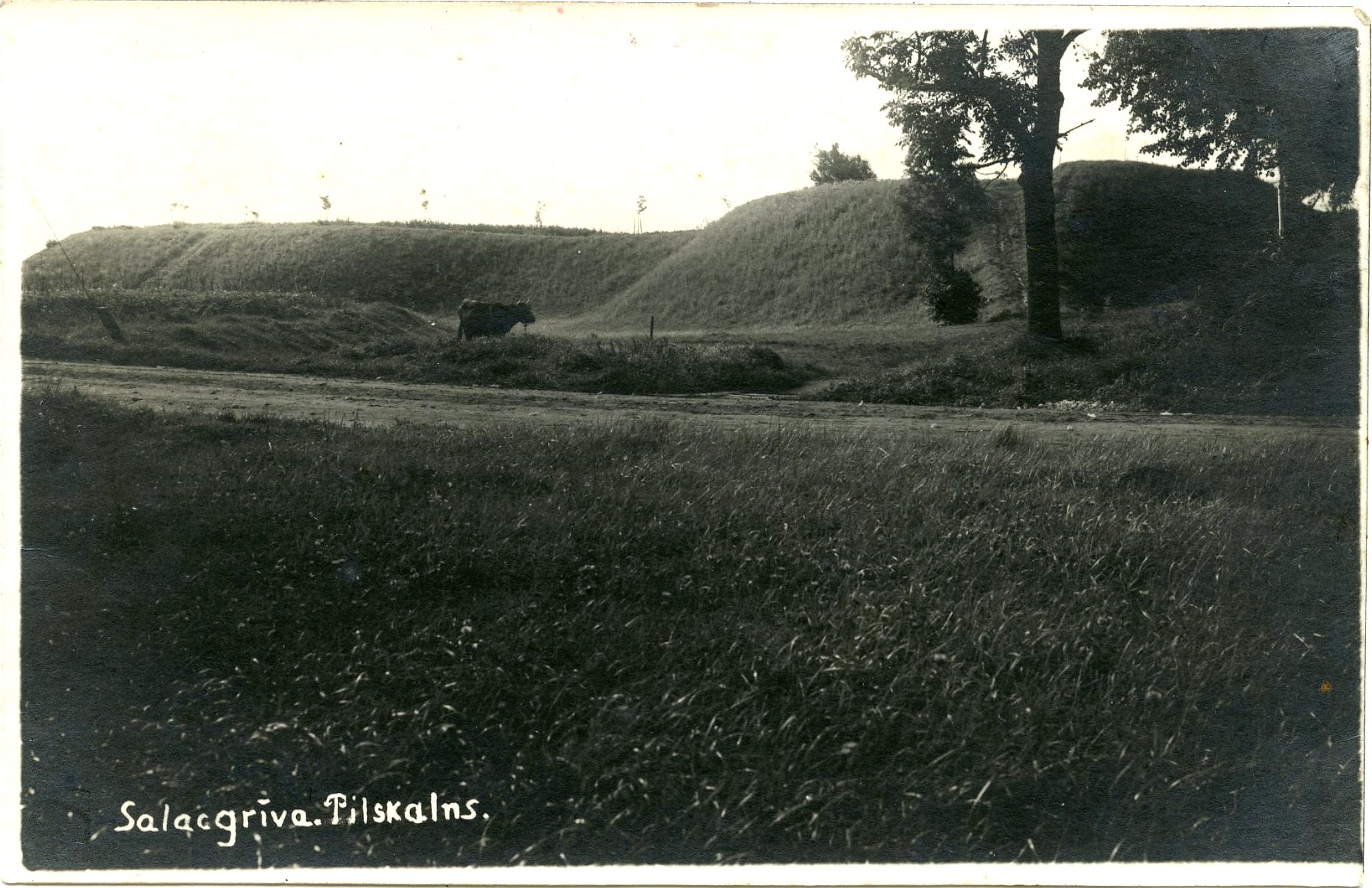 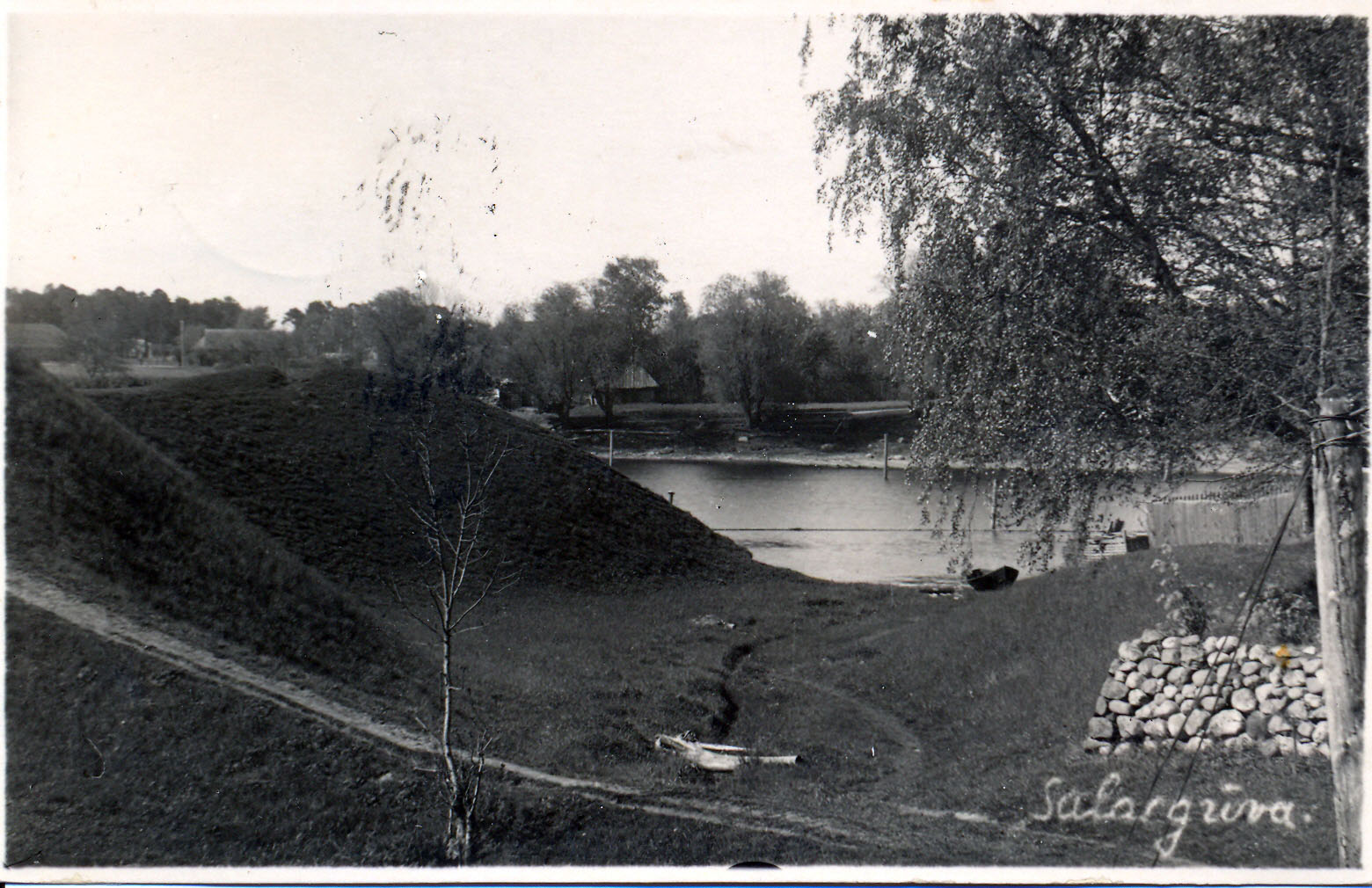 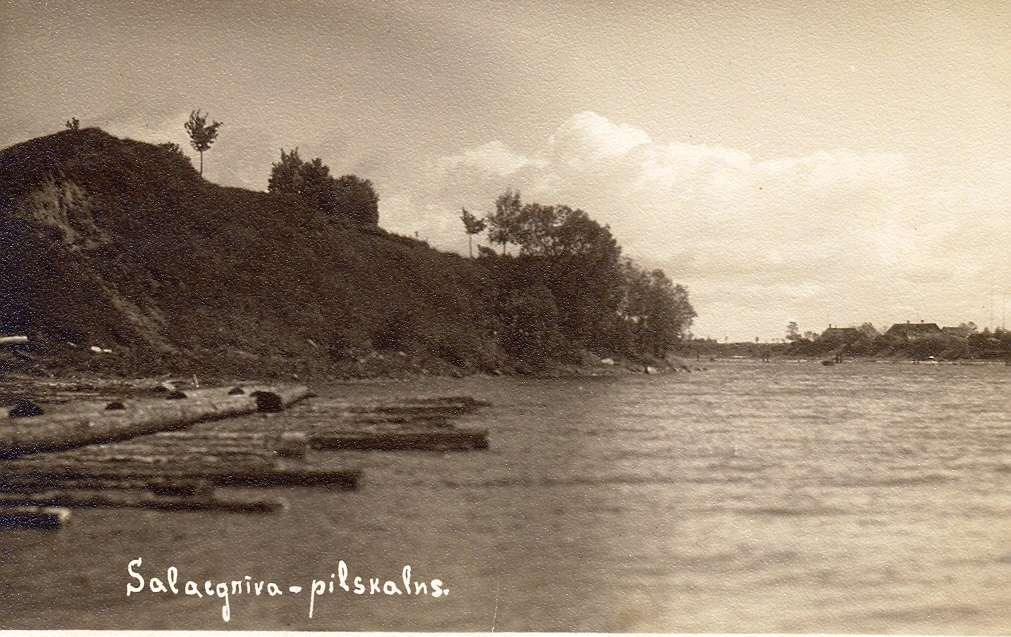 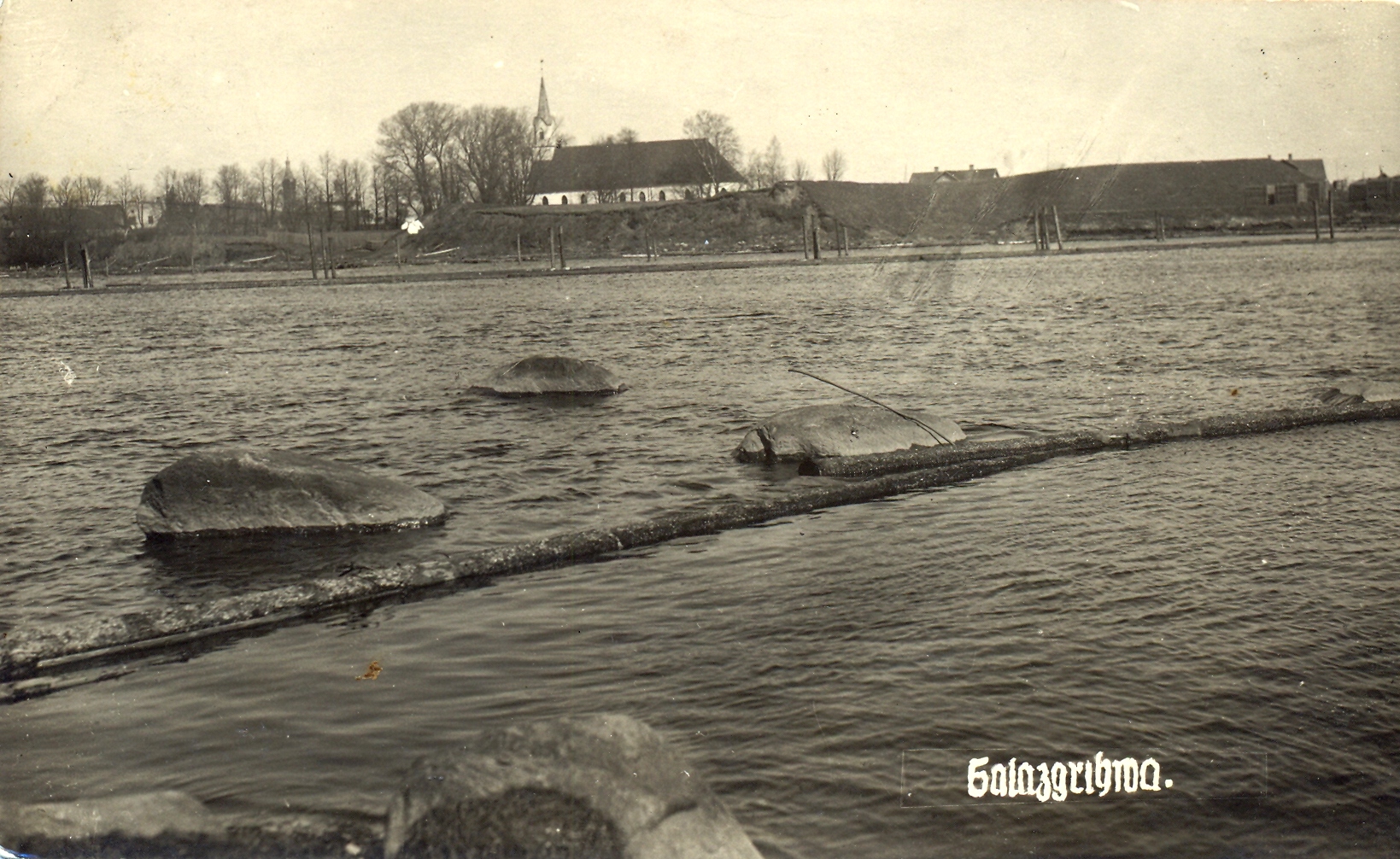 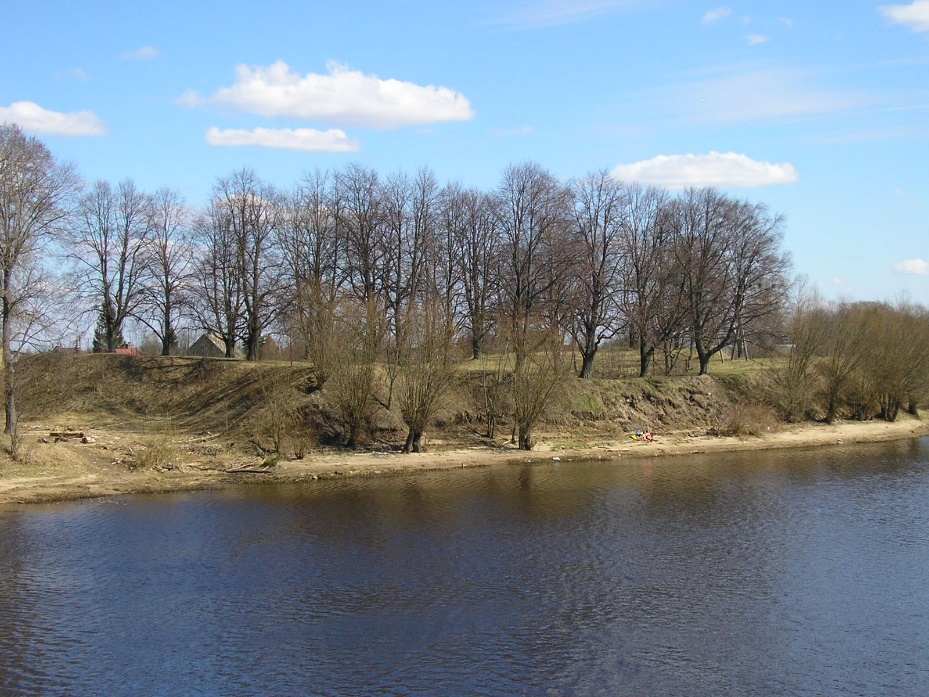 The fragment of the fortification of the Swedish times on the left side; the corner of the fence of the Lutheran church on the right side. The fragment of the dry moat that went around the fortification in the middle. The photo – 1930’s.
Salacgriva medieval castle mound is less than a kilometre from the mouth of the Salaca River, on the right bank, near the Lutheran church. It consists of the elevation of the terrain – rampart* with earth barriers and bastions. The ramparts with the medieval castle mound in the middle are enclosed by the dry moat connected to the Salaca River. The castle mound is situated so close to the river that some of the protective ramparts were washed into the river during the spring flooding. The rampart that can be seen nowadays is a partially preserved fortification built by Swedes in the 17th century.
Nothing has remained above the ground from the walls of the medieval castle until nowadays. However, there is a large quadrilateral pit up to 1.5 m deep where there once used to be a castle. It could have looked like a tower with stone wall of boulder (14 m x 19 m) with a circular extension from brick in the middle that was enclosed by the outer wall or timber fence. K. Löwis of Menar was only able to measure the foundations of the tower in 1908; he stated that the walls were 2.3-2.5 m thick.
*Rampart – the field fortification with the earth embankments and moats in an enclosed quadrangle. Usually such constructions are connected with fortifications of the Swedish times of 17th centuries.

If the building of the castle in 1226 could be documentarily proven as it was described by a historian and researcher of the Livonian Chronicle of Henry Johann Gottfried Arndt in 1753 would be only a quarter of a century newer than Riga. Unfortunately there is no such a document and the first mention of the Salacgriva castle dates back to 1479.
The port of Salacgriva was mentioned earlier in 1392, in the documents connected to the dispute of the Archbishop and the Order.

The fate of the Salaca Castle influenced by the change of many owners turned out to be a rather unfortunate and unstable. Shortly before Christmas of 1478, 5 ships with 200 of Swedish soldiers whose task it was to assist Archbishop Silvester to protect the castle from the aggression of the Order. However, in January of 1479, the Order occupied the castle and remained in control of it until 1485 when the castle was returned to the Archbishop Hildebrand.