Back The foundation of the town 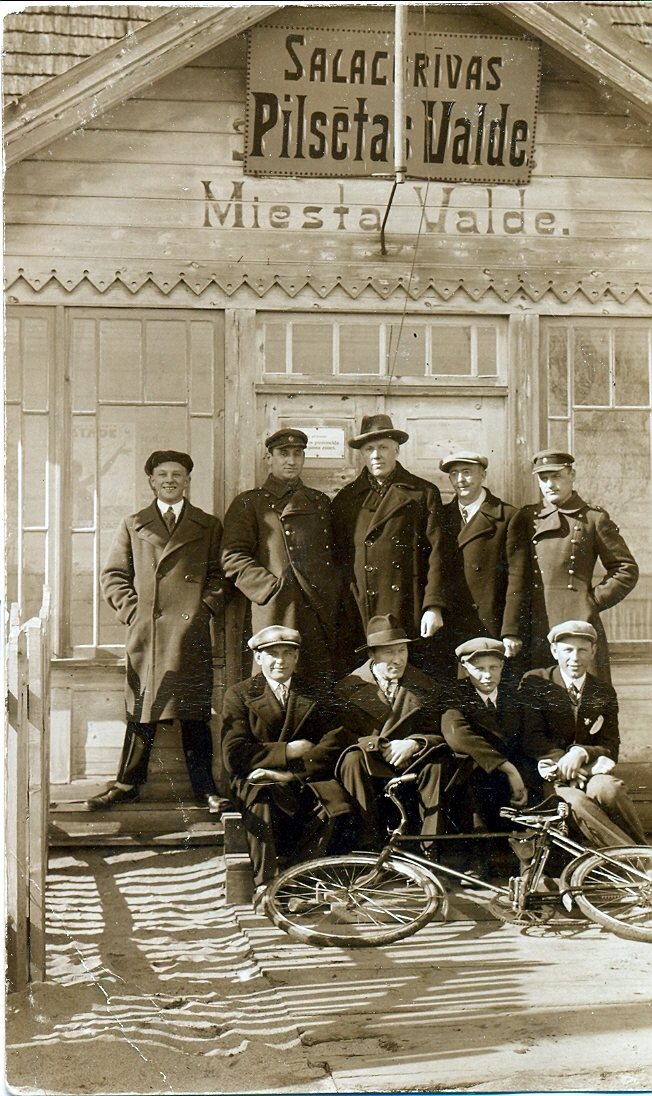 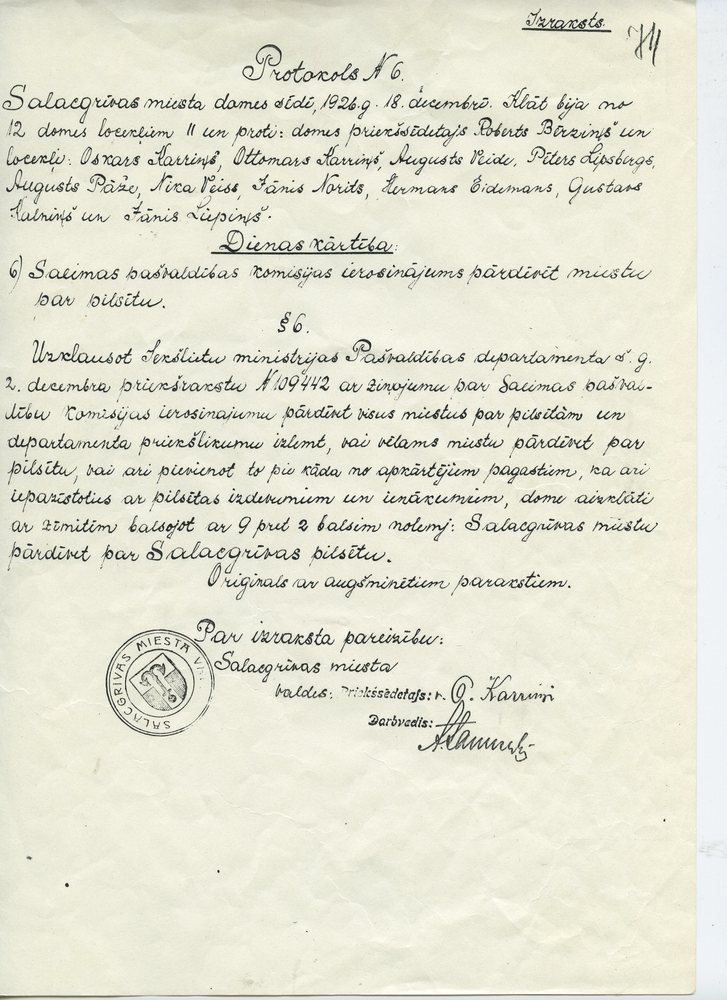 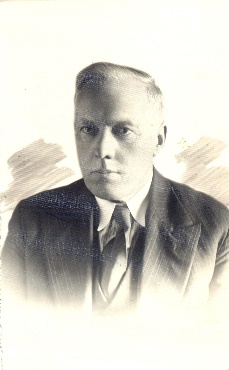 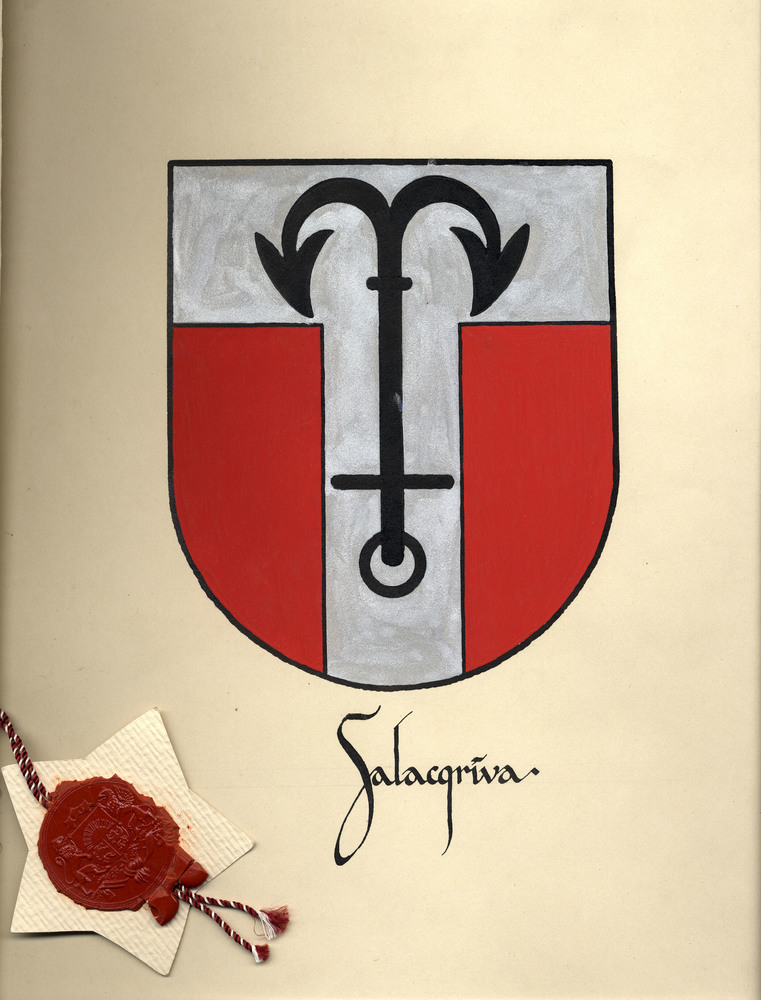 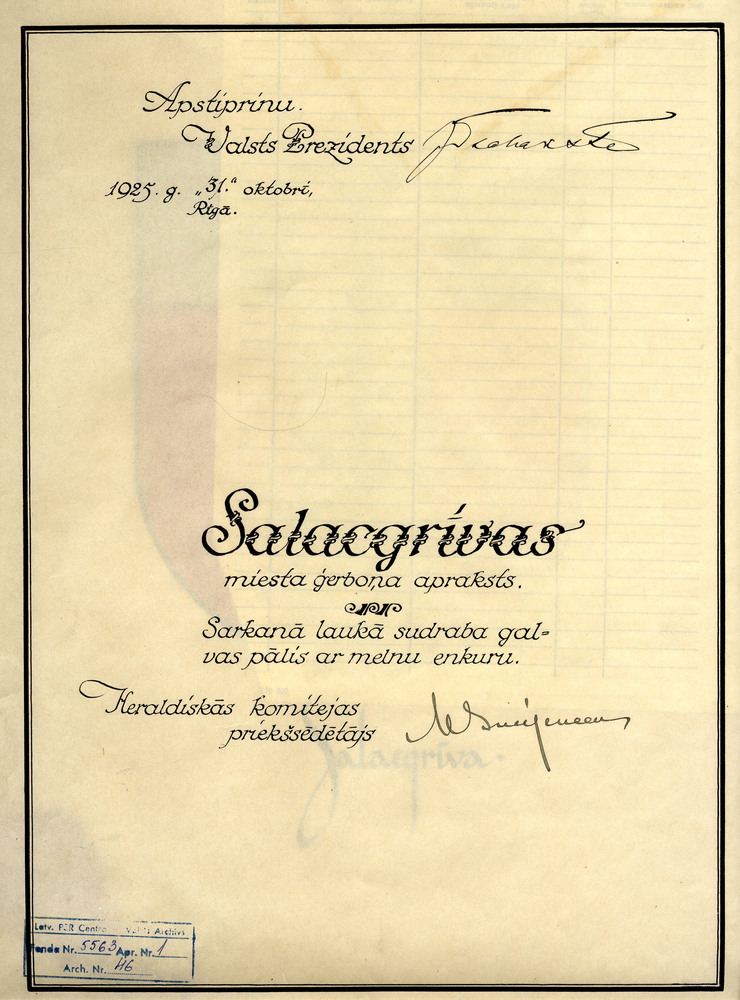 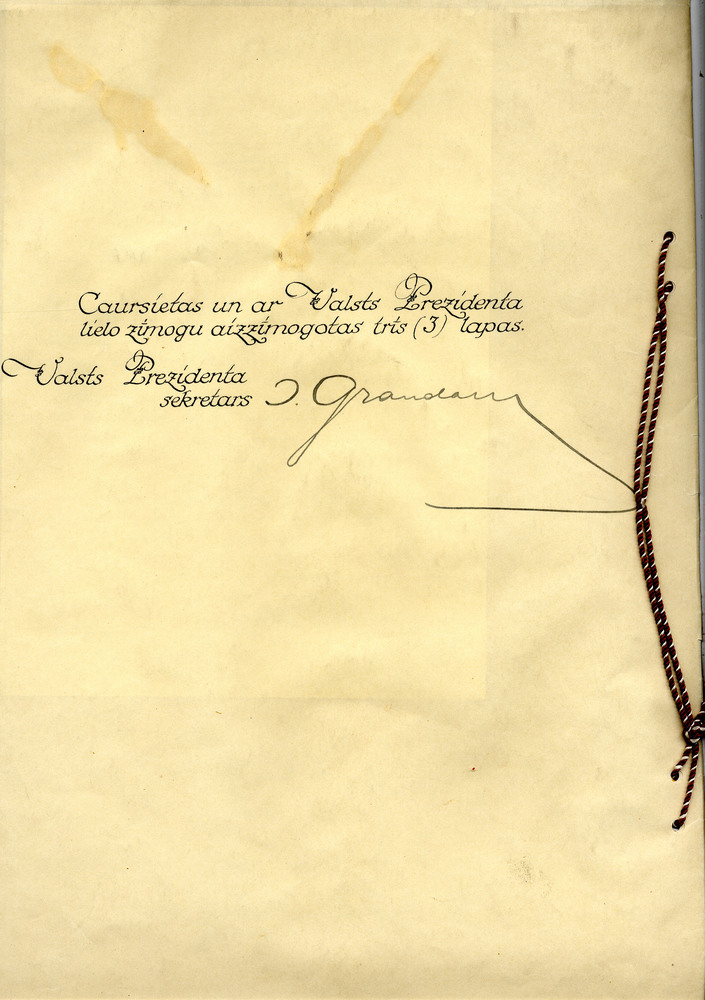 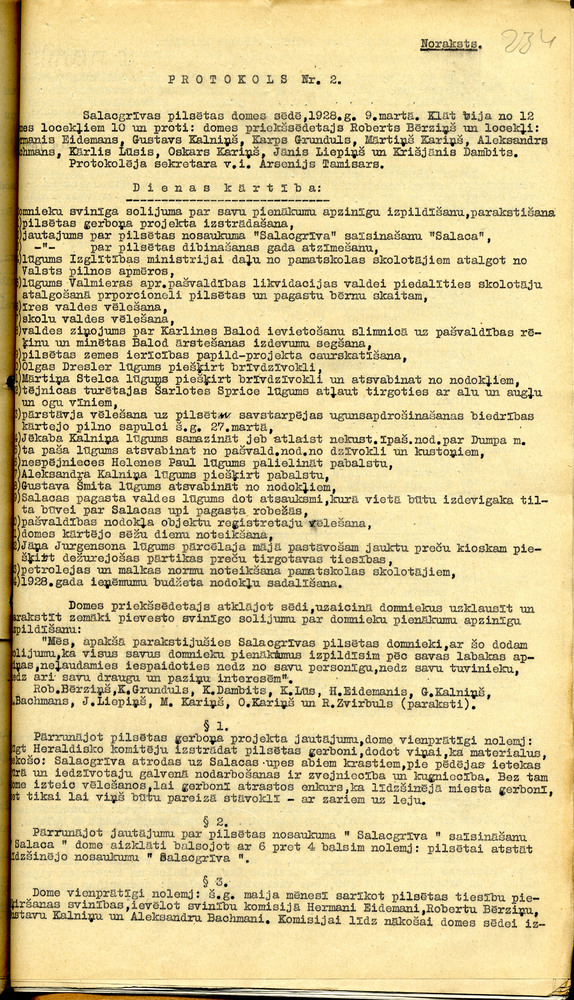 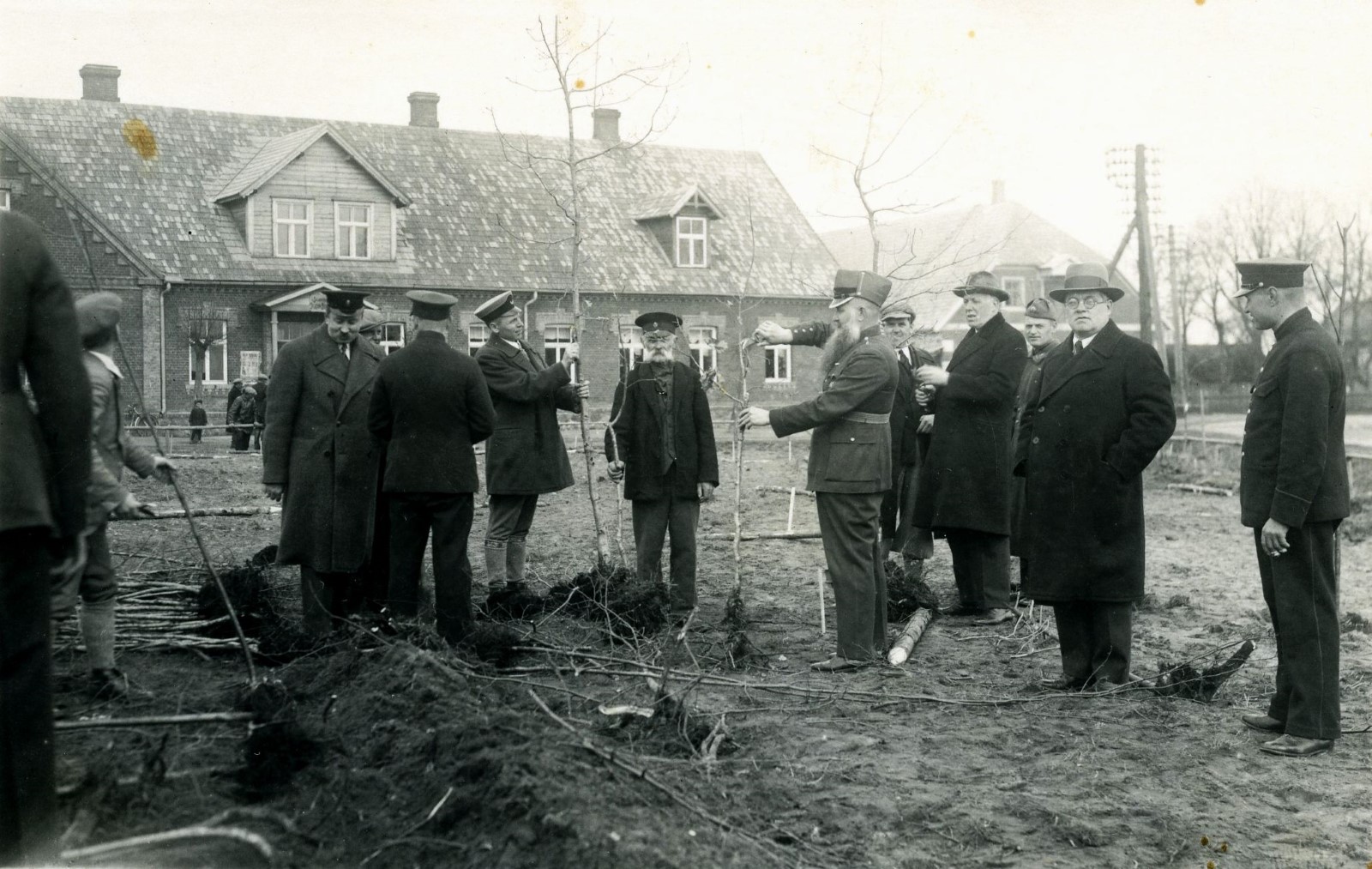 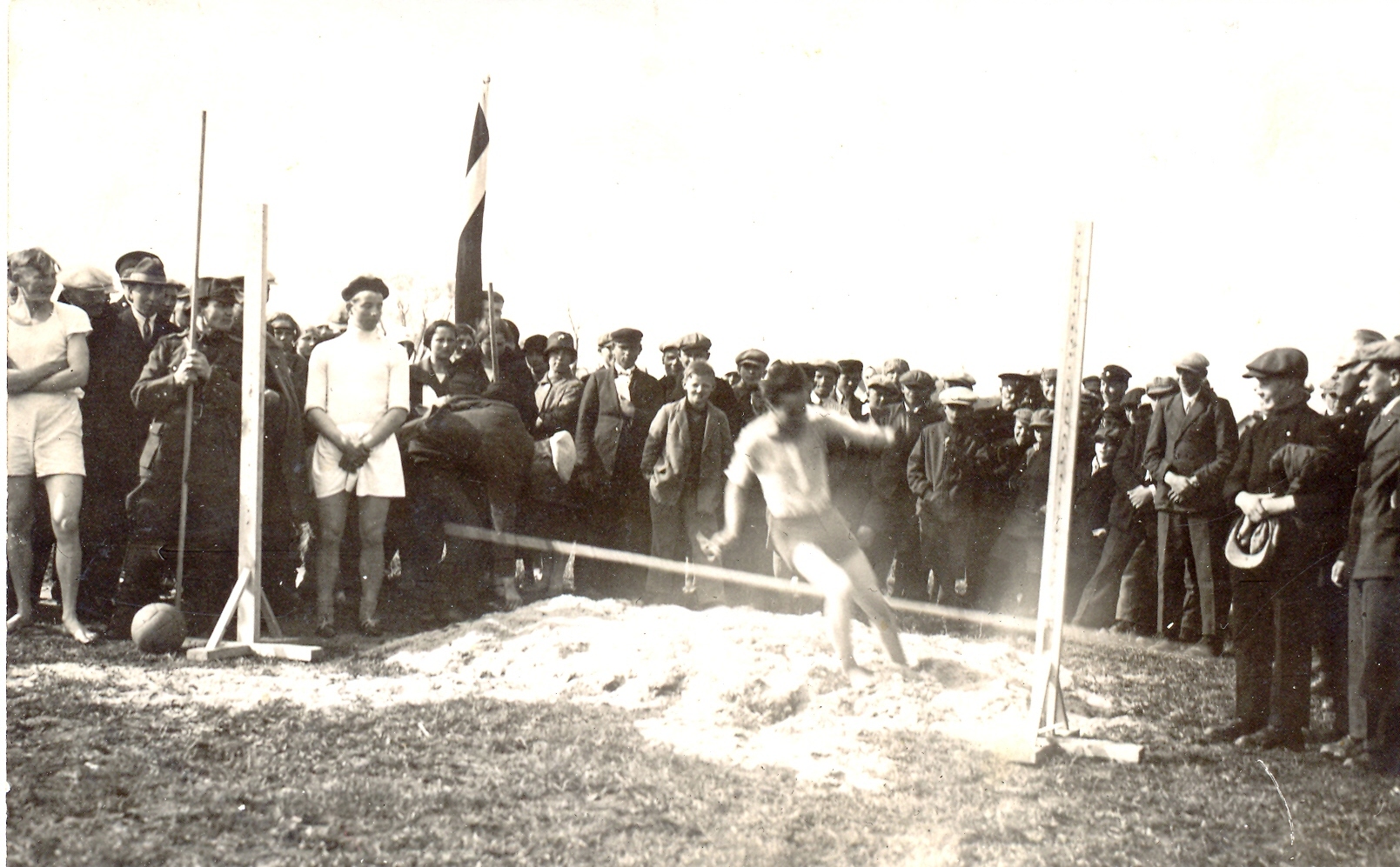 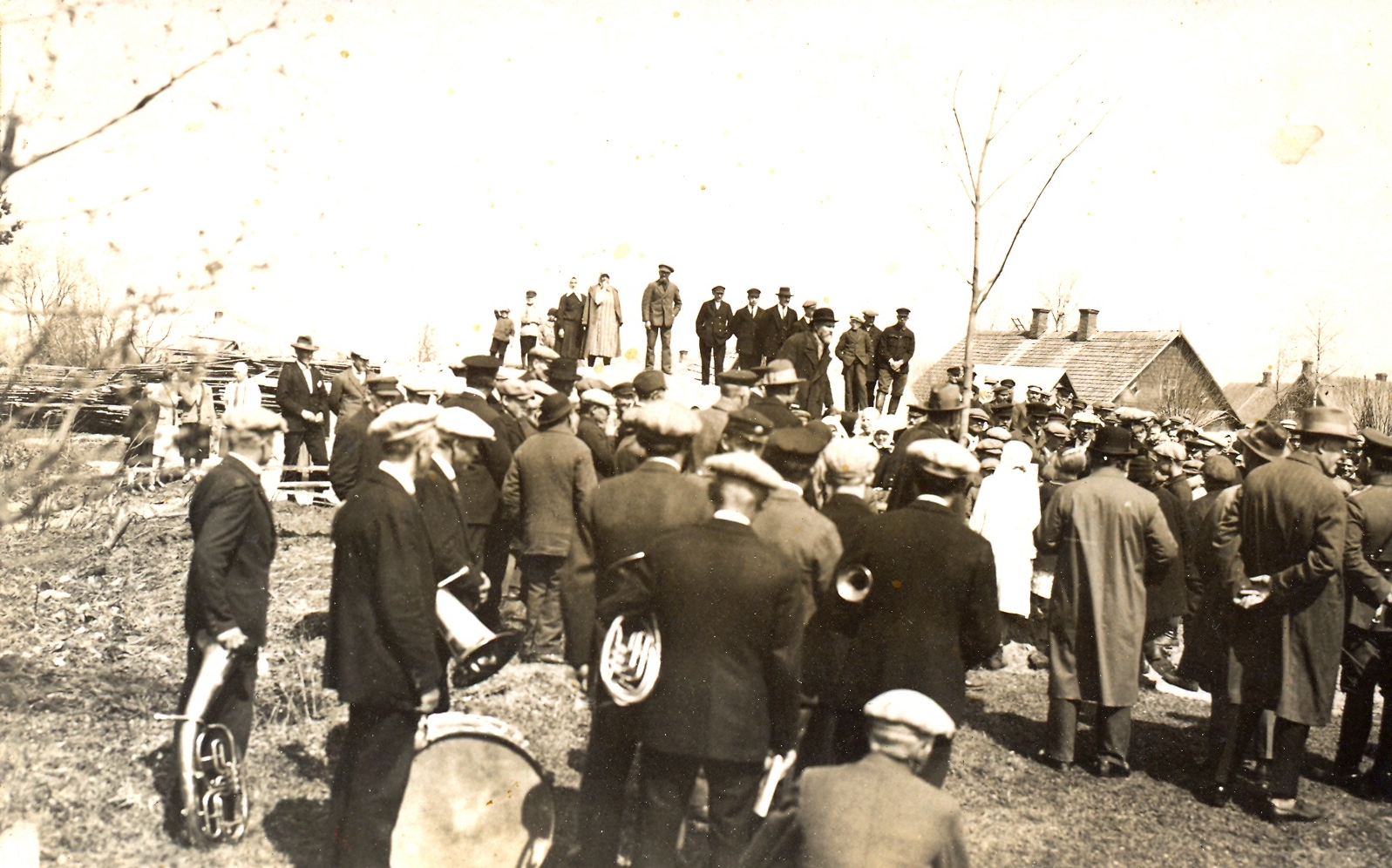 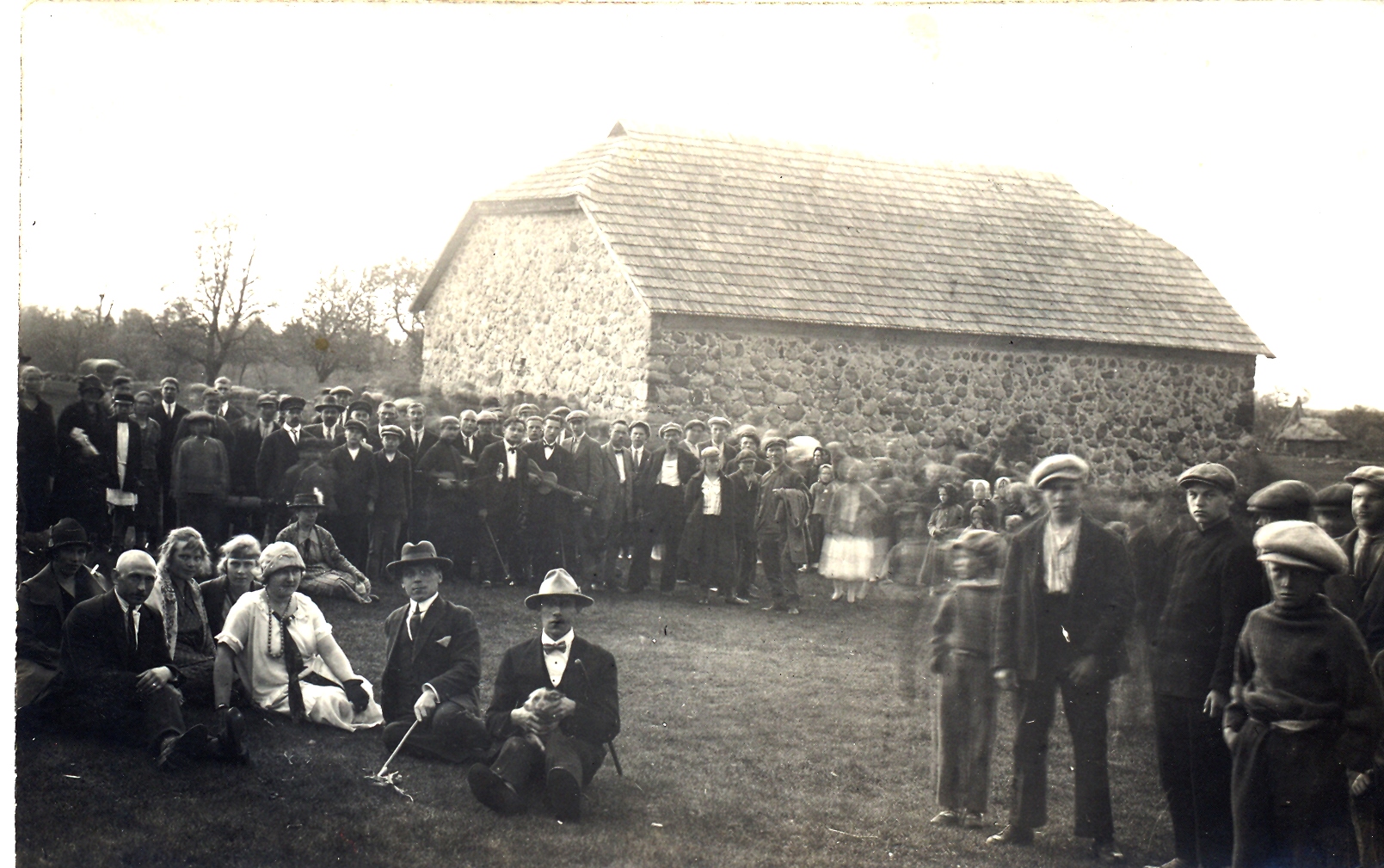 On and by the decision of the Saima of February 11, 1928 the rights of a town were granted to Salacgriva and another 15 settlements: Vecgulbene was renamed to Gulbene whereas Strenci, Karsava, Preili, Varaklani, Balvi, Sigulda, Mazsalaca, Vilani, Priekule, Ogre, Viesite, Ape, Ķemeri un Lejasciems retained their names and became towns thus the settlements in Latvia ceased to exist as administrative formations.

Zilupe was granted the rights of a town in 1931 and several years afterwards the same honour was granted to Jaunlatgale (Abrene) and Grostini. The number of towns in Latvia reached 60. 22 of them were in Vidzeme, 14 were in Latgale, 13 were in Kurzeme and the rest of them that is to say 11 were in Zemgale. In terms of the size and the number of the inhabitants the towns varied greatly. The international standard of a city was met only by Riga for the average city qualified Liepaja, Daugavpils, Jelgava, Ventspils and Rezekne and for small towns 27 others. The rest could not even be considered a town under the international assessment system due to the small number of the inhabitants*.

In front of the entrance of the new house of the Salacgriva town board. The building is the same as it was during the time of the settlement; at 10 Rigas Street. The second row left to right 3 Janis Liepins – the reeve of Salacgriva, 4 – clerk Karlis Tamisars, 5 – the Chief of the police station Jekabs Ruks. 1928.

From minutes No. 2.: 1.$ of town council meeting of March 9, 1928: Having discussed the issue of the project of the coat of arms of the town the councillors hereby decided nemine contradicente: to submit a request to the Heraldic Committee to elaborate the coat of arms of the town; to present the following materials: Salacgriva is located on both banks of the river Salaca right at the last estuary and the main occupation of the local inhabitants is fishing and shipping. The councillors also expressed their wish to have the anchor included in the coat of arms but they wished it to be in the right positions with the arms showing downwards not upwards.
The coat of arms, however, has remained in the upturned position with the arms upwards up to now as it was in its primary version.