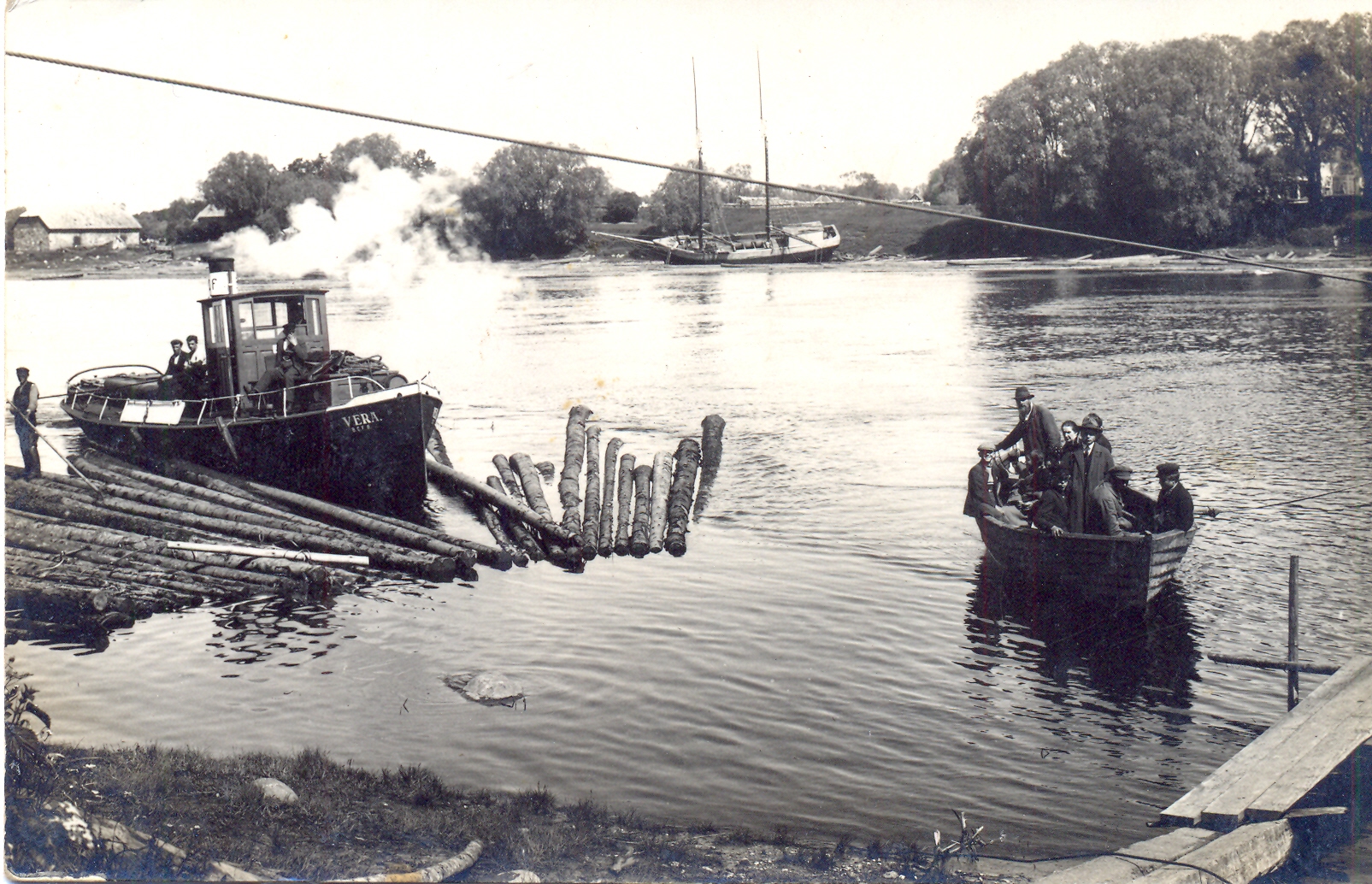 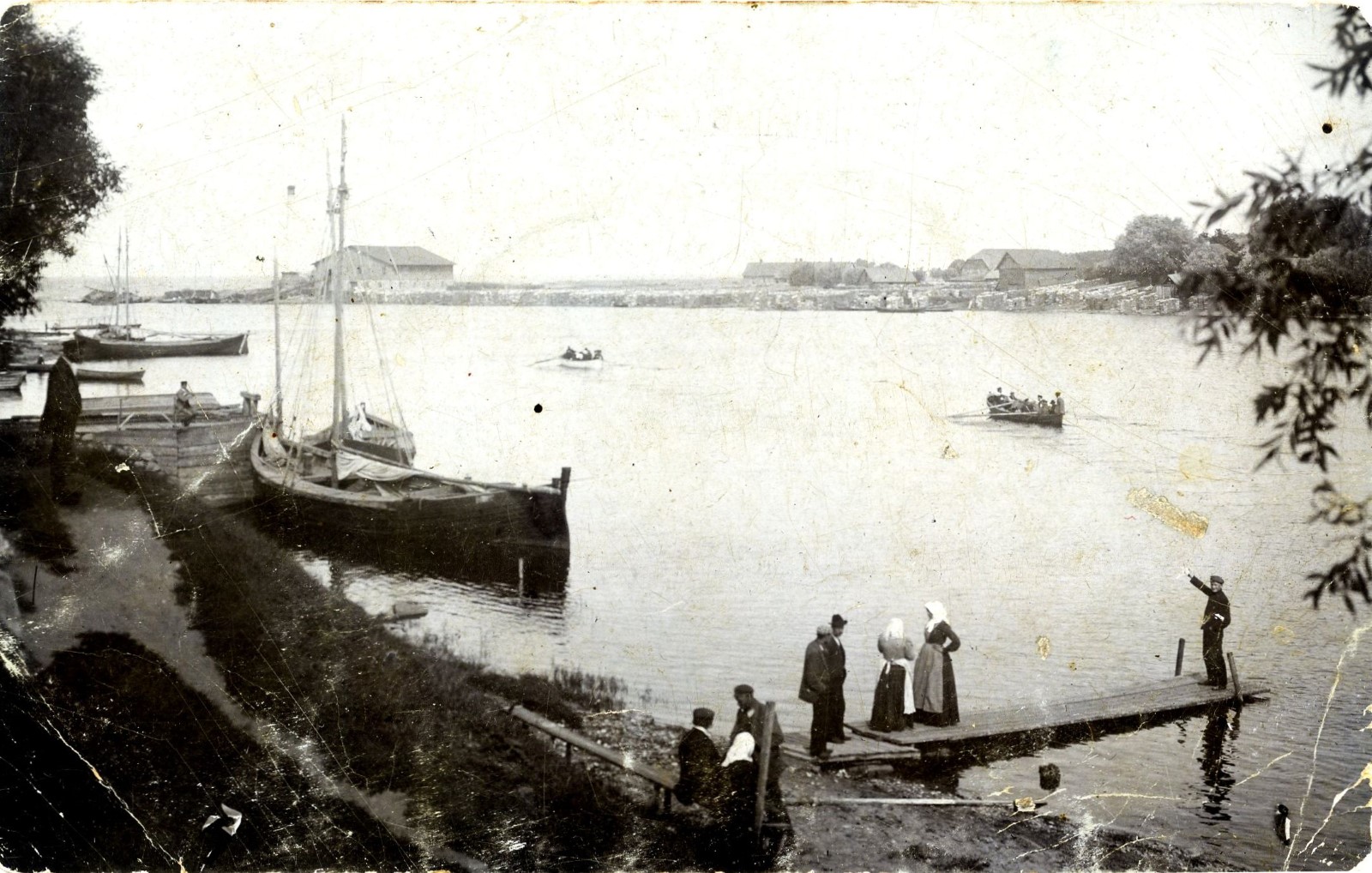 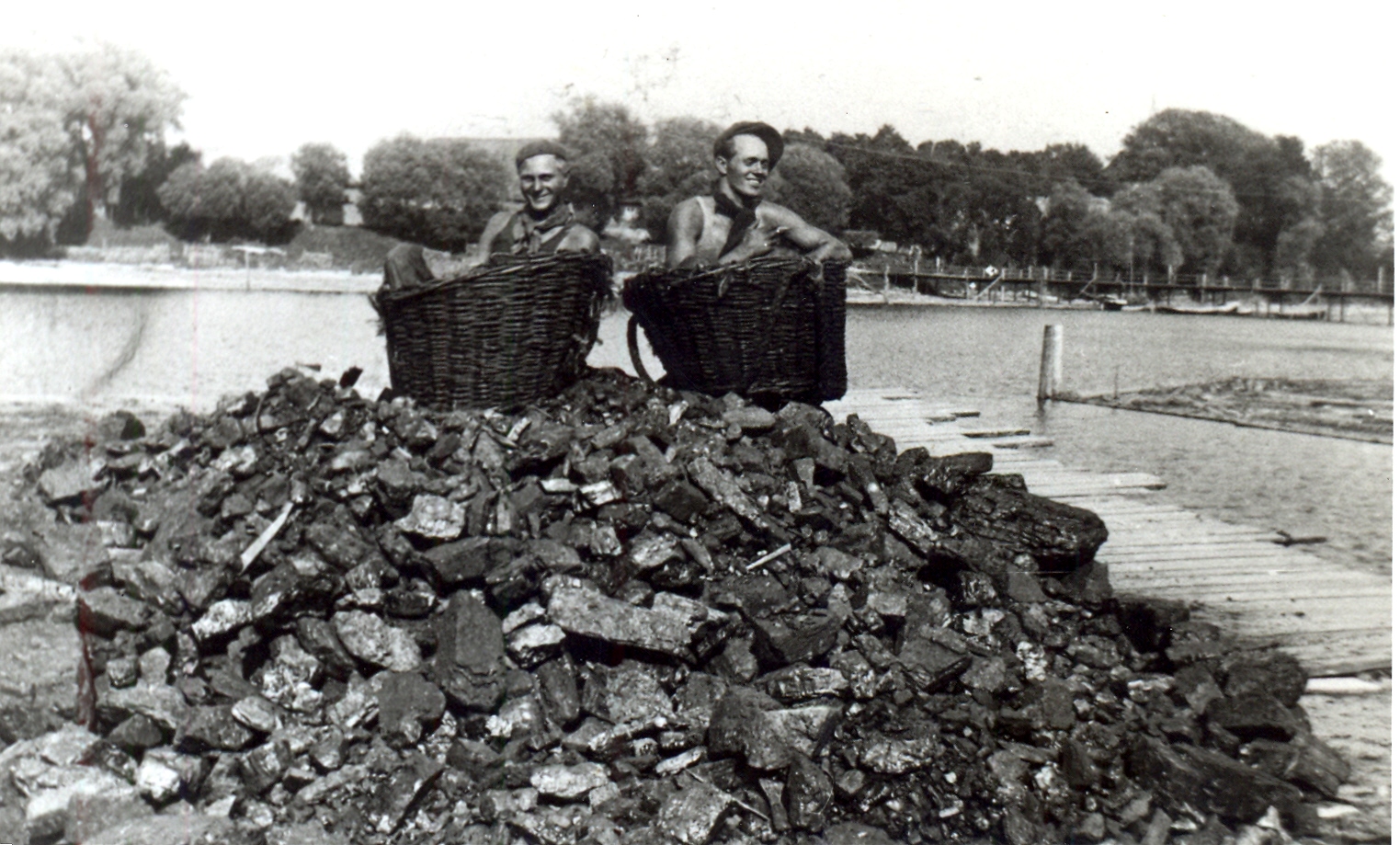 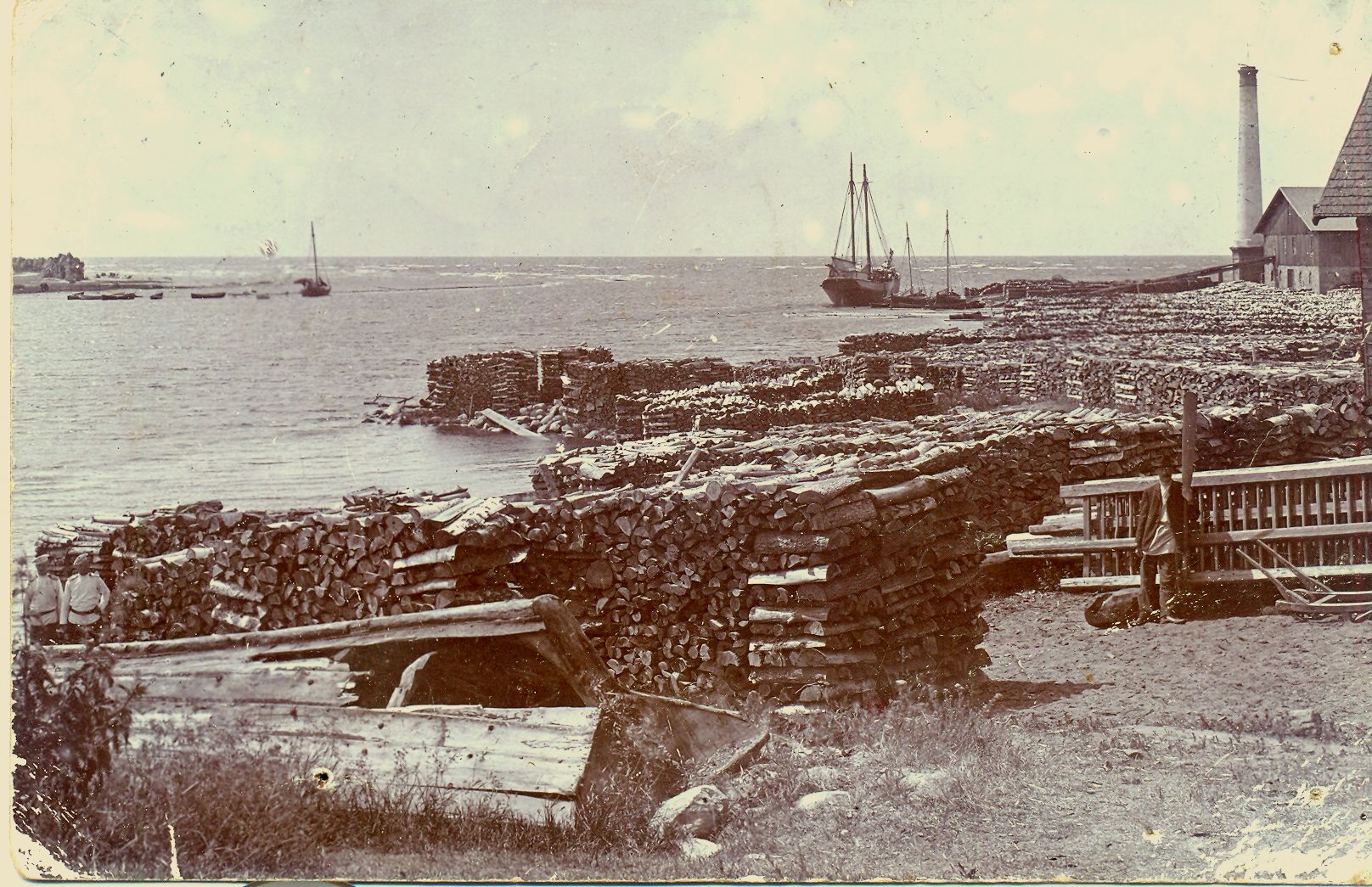 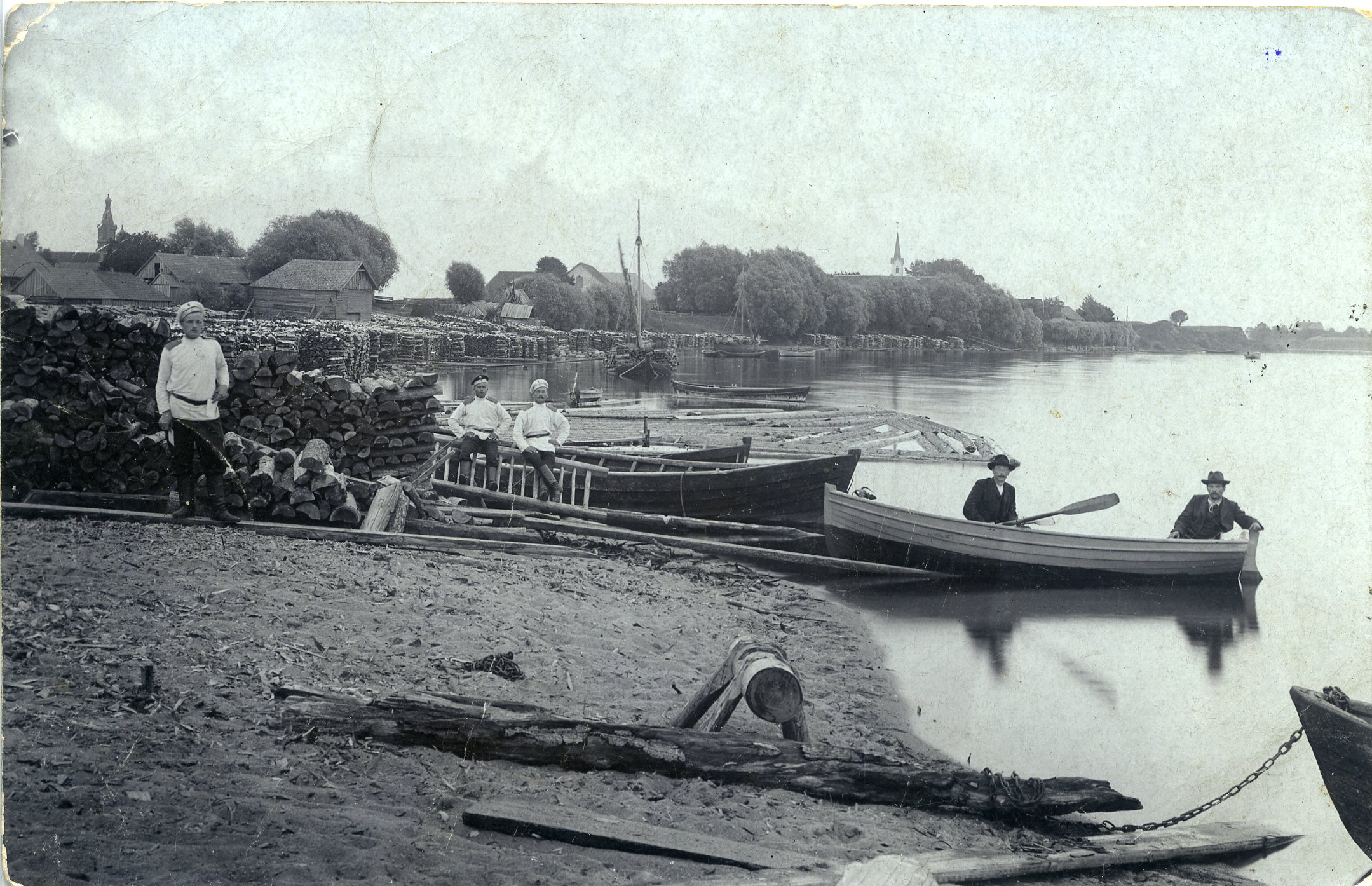 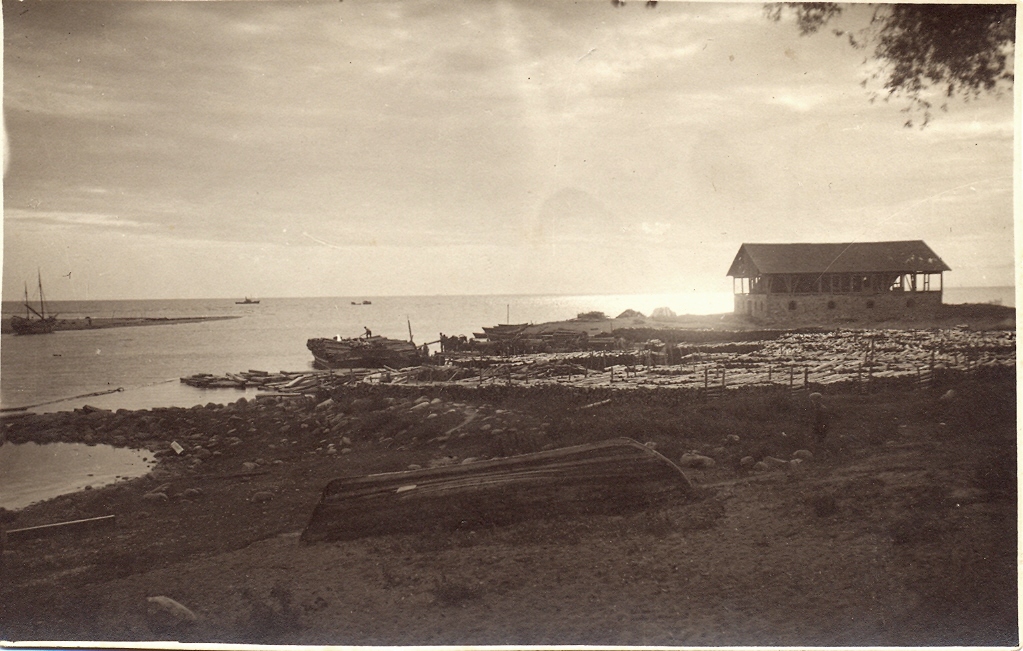 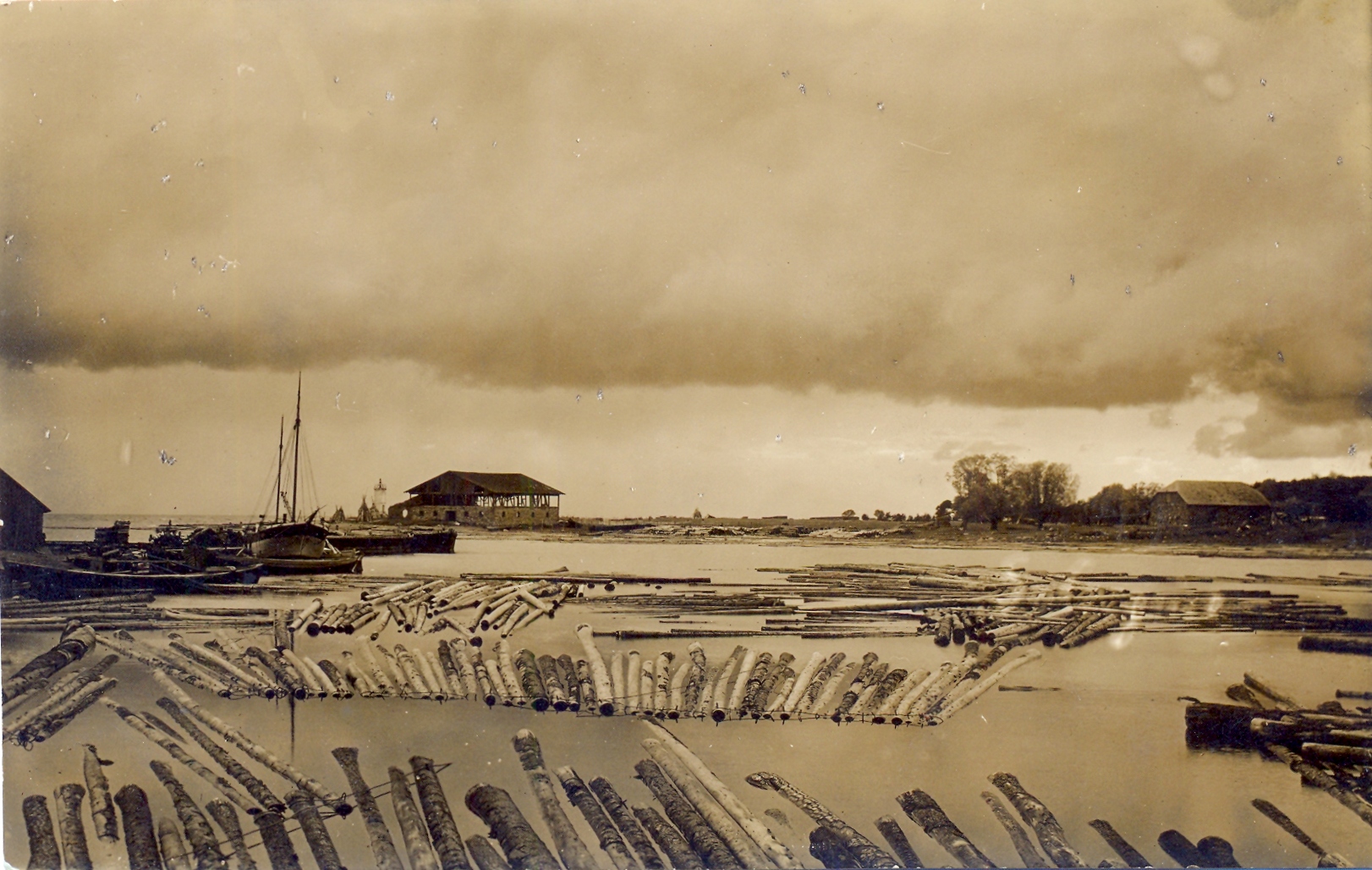 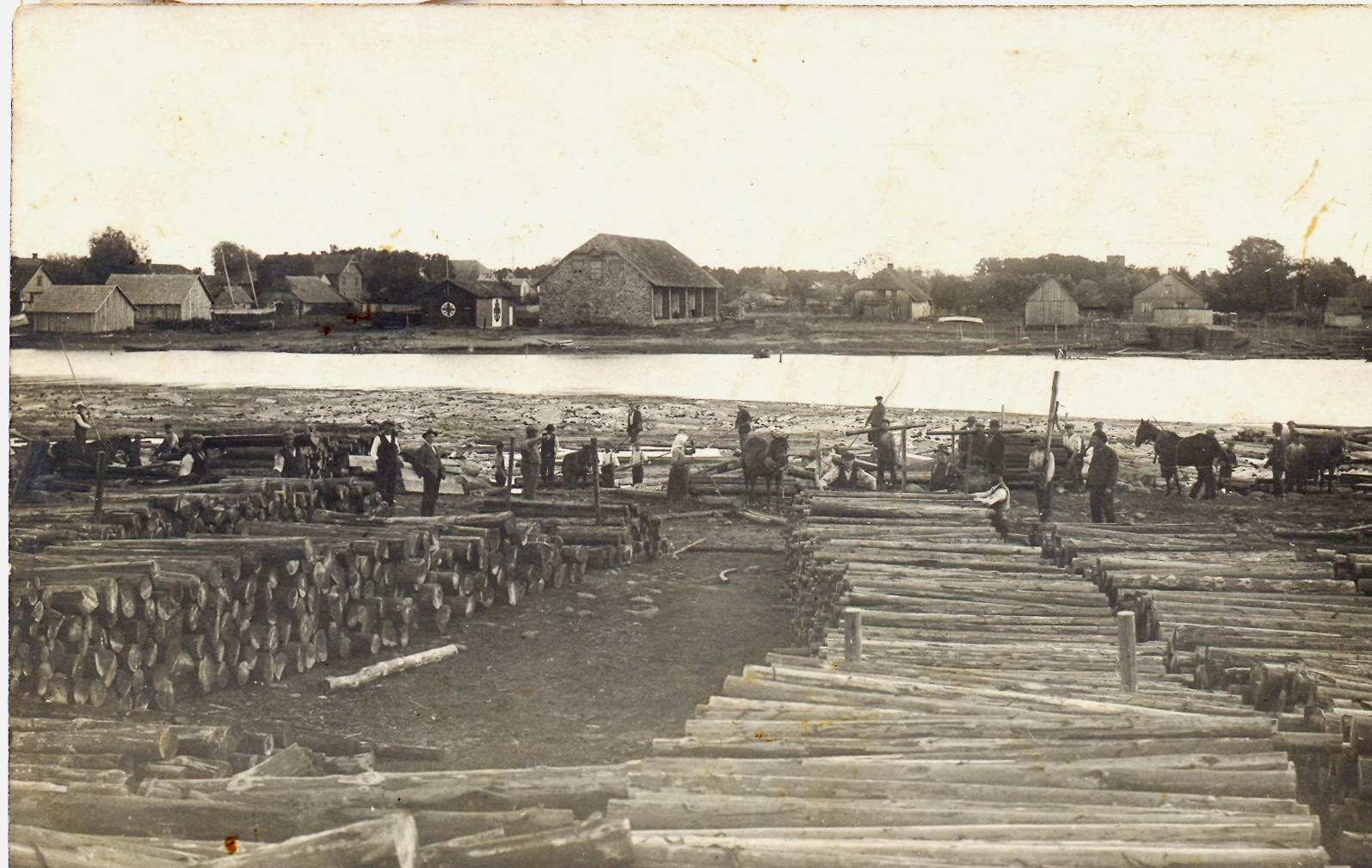 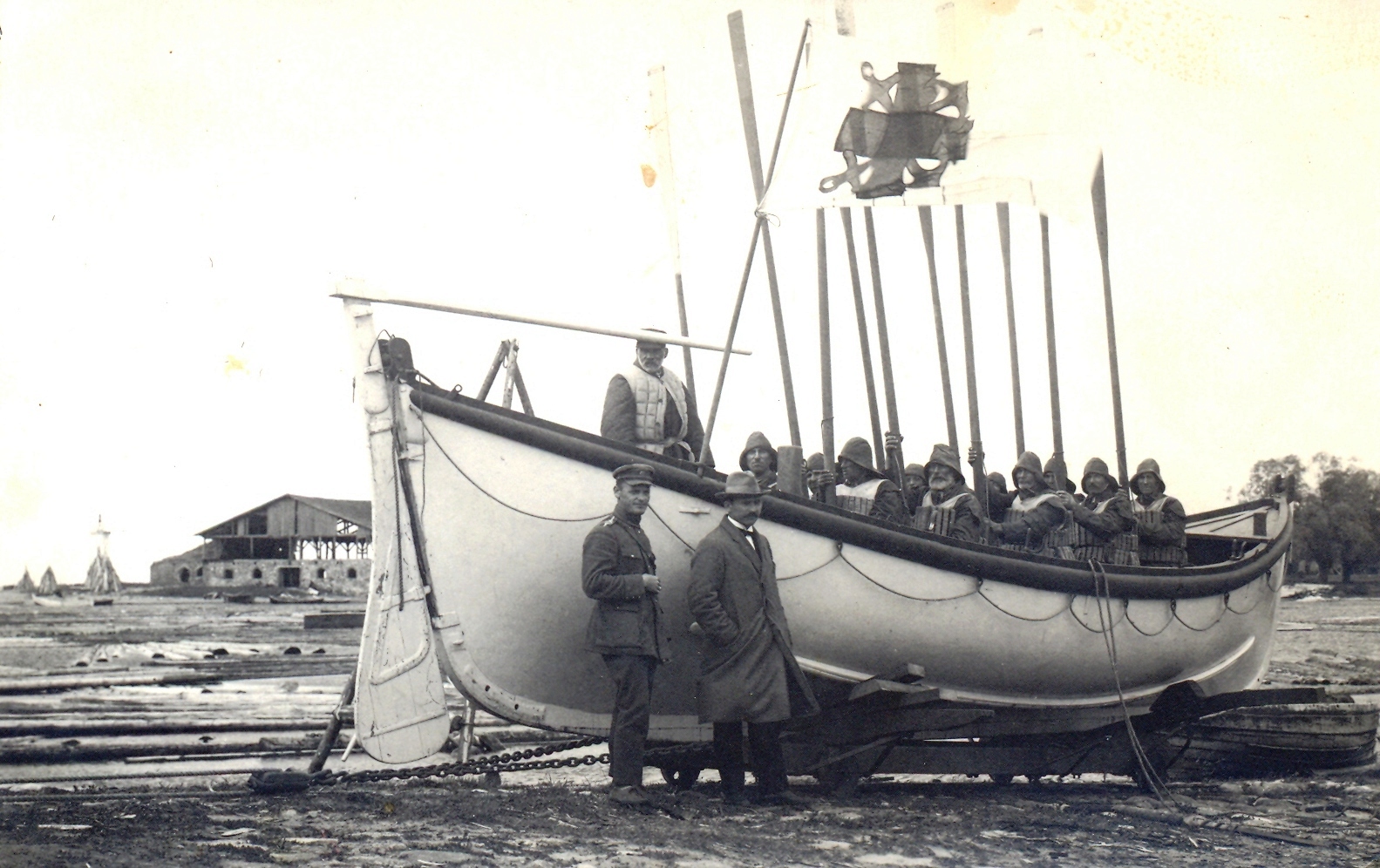 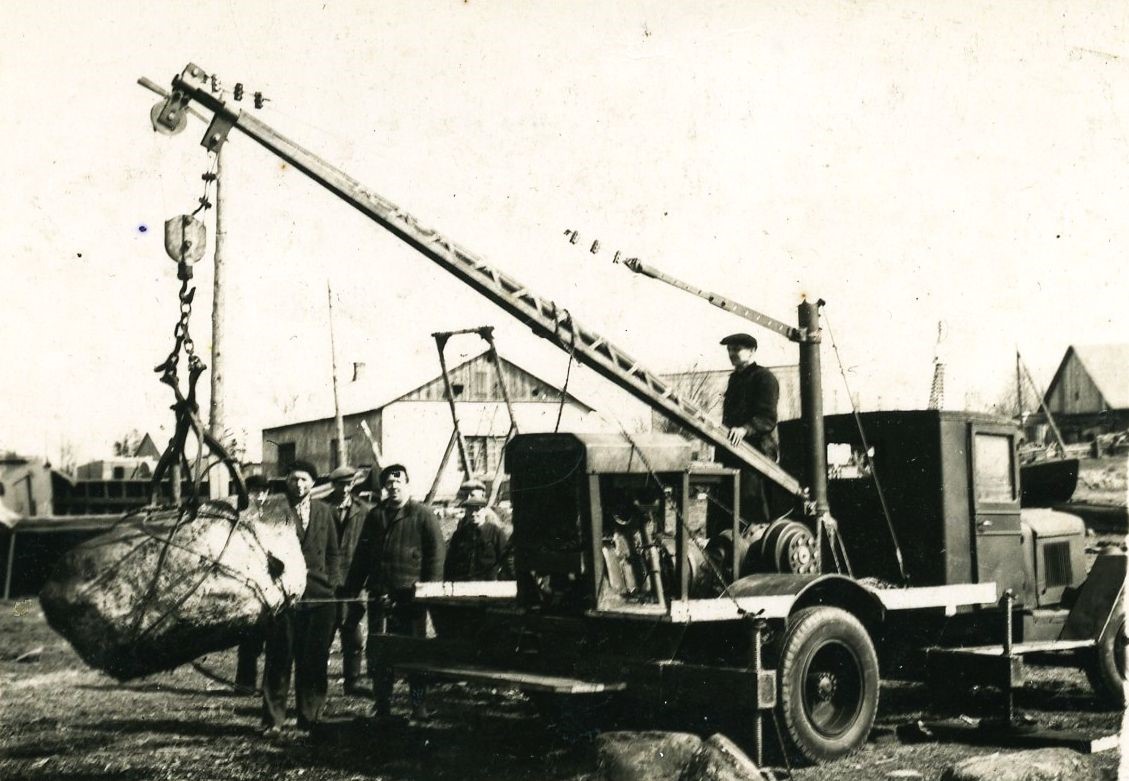 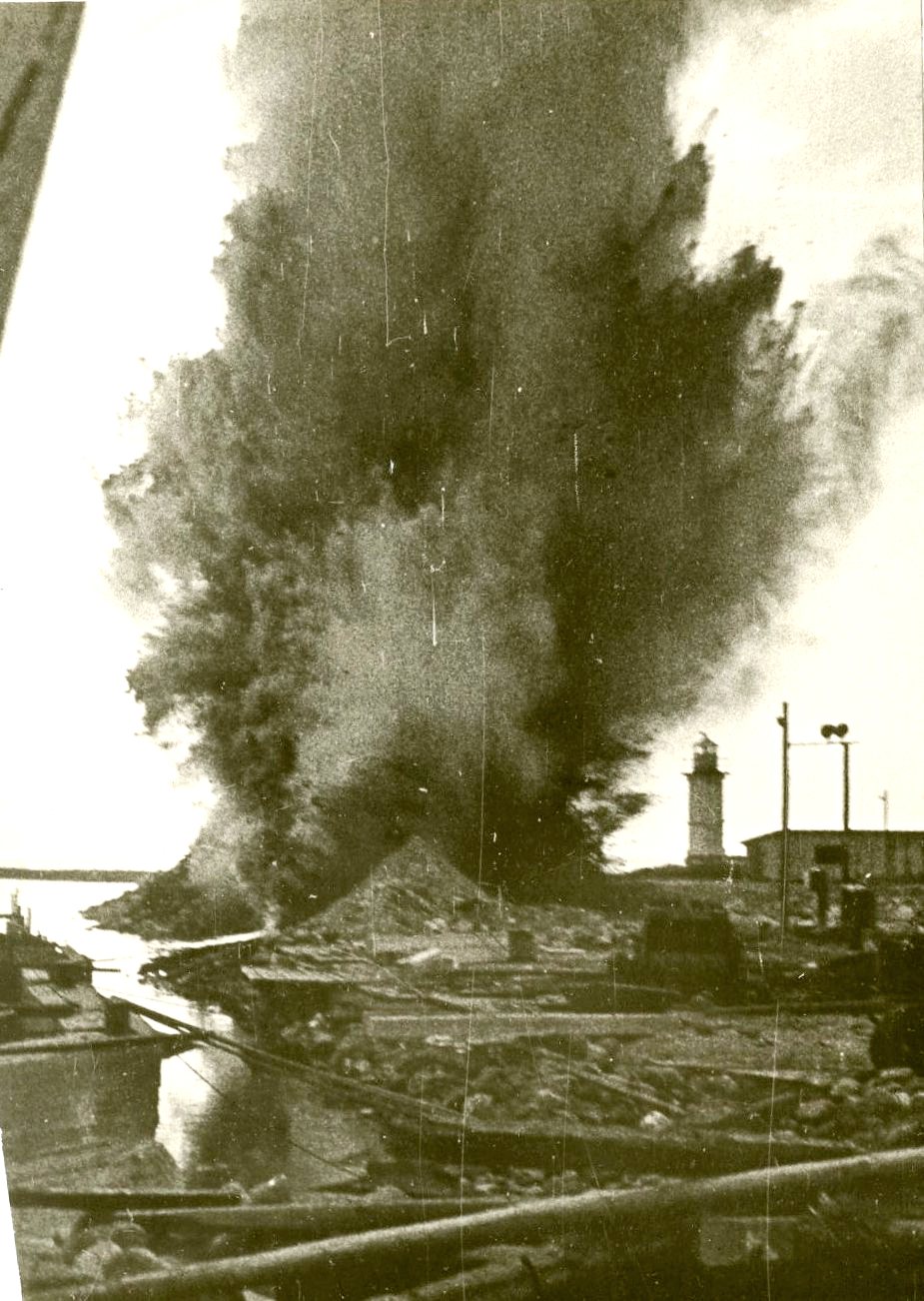 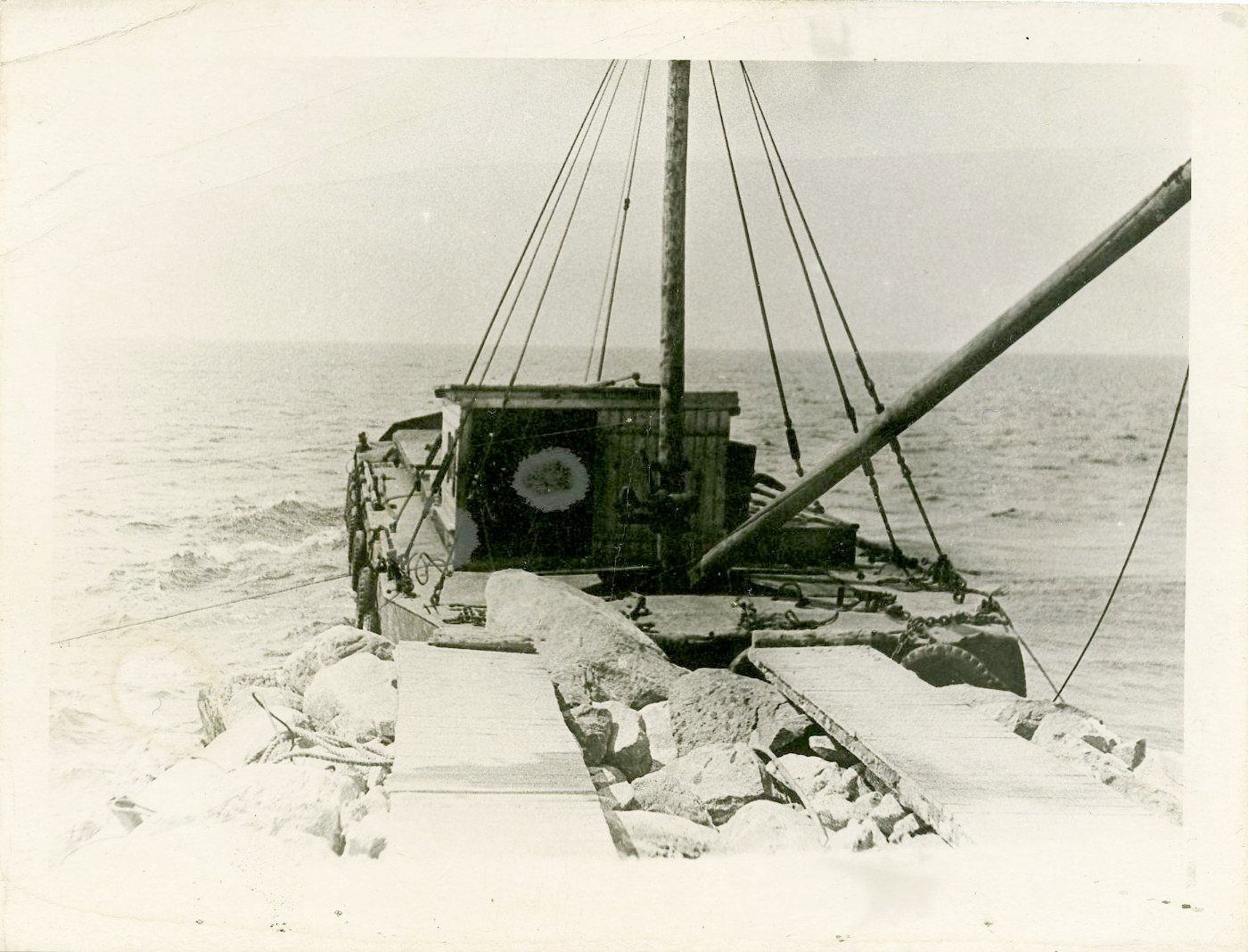 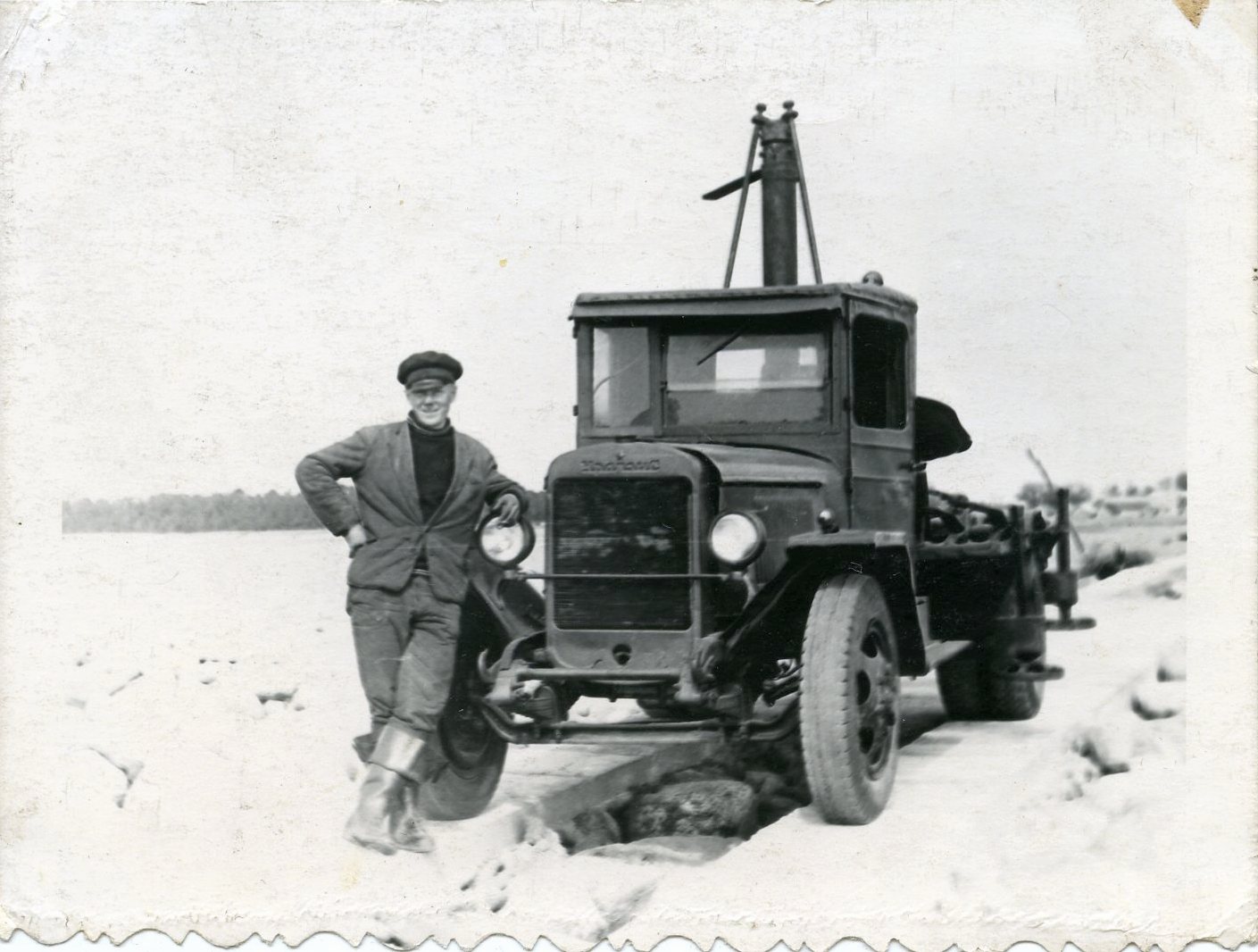 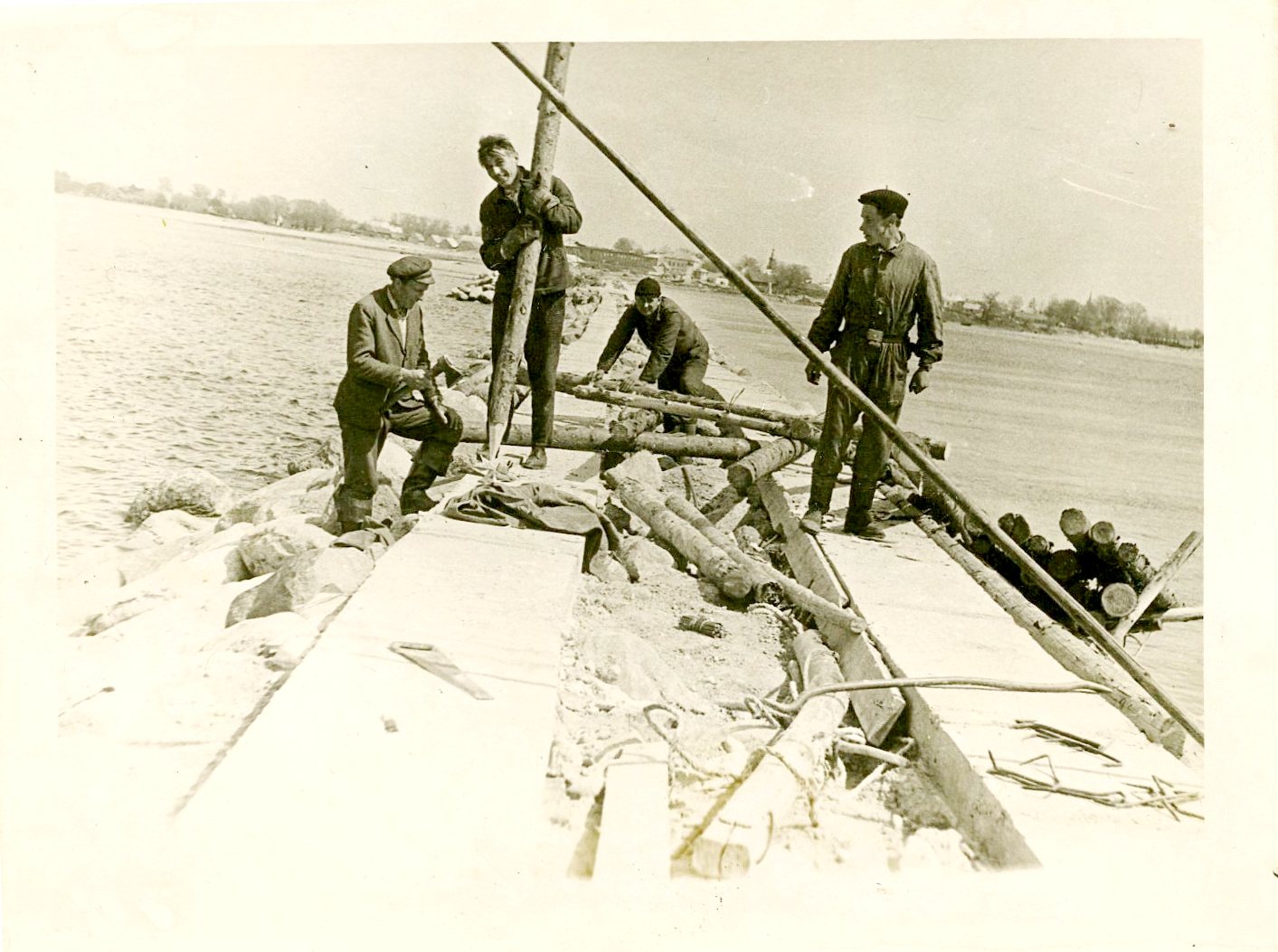 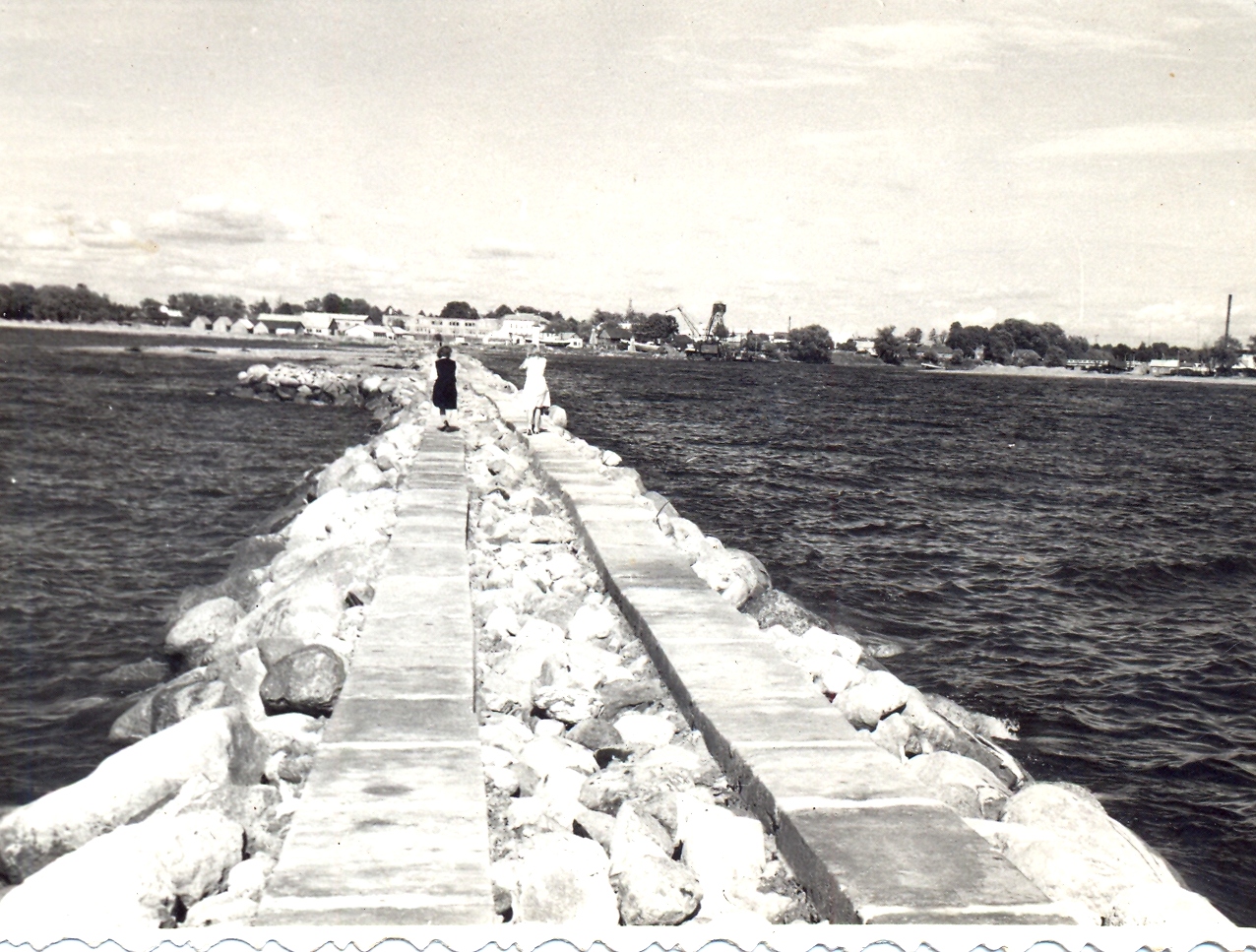 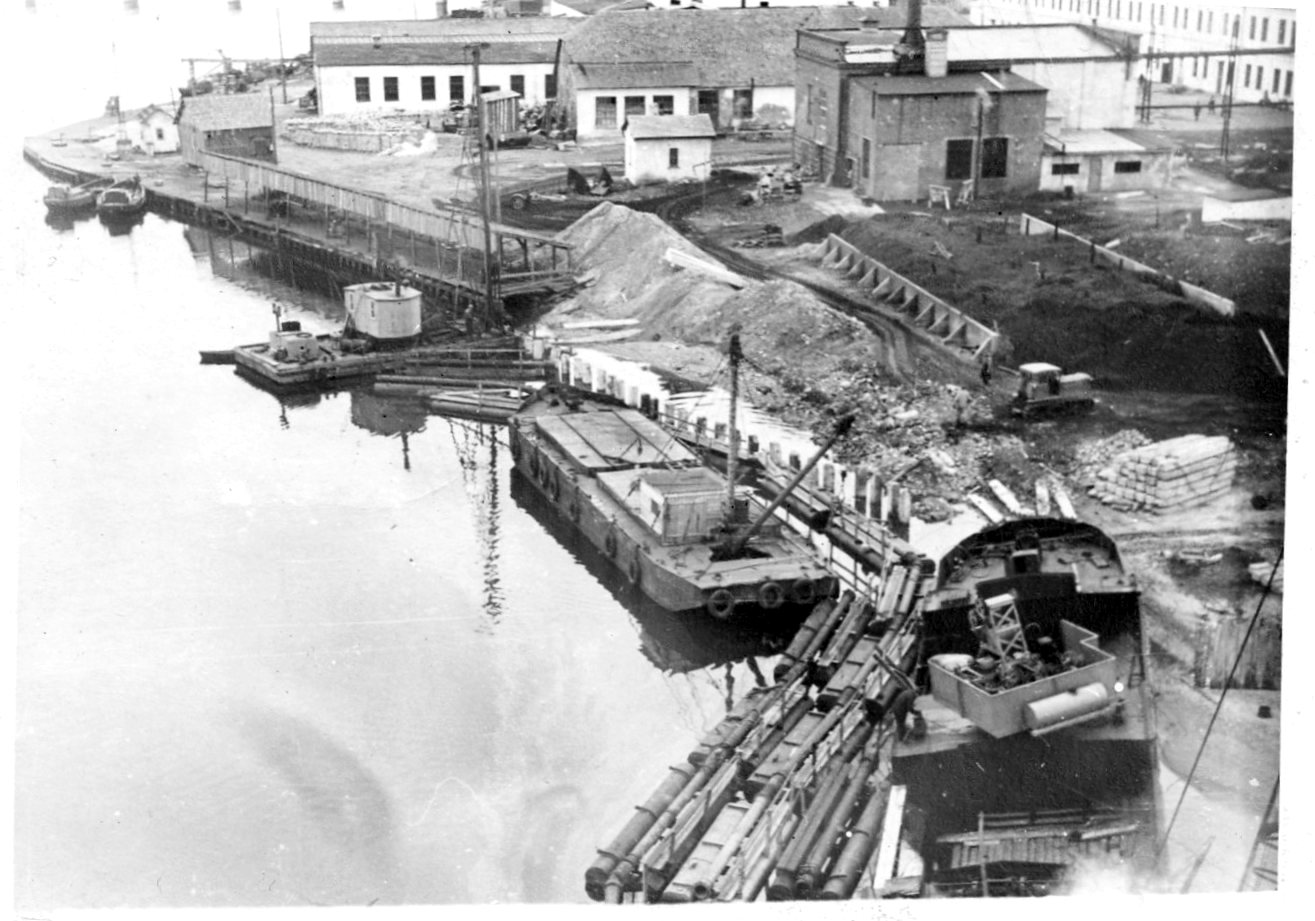 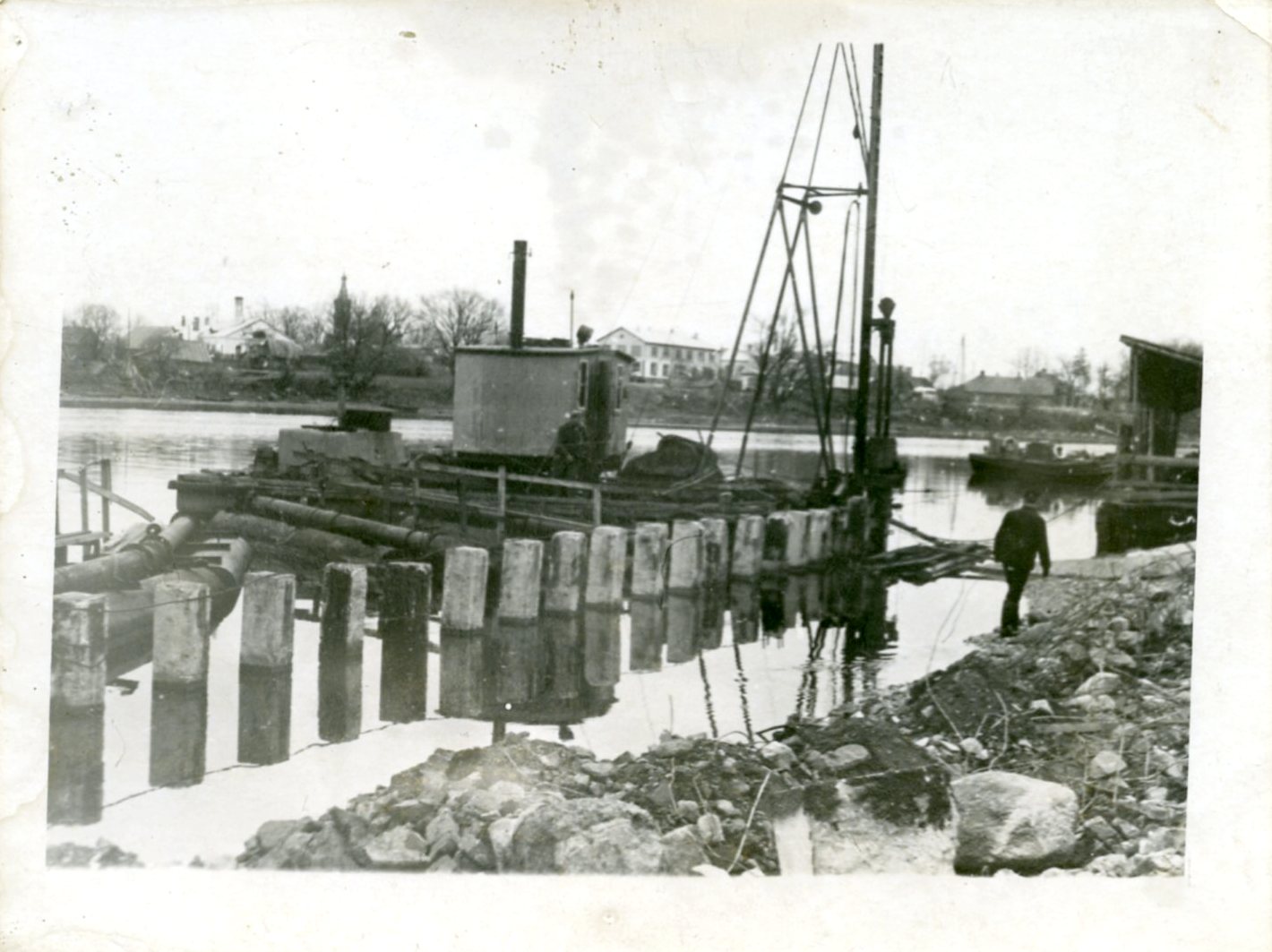 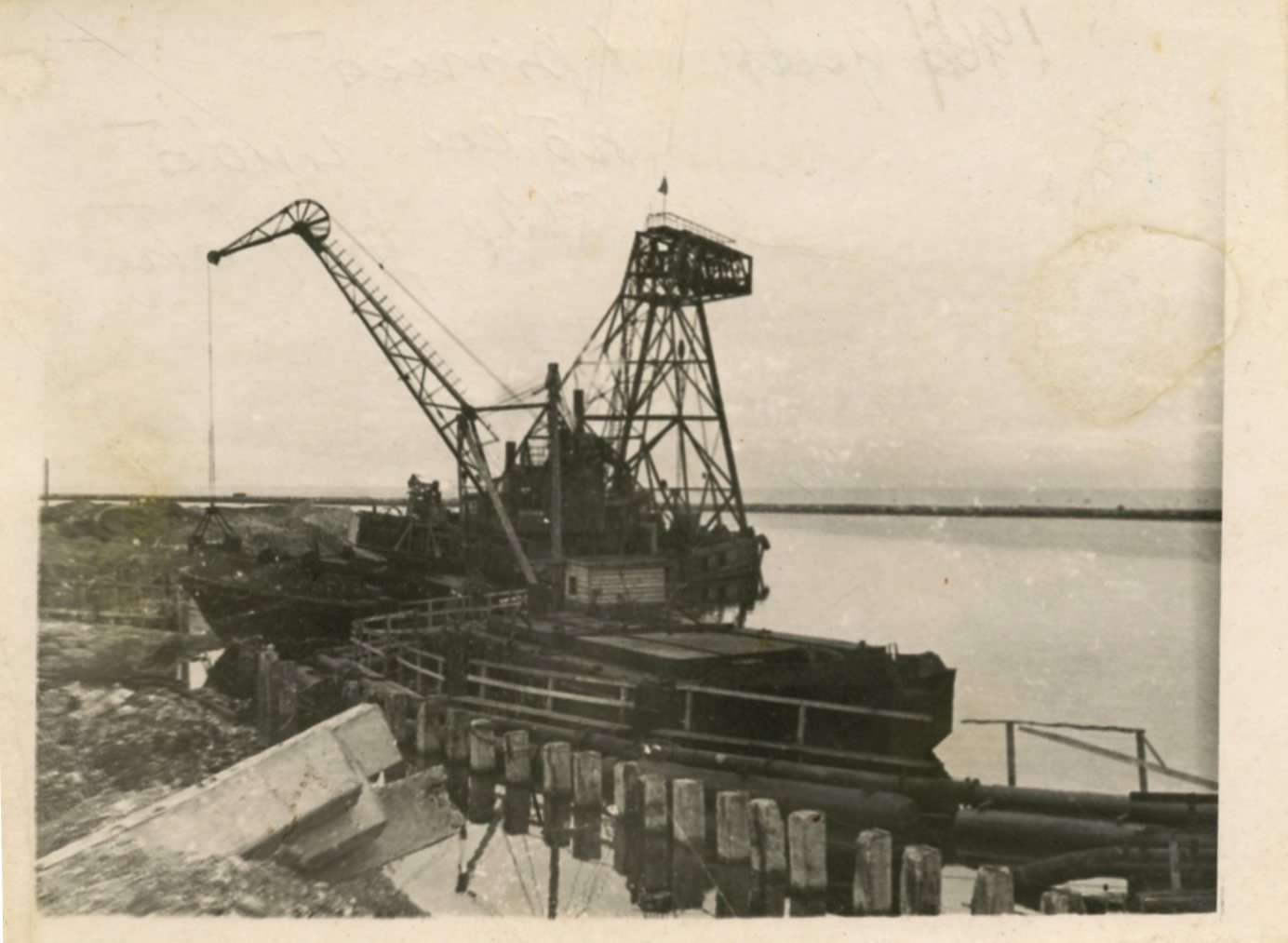 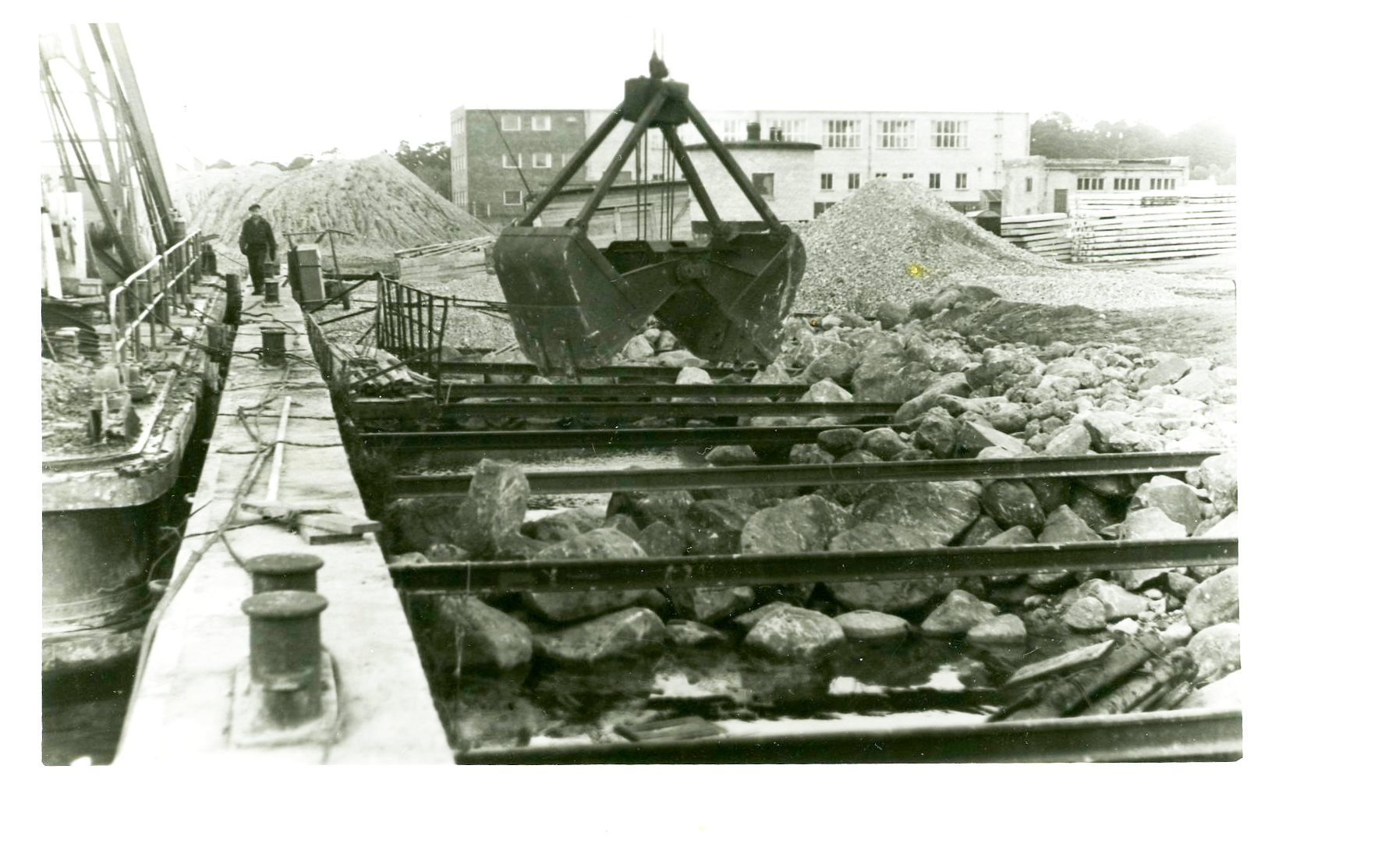 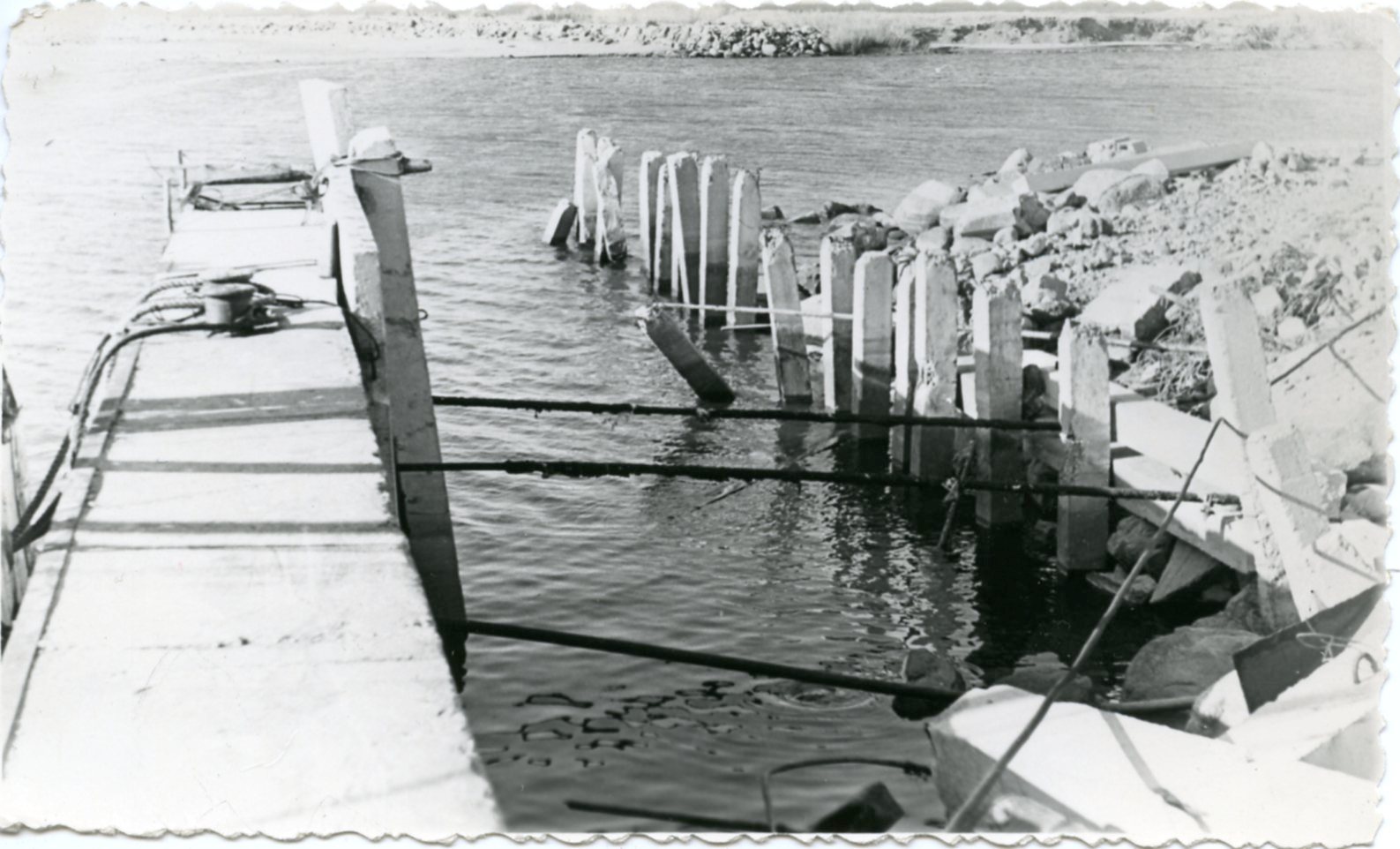 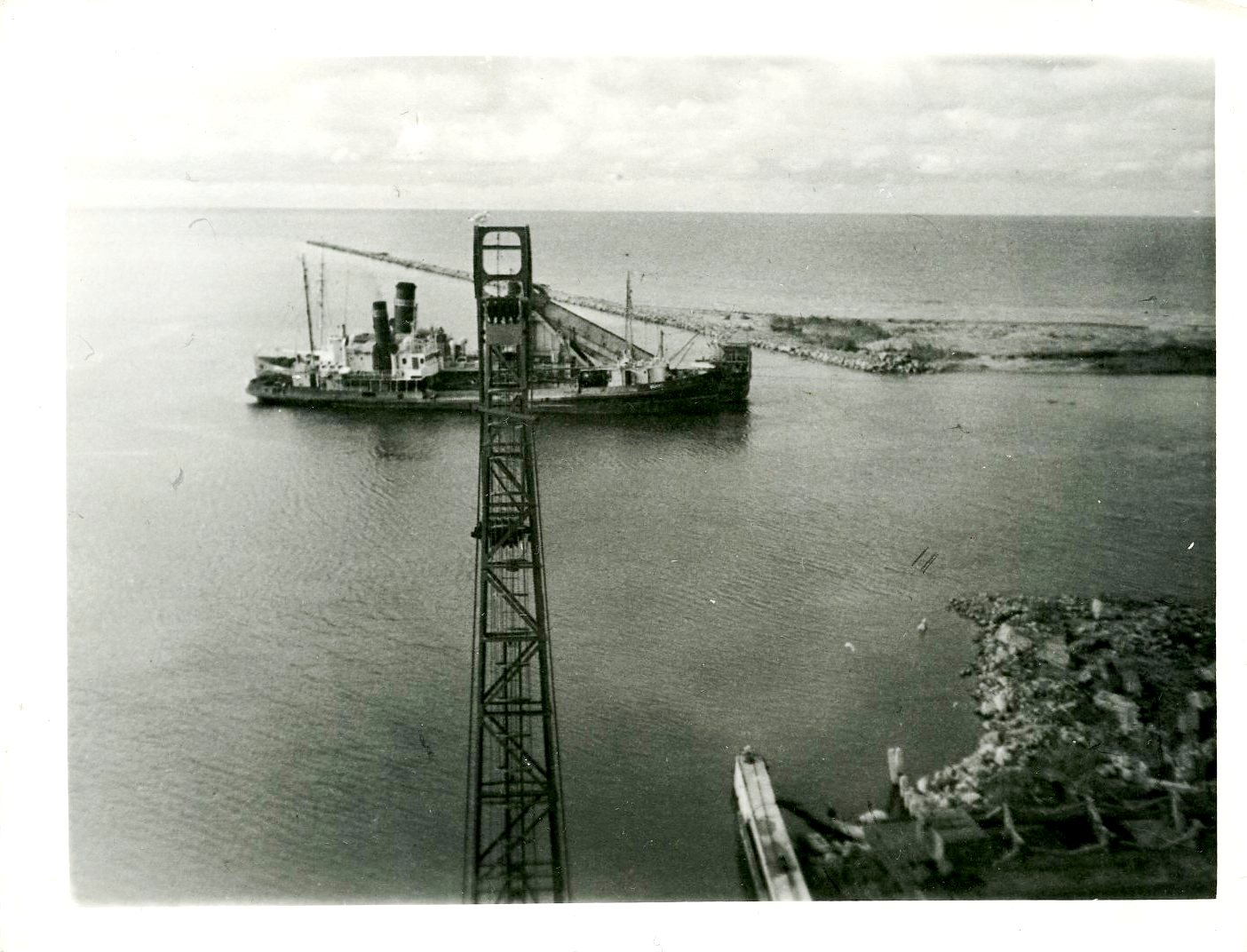 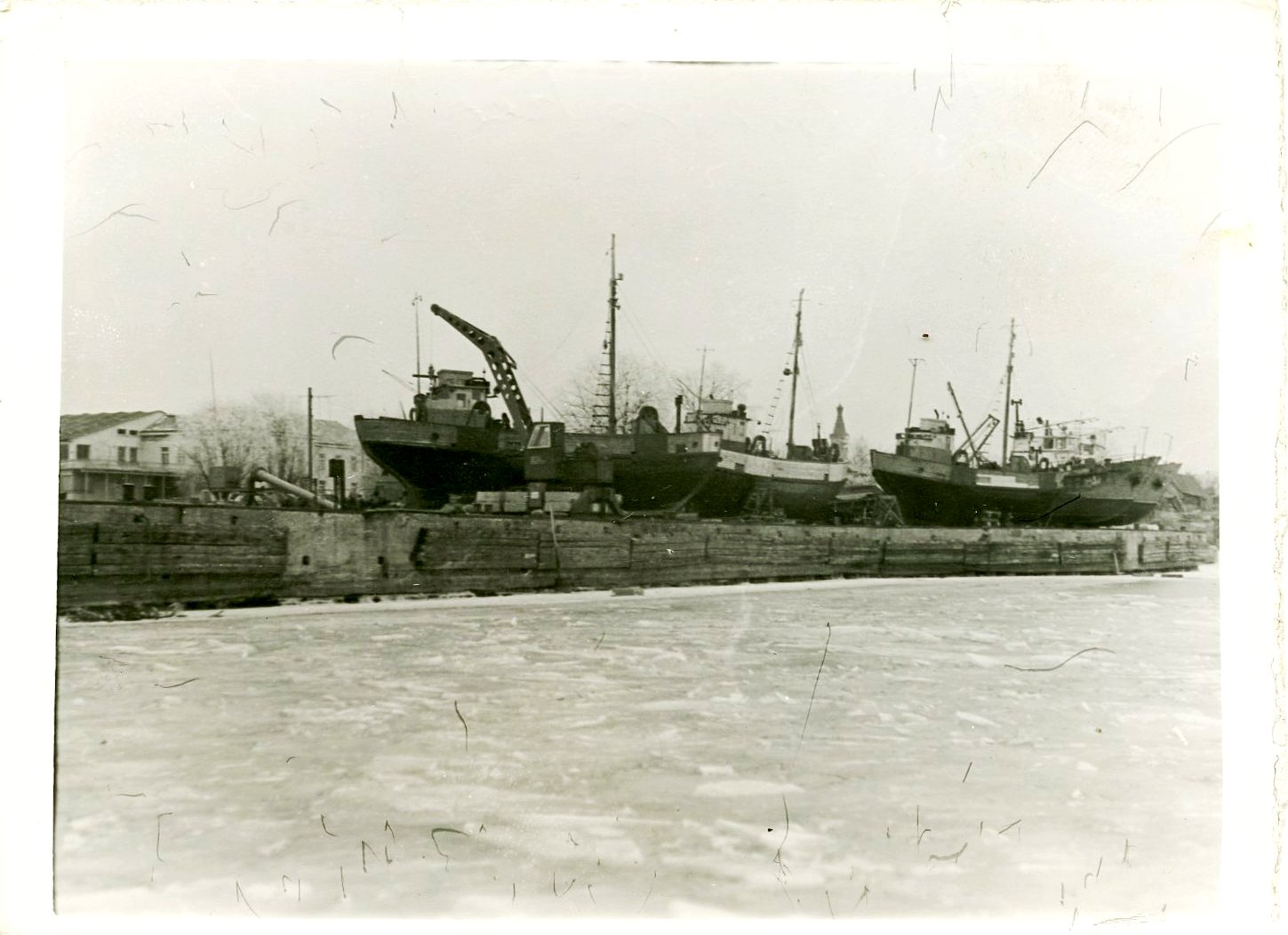 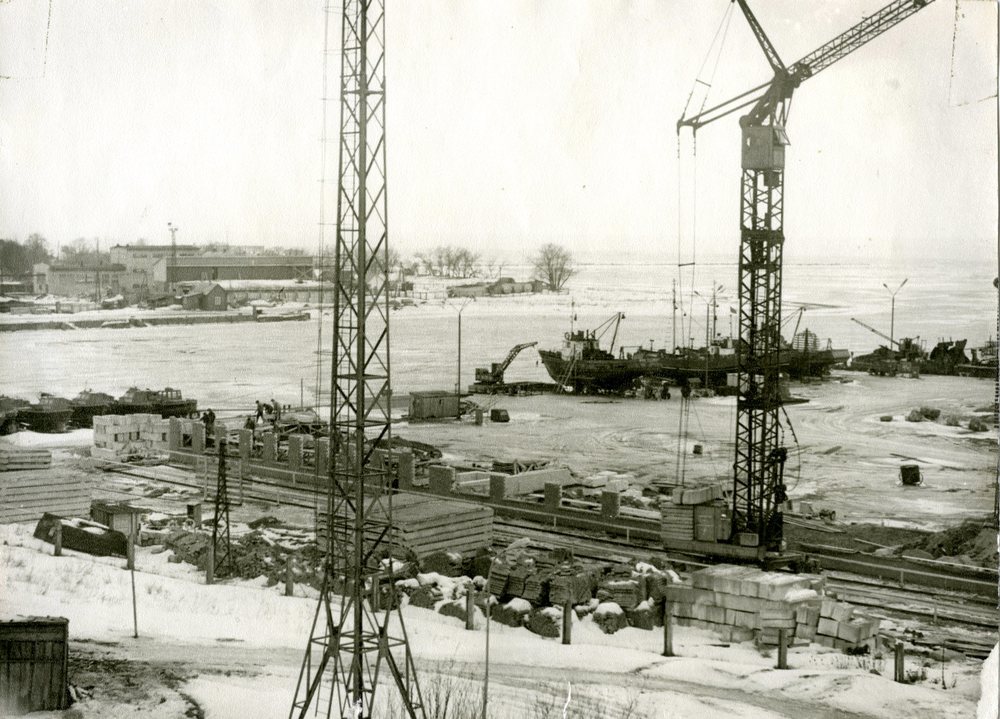 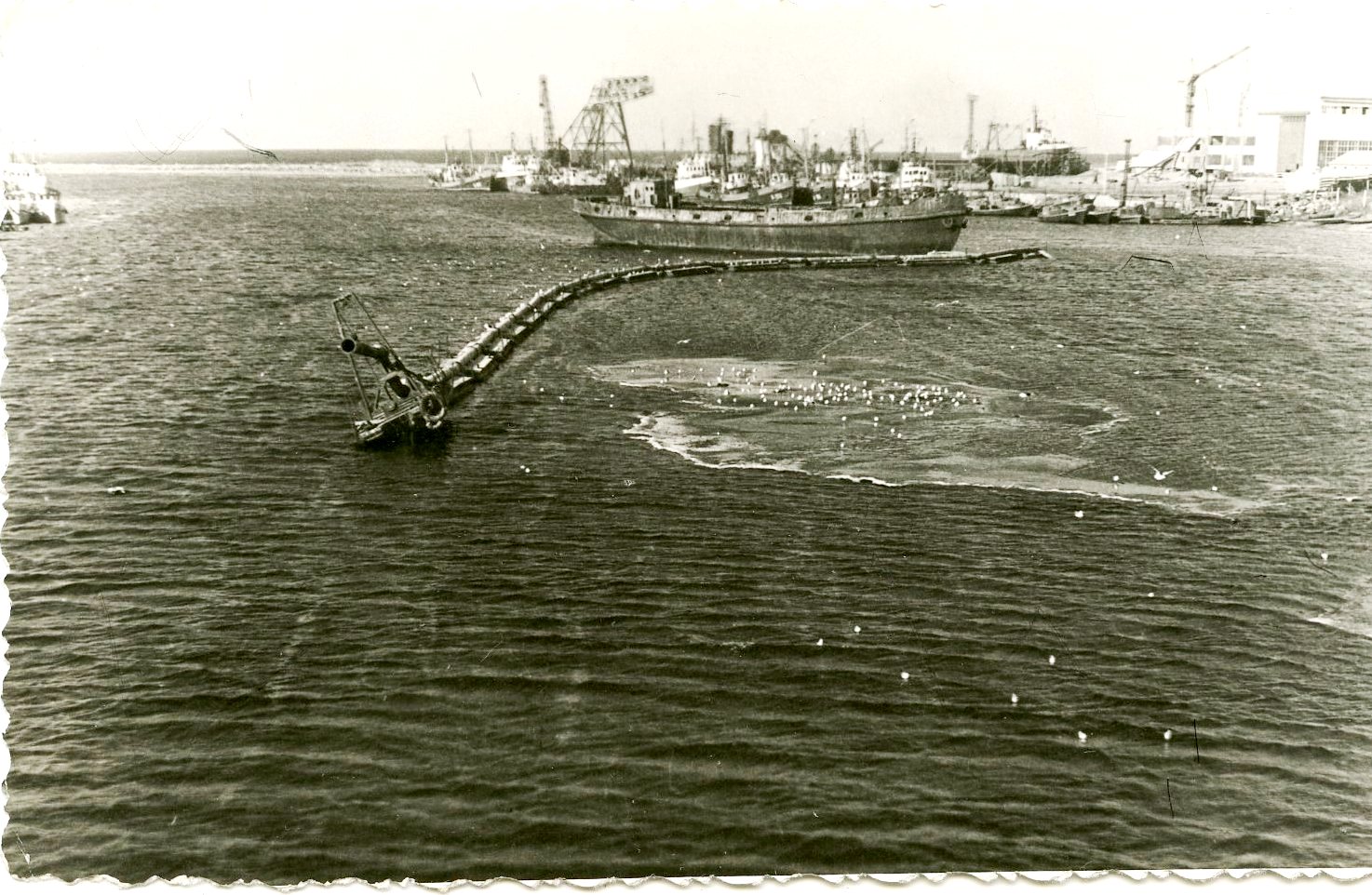 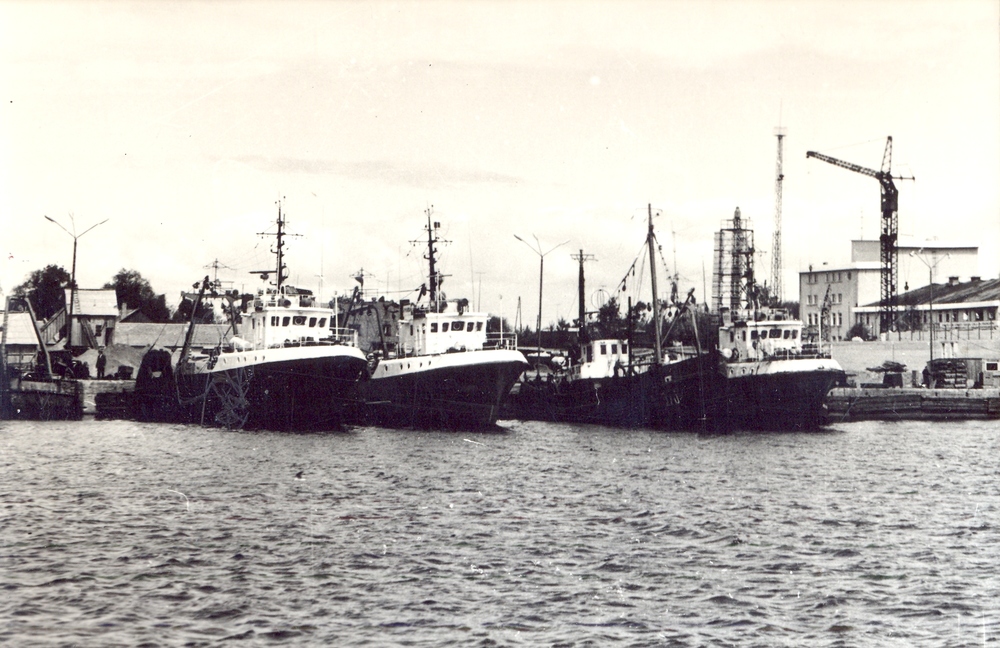 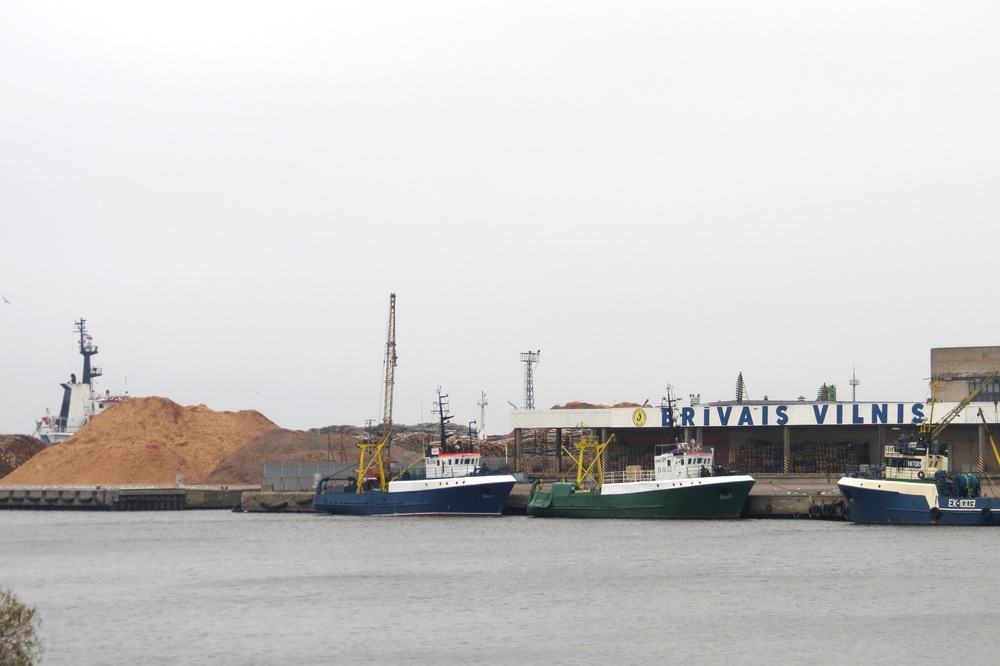 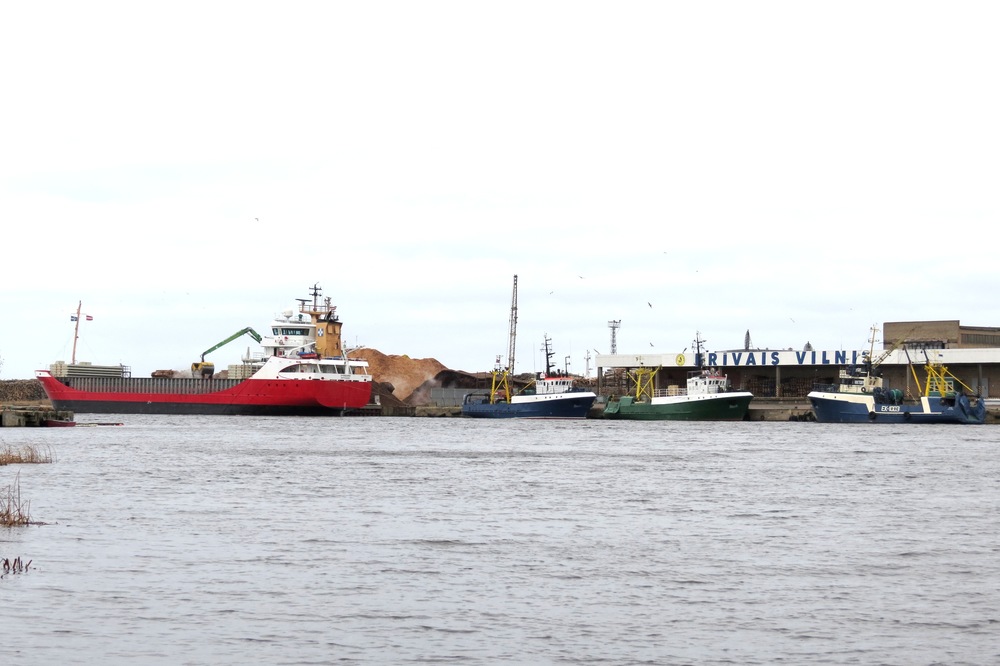 The port of Salacgriva is the furthest northern port of Latvia and it is located in the northeast side of the Gulf of Riga in the Salaca river estuary. It is 100 km from the Riga City and 13 km from the Estonian border.

The earliest evidence of the port on the Salaca dates back to the 18th century when August Wilhelm Hupel a historian wrote a legend that when the German traders first arrived in Latvia, they cast the anchor at the mouth of the Salaca; they disembarked their ships to trade with local inhabitants of the settlement. Only later did they arrive at the Daugava River, which they then chose as their permanent place of stay. This fact of course is a very pleasant one for us the Salacgrivians and makes us think that in another accidental course of history the settlement on the banks of the Salaca could have become an important European city as Riga is now.

The development of Salacgriva as the natural port began in 1870 when the coastal fishing flourished. The port then became an important place for trade and transportation of timber and grain.

A paragraph from Native Land the book by A. Melnalksnis published in 1923: Back then, the Port of the Salaca was the main point for our barley, flax and timber export; the rural products from all over North Vidzeme of Latvia came there. Pärnu large commercial offices Schmidt and Yaksha built there a spacious warehouse (storage) which was connected to the port with a railroad. As the farmers – the inhabitants of Vidzeme exchanged their products here to salt, iron and so on a number of private stores and dwelling houses soon were built around the warehouse. A pharmacy, an outpatient, a wool and a timber factories as well as other facilities soon opened there.* The Tsar government wanted to spruce the port and to build the dams for 200 000 rubbles but then the project was discarded.

The unfavourable circumstances for Salacgriva port were the establishment of Ainazi port in 1903 that was only 13 km from Salacgriva and the building of the Ainazi-Valmiera railroad in 1912. The railroad channelled the products to Ainazi or Valmiera. The 1921-1922 project to build a connecting railroad line that would have connected Salacgriva with Ainazi-Valmiera railroad station Zonepe (about 15 km) was not implemented. The Riga-Mazsalaca-Rujiena railroad that was built at the beginning of 1930s that separated Vidzeme from its rear part did not contribute to the development either. The port remained 3 to 4 metres deep and 200 metres wide. The big traffic steamers Riga-Pärnu were at anchor in the roadstead approximately 2 kilometres from the shore as the entrance was blocked by the sea shoal of about 1 to 1.5 m depth.

It is possible that due to the character and influence of Henry von Holstein the last Baron of Vecsalaca the development of Salacgriva port ceased and the railroad was never built. According to A. Melnalksnis:

These works as the great blessings of the Salaca could also have been accomplished unless Vecsalaca baron had not objected to them through his waywardness that caused Salaca to miss Valmiera-Ainazi railroad. He is also to blame that Ainazi port got an advantage of Salacgriva port where the government invested millions to build and develop.**

The view of the Salacgriva port. A building with an emblem of a rescue squad station can be seen on the opposite bank next to the big warehouse. Around 1923.
Latvian Water Rescue Squad Society was established in 1923. The local department were in Salacgriva, Daugavgriva, Ovisi, Ventspils, Pavilosta, Akmenrags, Liepaja and Bernati. Salacgriva squad as the only unit in the North Vidzeme part of the Gulf of Riga had the widest scope of work. The rescue station was located in the territory of the port on the left bank of the Salaca.

The construction work in the Salacgriva port. The trial of the mobile crane constructed by the Salacgrivians themselves. A big rock is being lifted. Remberts Lusis – the operator of the crane; the man with a beret - Juris Rotbahs - was the manager of the repair workshop. April of 1959.
The mobile crane was the reconstructed lorry GAZ AA that had been remodelled by the mechanics of the kolkhoz themselves. It was constructed on the basis of a polutorka (the capacity of 1.5 tonnes that gave the name – polutorka from Russian language that means one-and-a-half). It was used for lifting rocks.
After the Second World War the port of Salacgriva became a base location for the fishermen from the collective farm Brivais Vilnis.
The development and the enlargement of the port started in 1959. It was initiated by the collective farm chairman Alfreds Slisers. You can still see the evidence – the memorial stone at the marina with the engraved year in it. Slisers started the reconstruction of the port before he had received an approval from Moscow thus undertaking a great risk and responsibility simultaneously risking being imprisoned. The construction work was carried out at full steam while Voldemars Stikis the manager of the construction department went to different departments in Moscow to settle the bureaucratic formalities for the construction project in question including the part of it that had already been performed without the approval. It was a hard errand and he was armed with a small token of gratitude or bribe – lamprey, salmon and eel caught in the Salaca.

The mobile crane and its operator Guntis Kalviskis at the newly built pier of Salacgriva port. The mobile crane was the reconstructed lorry GAZ AA that had been remodelled by the mechanics of the kolkhoz themselves. It was constructed on the basis of a polutorka (the capacity of 1.5 tonnes that gave the name – polutorka from Russian language that means one-and-a-half). It was used for lifting rocks. 1959.

The port of Salacgriva. “The dry river”. The water was blown out of the banks. The view from the left bank of the Salaca. The dredge pontoons and pipe that was used for the pumped soil to float to the bank. In the background the port of fishermen kolkhoz Brivais Vilnis and the ships including Titans – the floating engine for pile driving. November of 1976.

The right bank of the Salacgriva port. 2014.
The reconstruction works of the port were over in 2003. The works enabled the port to increase the range of the cargos that can be handled at the port. In addition to timber cargos, which is the staple, bulk cargo handling such as claydite, wood chips and peat were added in 2004. The handling of granite chips enriched the assortment of bulk cargos in 2005.