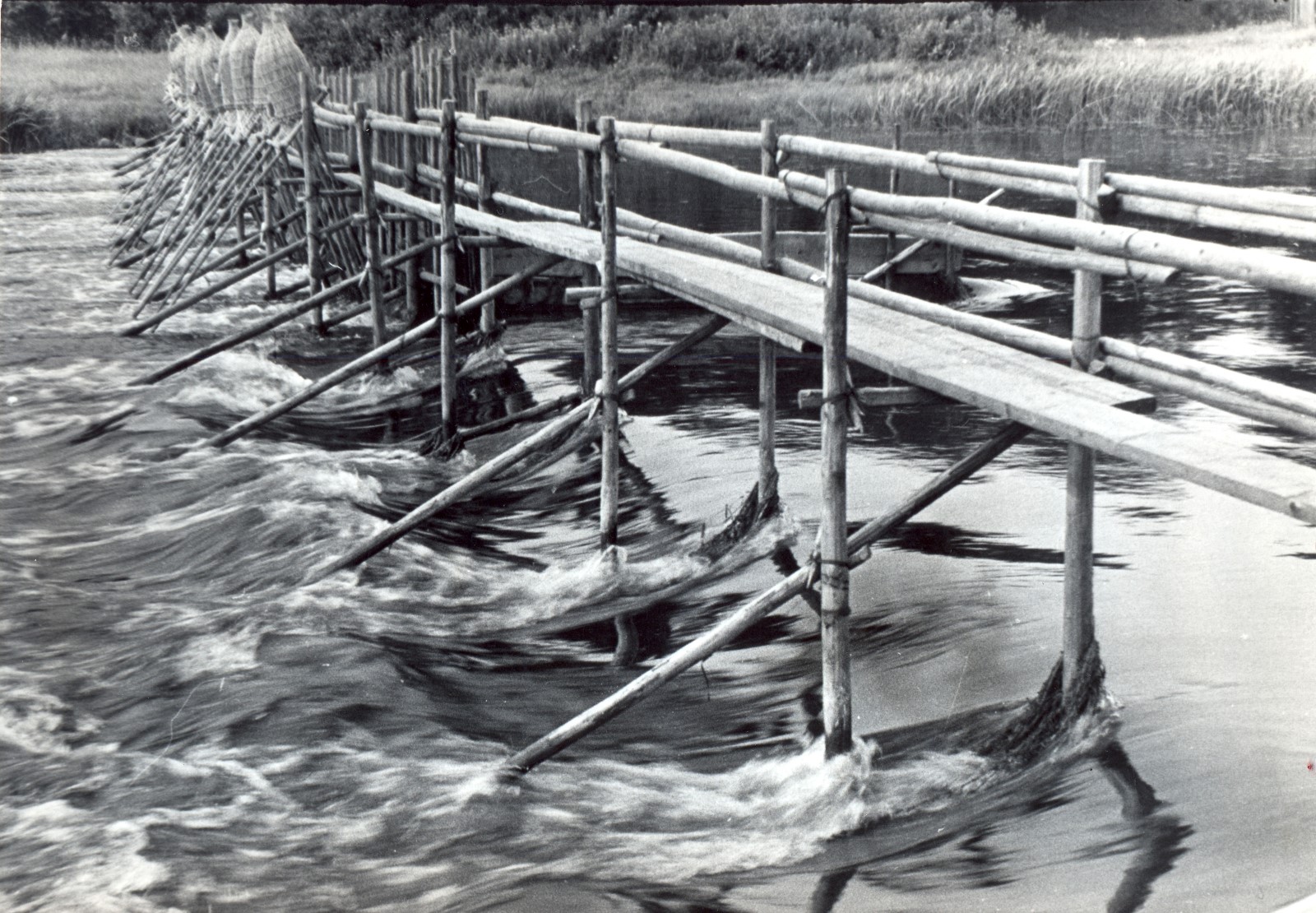 The catch of lampreys by means of a weir is an ancient fishing method, which was also applied in the Daugava, Venta and Gauja rivers earlier, but nowadays - only in the Salaca River and the Svetupe River.

In the scientific archive of the Department of Ethnography of the Institute of Latvian History we can find the testimony of Augusts Bisenieks born in Salacgriva in 1877, who in 1958 said: From the days of forefathers the lamprey pots, have been put into the river in autumn. The rent was paid for the fishing on the river to the baron.1

The farmer, without the permission of the manor administration, was forbidden to change the places of casting and dredging the net or the location of the weir. The duty for the fish that was caught were collected ever since 1253.