Back From parish school to the classical school 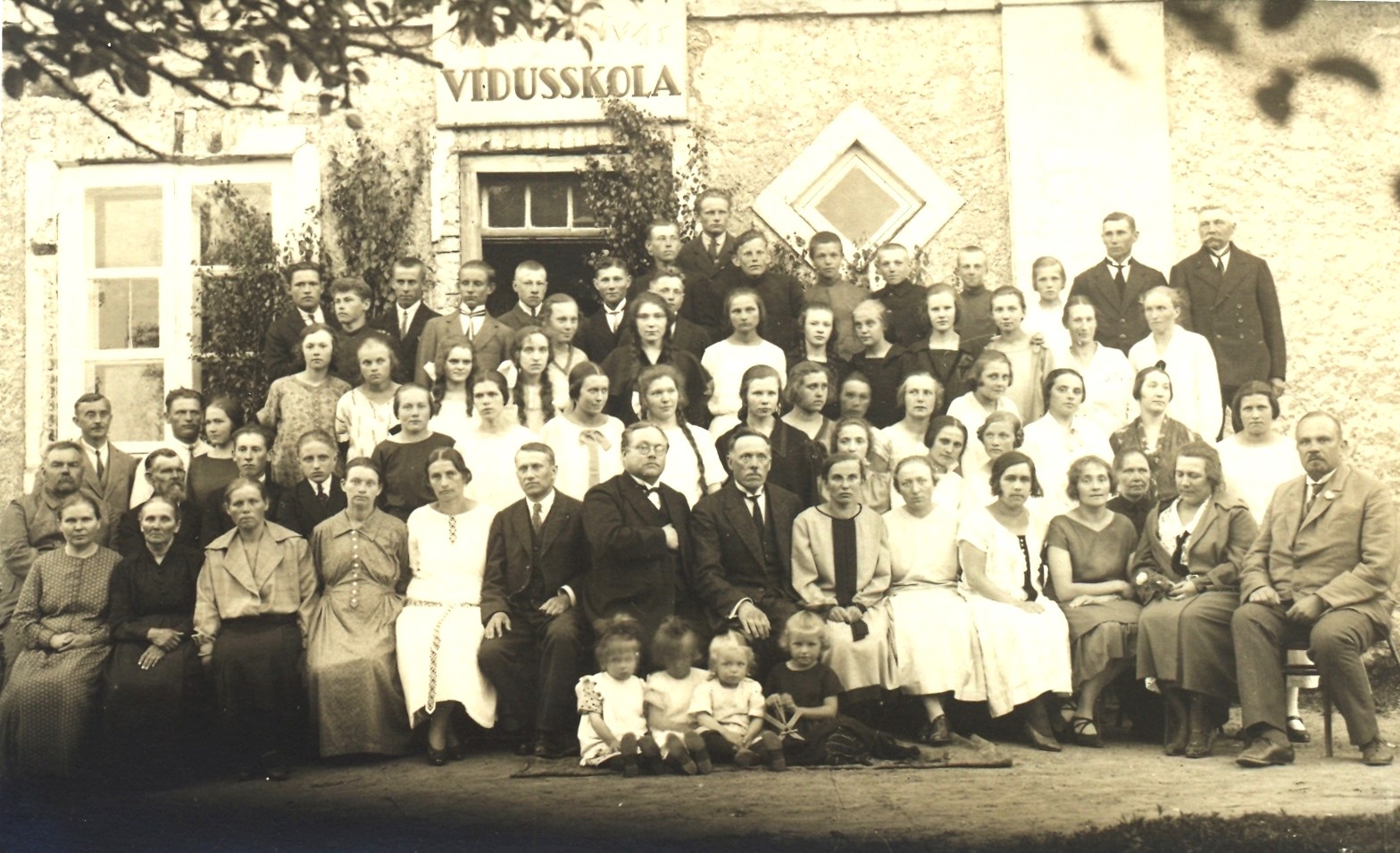 The first school in Limbazi district.

1686 – The priest of Salaca parish Johanness Hofmanis informed his superiors of Vidzeme Church that there is a person in the parish who teaches the children of peasants to read and write and to exercise in catechism printed in Latvian.

The school building of Salaca Parish was built in 1755. The master – Janis Leinards.

There are no manor schools yet.

The school of Lielsalaca Parish was mentioned in 1840. The school did not have a permanent building for classes.

The studies took place in a dwelling house. The teacher – David Dzirne.

1862 – the teacher Martin Kalnins. The seminarian.

1862-1910 the teacher Fricis Berzins. The classes took place in a former dwelling house of a priest. The school had the second grade opened. 18 students attended the school.

Frydrych Berzins was born in 1846 in Perci House. In 1868 he graduated from Cimzes Teachers Seminar in Valka. He was also a organist in the parish. He promoted the choir singing.

The orthodox school in Vecsalaca was open in 1850.

1873 – the building of orthodox school in Salacgriva was built.

1868/69 no permanent building existed. The classes took place in a dwelling house. It was the beginning of Korgene (Jemeklis) School.

Jemeklis School was built in 1874 as a single-class district school. The teacher – Niks Kalnins.

1913 – stone building of Jemeklis School was built. The classes took place in a new Korgene school up to 1997 when the school was moved to the new premises in the centre of Korgene.

1866 – an orthodox school in Krivi House in Korgene was open. It was named Krivi School.

Kraukli School in Kuivizi, Vecsalaca District existed in Kraukli House from 1884-1892. The teacher – Gusts Kalnins. It was decided to move the school to Cerpeni in 1892. The school existed there up to 1906 when an Expedition of Punishers (a violent organisation of rebels) burned it down.

Mezmeiniki School – the building was built and the school was open in 1876. The first teacher – Frydrych Svede.

There was a single-class Lutheran Primary School – Kuikule School. It was built approximately in 1865. The teacher – Marcis Berzins. The type of education – parish school.

The 1st grade orthodox Svetciems District School (Silkalni School) was open in 1862. It got its own premises in 1893.

The Lutheran school of Lielsalaca Parish in Salacgriva.

1910-1921 - Frydrych Berzins was succeeded by Hermanis Eidemanis. He was born in 1885 in Ergeme. He graduated from Pskov Teachers Seminar.

1921/22 School Year when the Lutheran school of Lielsalaca Parish in Salacgriva was merged with Orthodox Parish School in Vecsalaca Salacgriva District Primary School was established. Parish schools ceased to exist.

7 teacher were employed at the Primary School. The school was attended by 199 students.

Hugo Grasis – the supervisor of the primary school from 1921 to 1940. He graduated from Pskov Teachers Seminar.

1921 – Salacgriva Secondary School was established at 12 Krsata Street. The first principal of the school – Hermanis Eidemanis.

1944/45 School Year – reestablishment of the secondary school was begun.

1971 – he construction of the new building of Salacgriva Secondary school for 1072 students was completed.

October of 1940 – 4 grade school was open in Stilfrida – the hunting cabin of baron Fegezak of Lani.

1995-96 School Year – the school was moved to the office building of kolkhoz Salacgriva, in the centre of the village.

2006 The Svetciems School was closed.

The autumn of 1997 – the school was moved to the premises in the centre of Korgene.

2009 – The Korgene School was reorganised into the branch of Salacgriva Secondary School.