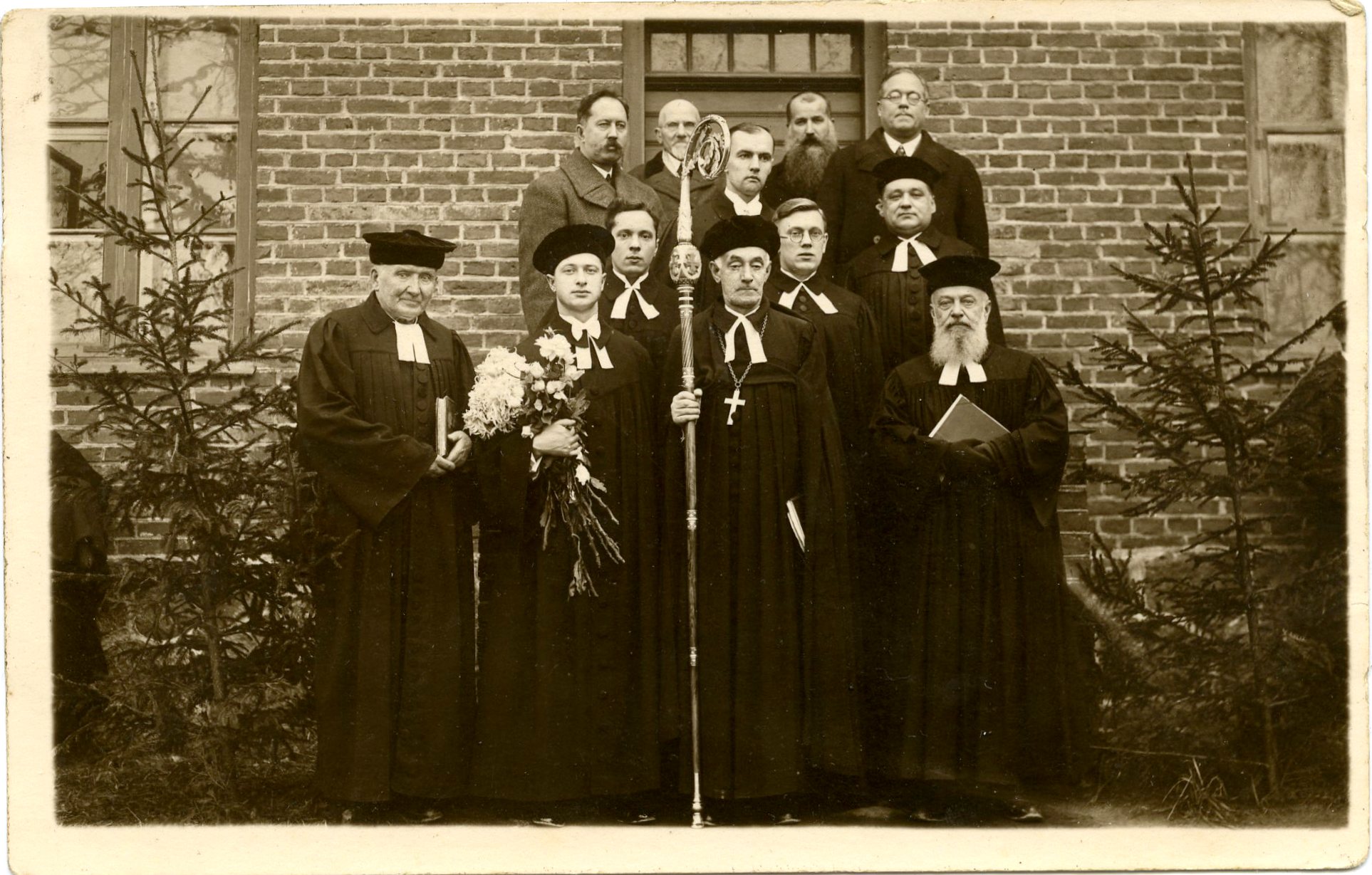 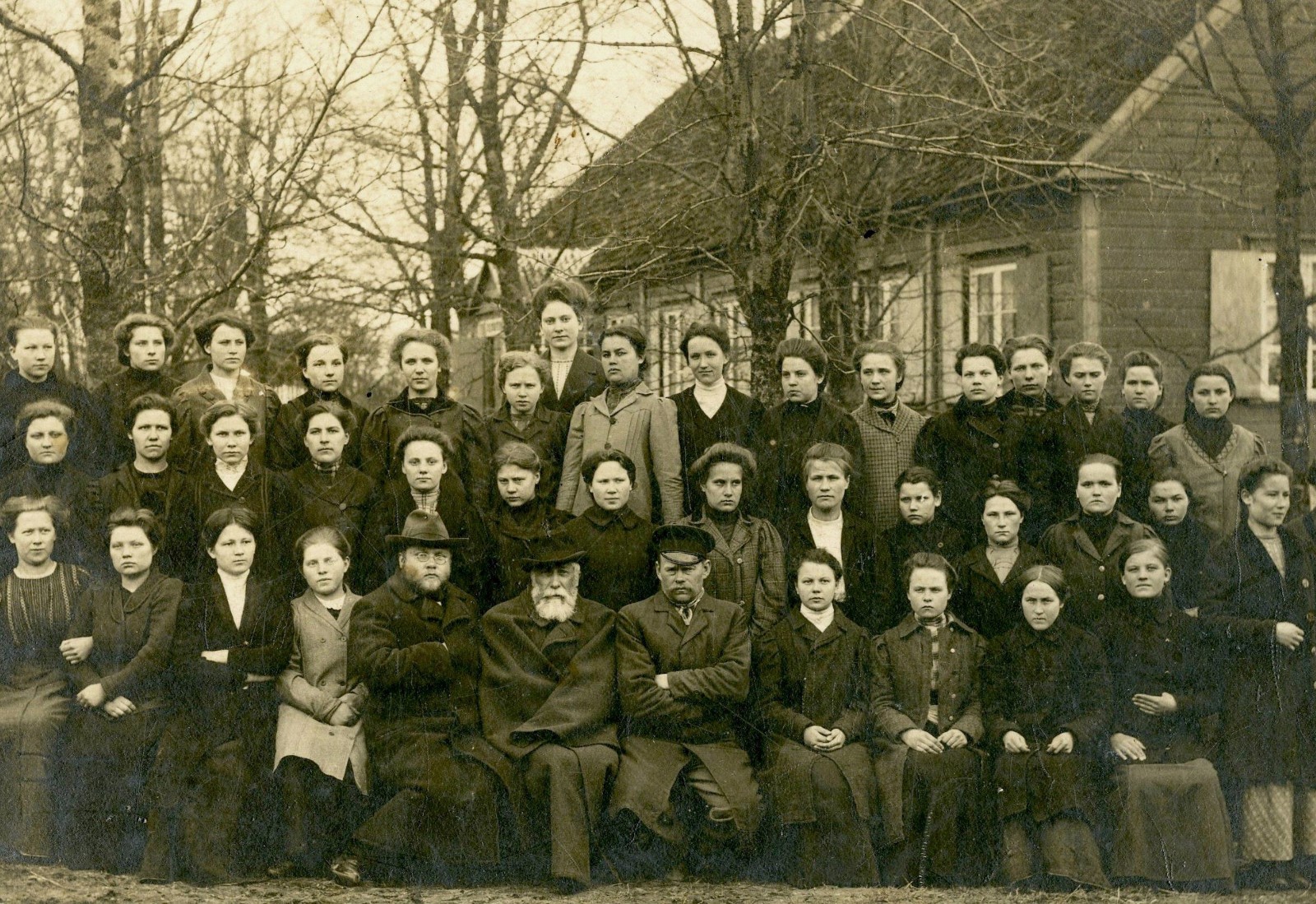 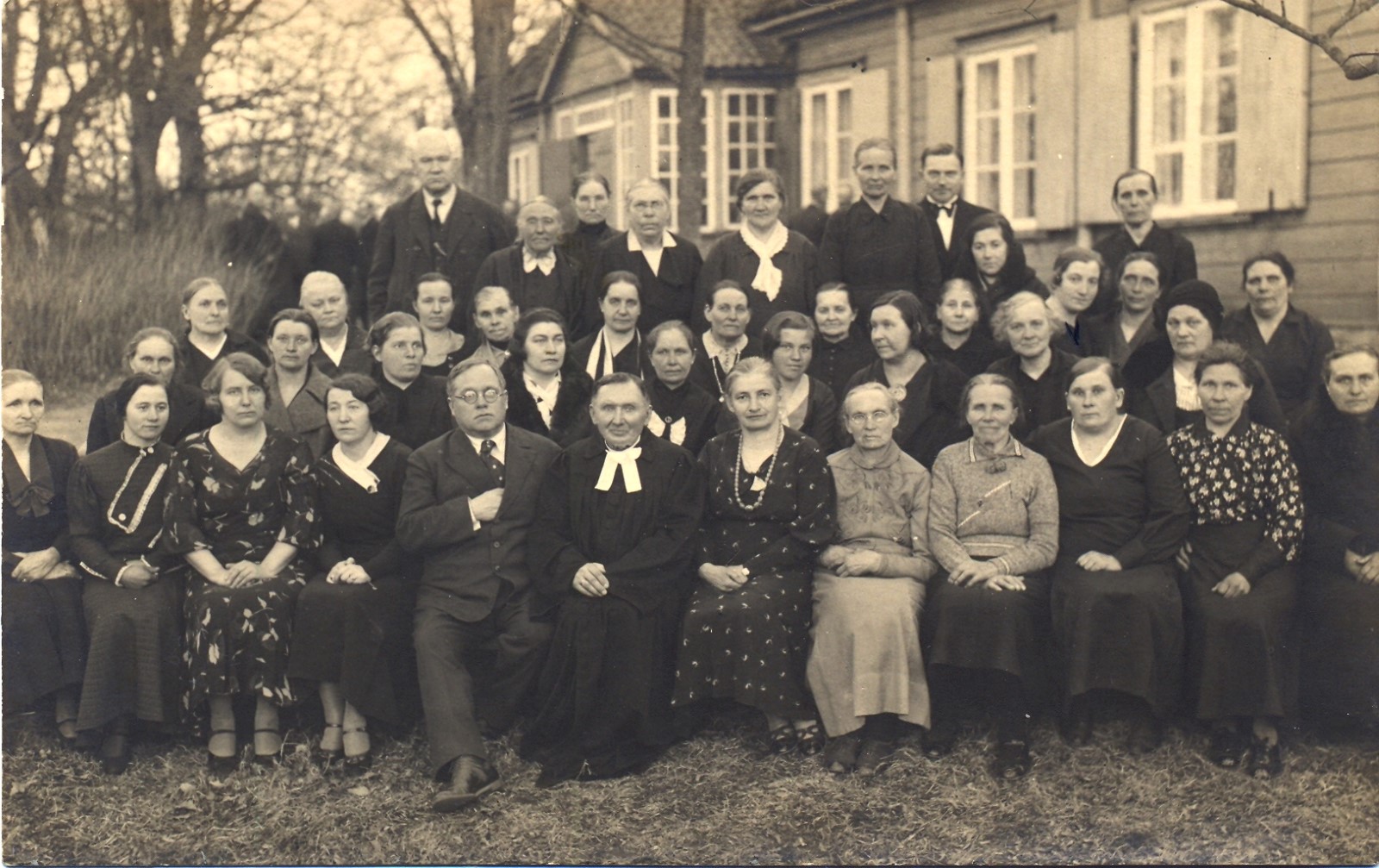 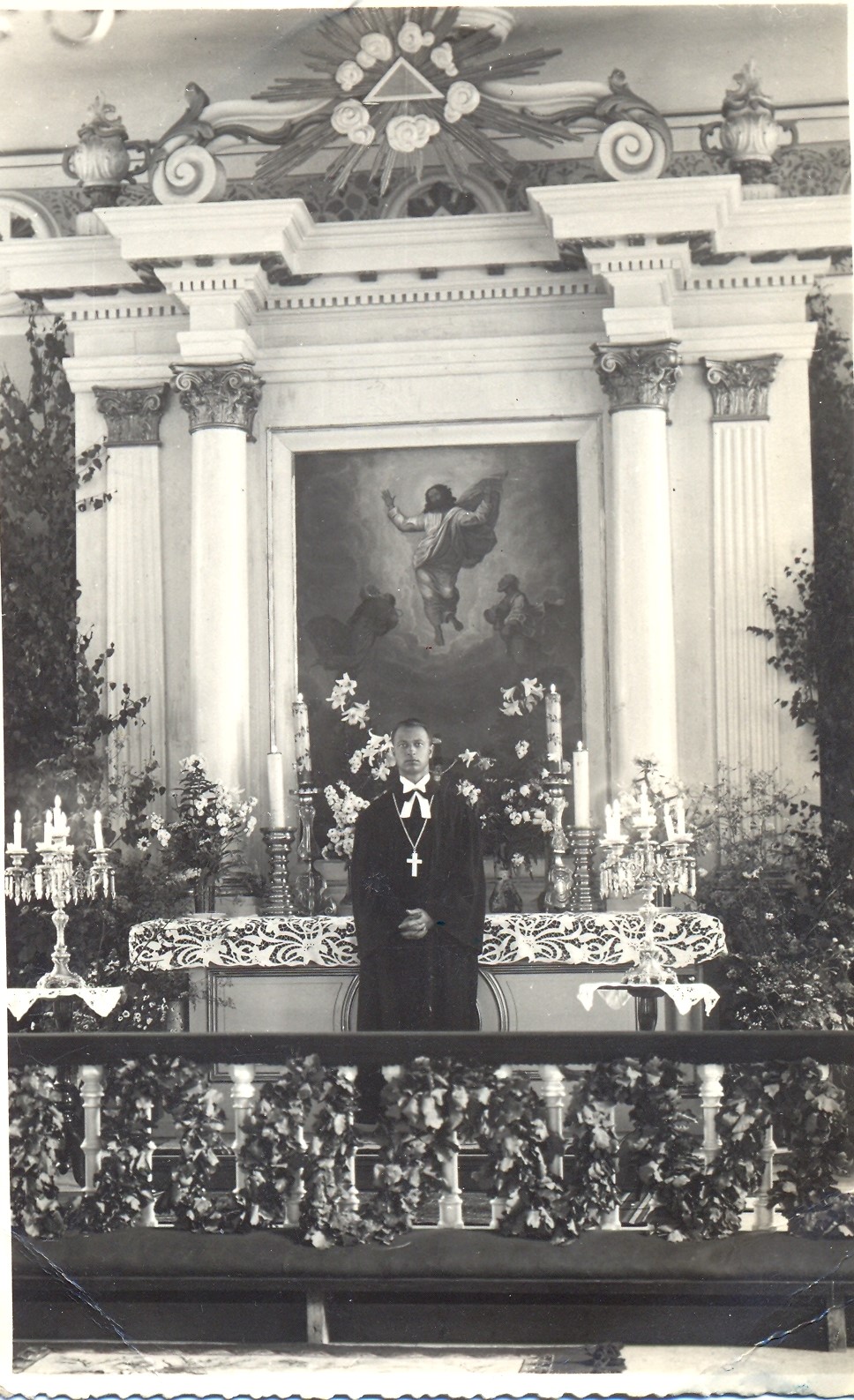 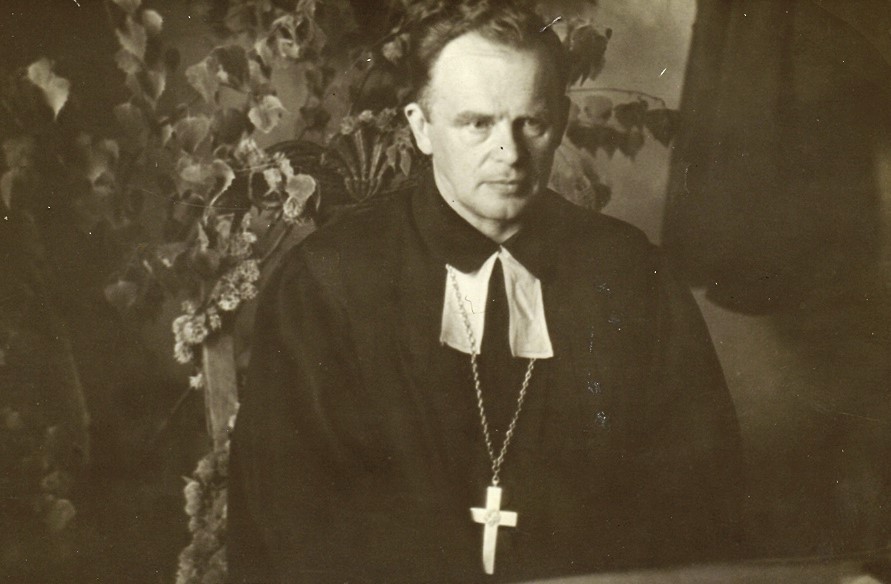 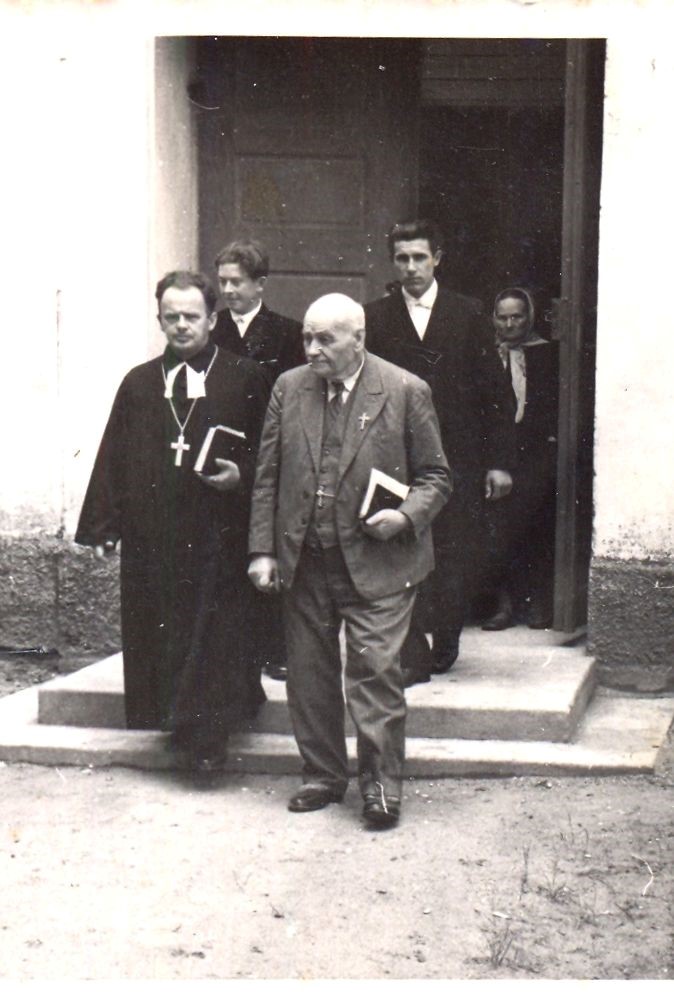 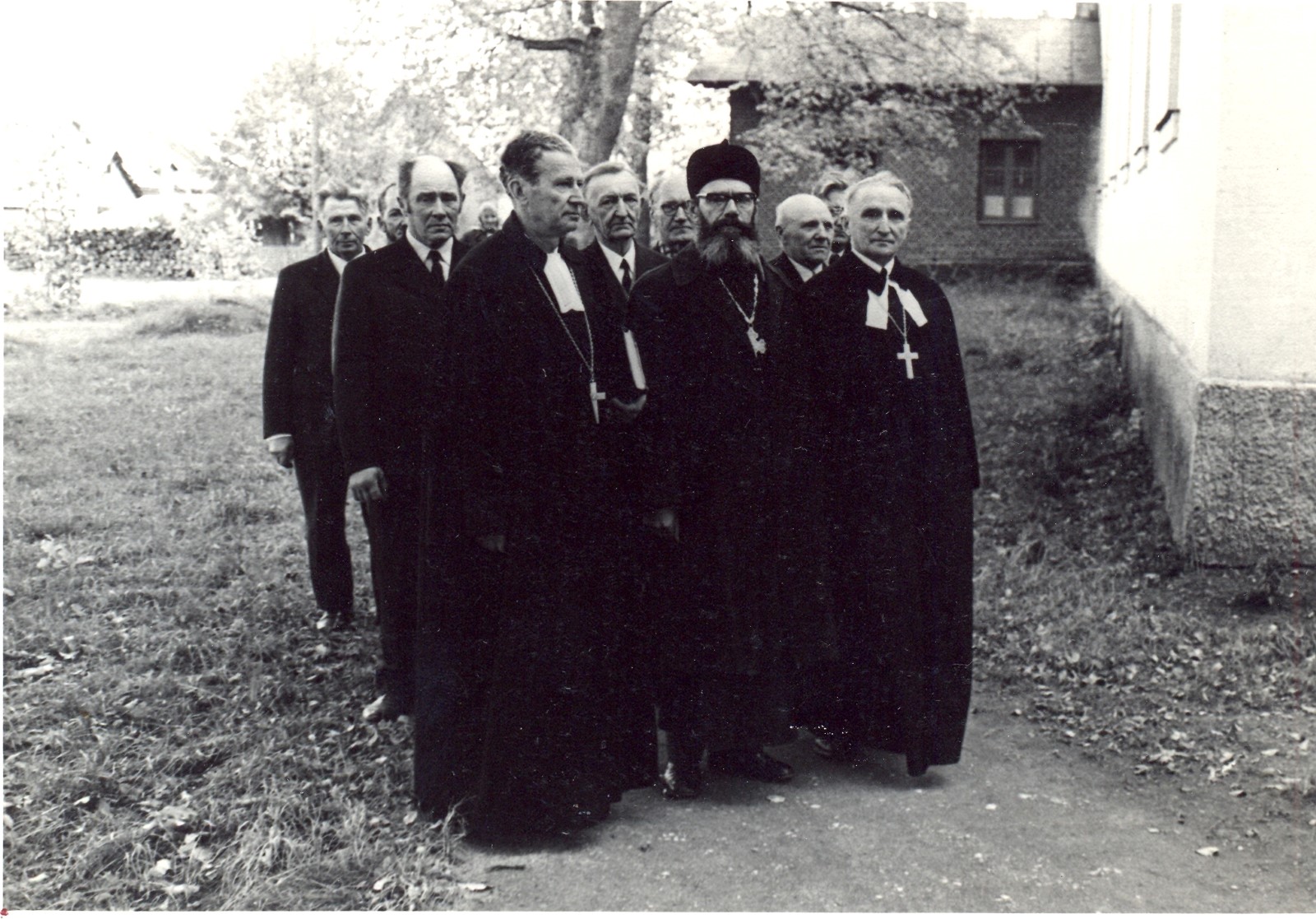 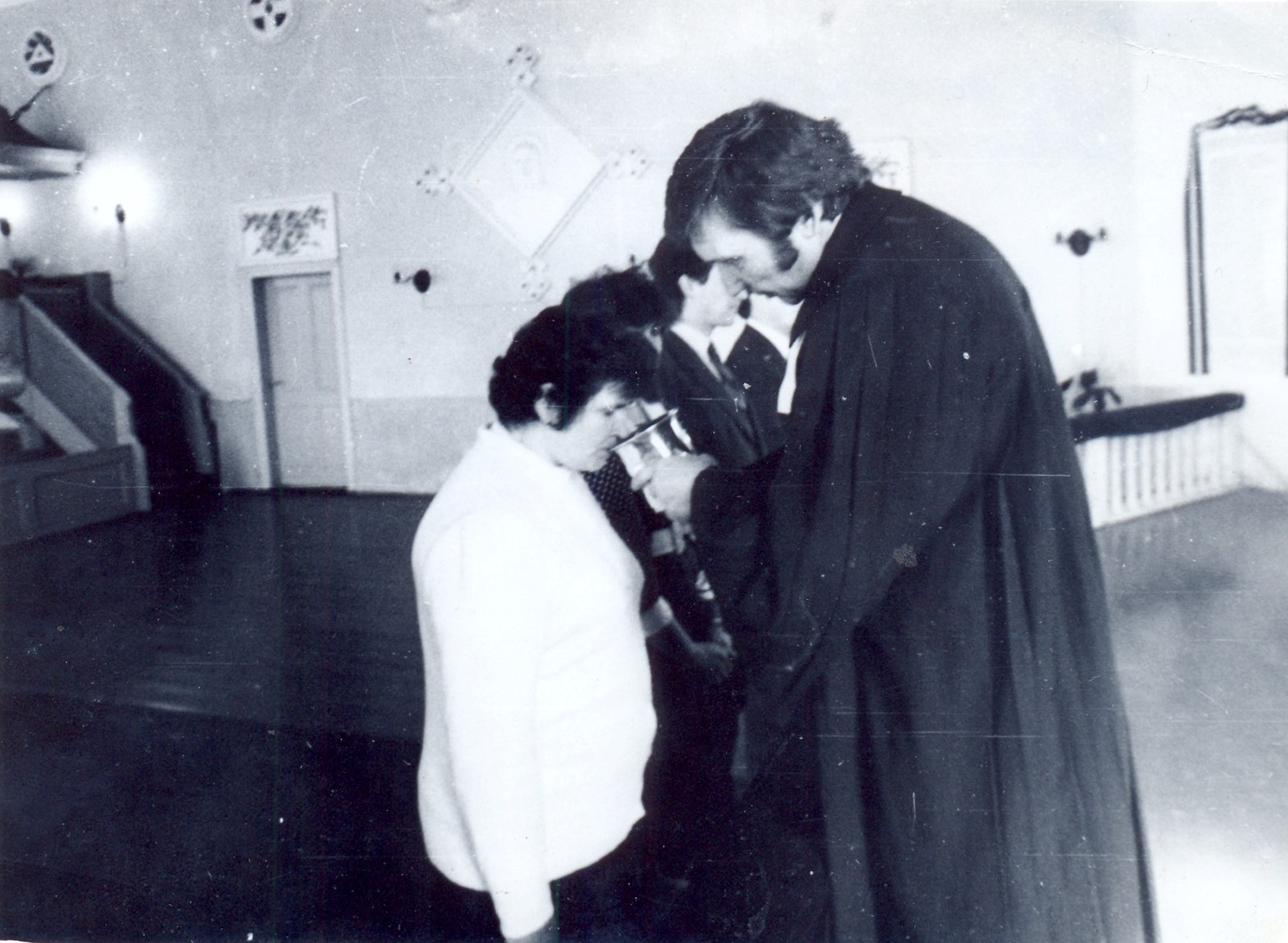 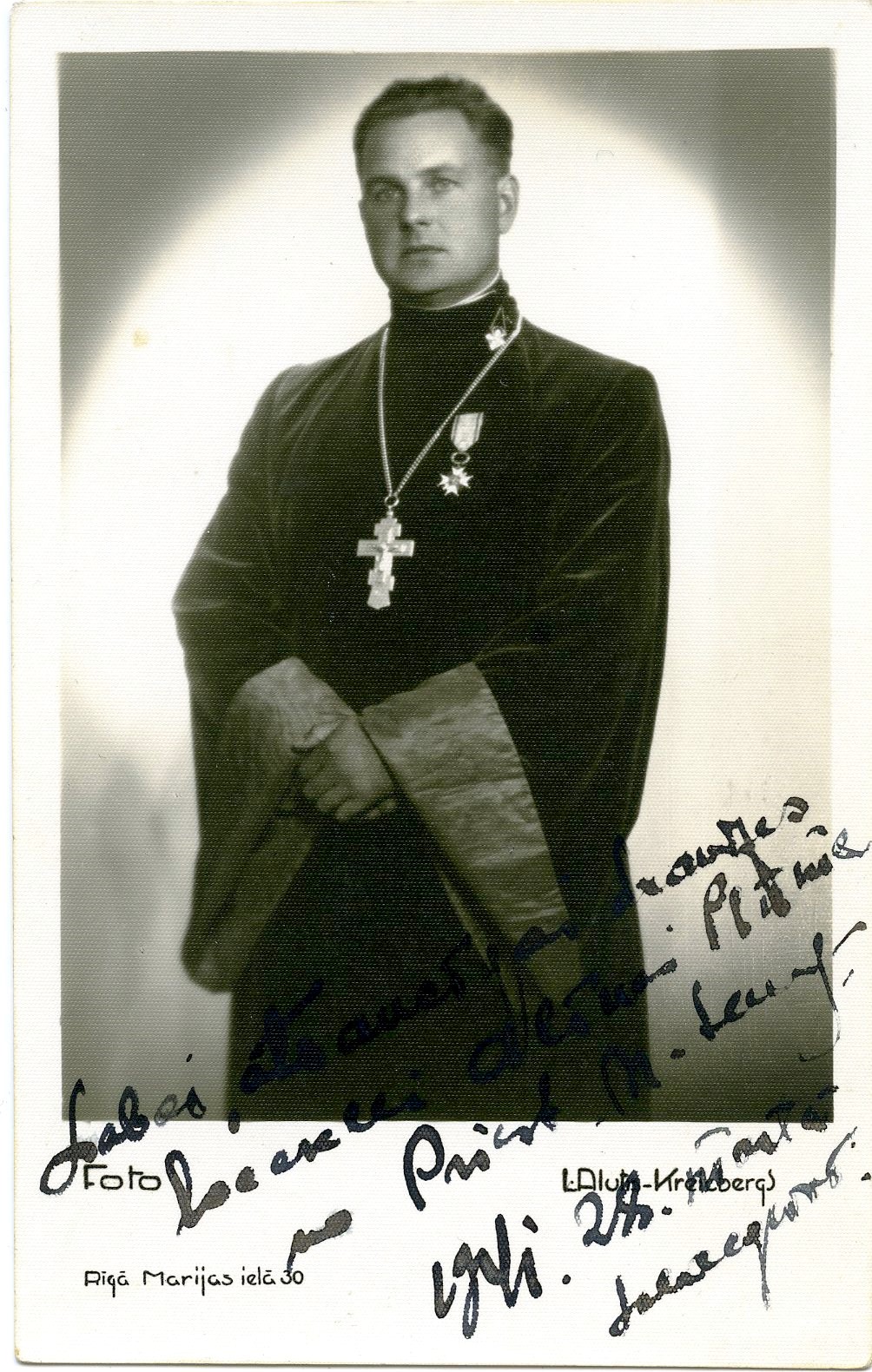 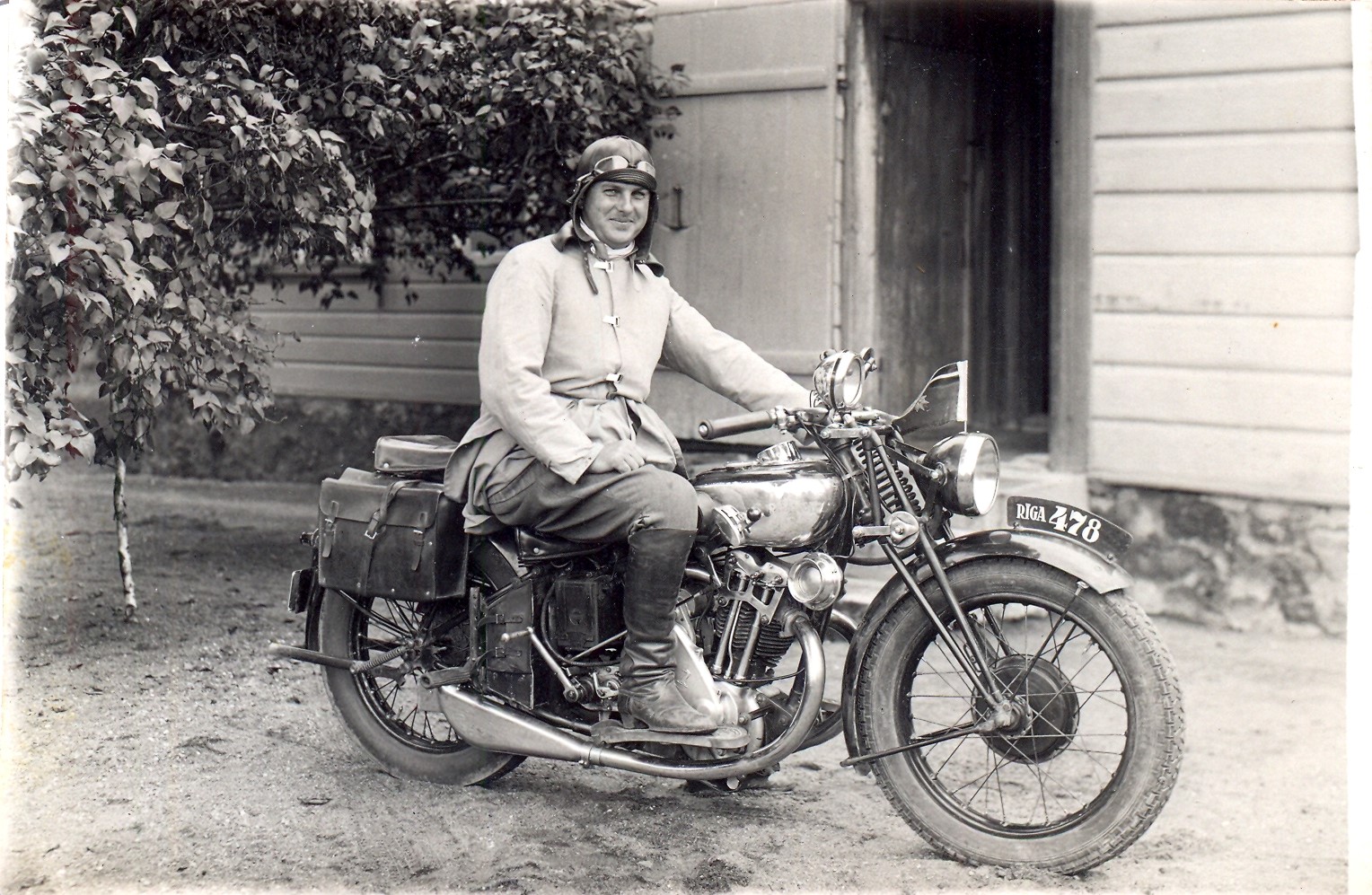 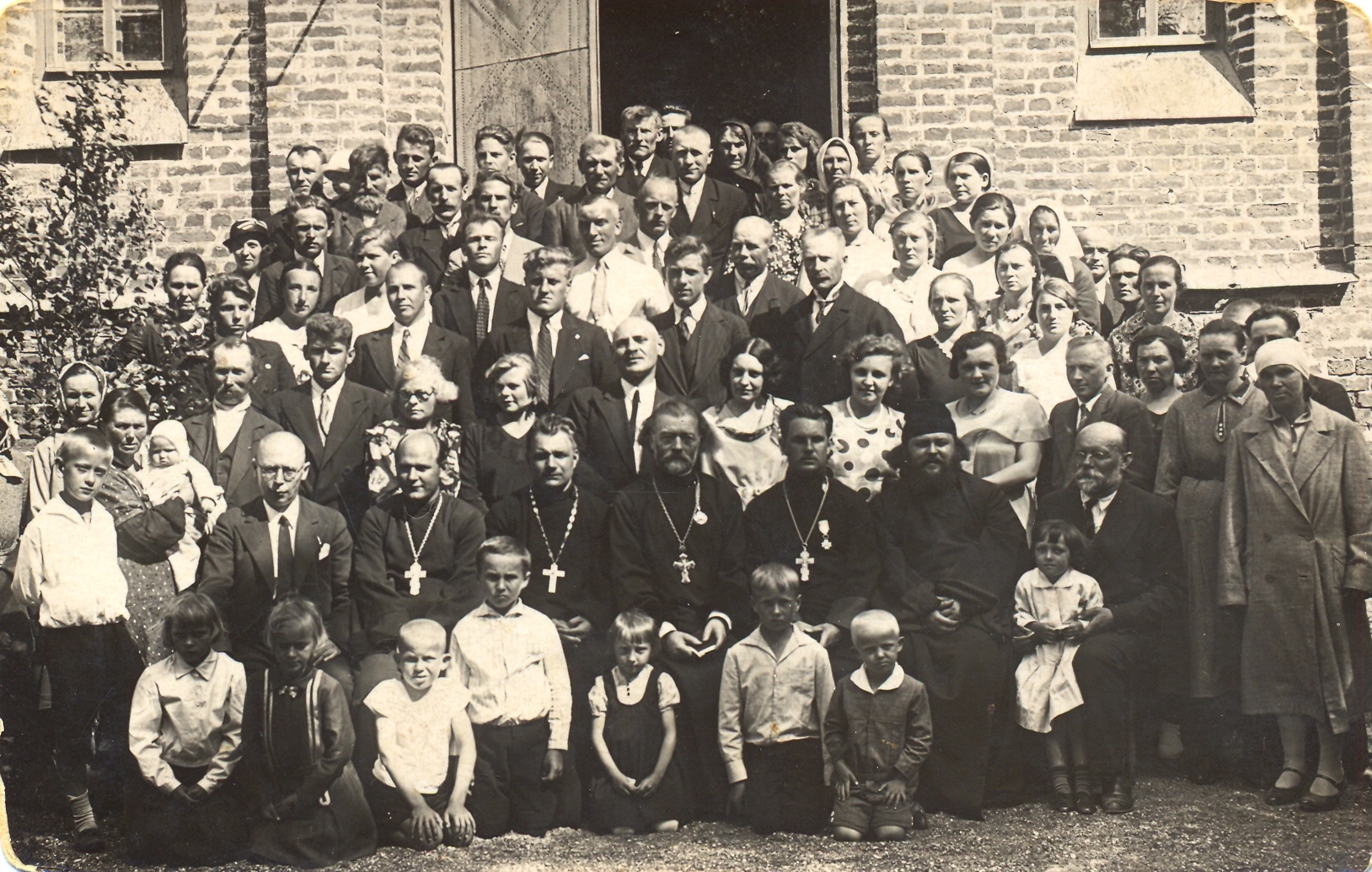 The Baltic German, he studied theology and philosophy in Tartu, Leipzig and Gottingen. In 1876 he obtained a degree of a DPhils. From 1890 he was a dean of Valmiera District. From 1916 to 1918 he was in exile as he had held the service in German. He married Charlotte Mary Brigit nee Hoerselmane. 4 sons and 3 daughters were born in wedlock. He was shot on March 26, 1919 in Riga.

In the middle of the first row – the priest Martins Celmins. 1920-s.

Martins Celmins (22.11.1863-12.03.1936). He was born in Lubani. He graduated from Lubani parish school and then from Riga 1st Gymnasium. He studied theology in Tartu. He joined the student organisation Lettonija. He served in German parishes in Russia for more than 20 years. After he returned to Latvia he was a priest in Lutheran Church Lielsalaca from 1923 to 1934. He is buried in the cemetery in Lubani. He was a keen folklore collector. He wrote down the folksongs and incantations.